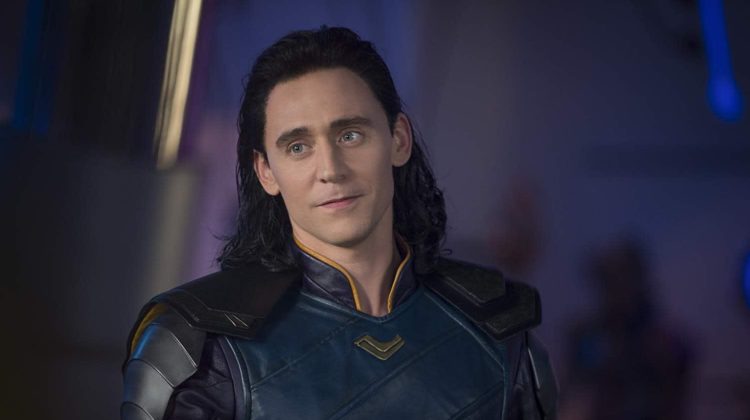 Fan favorite Marvel villain Loki is making his debut on Disney+ on June 11.

The long-awaited “Loki” series, which takes place after the events of “Avengers: Endgame,” stars Tom Hiddleston in the title role and will feature Owen Wilson.

The series centers on an alternative version of Loki that escaped the Avengers’ custody during their attempted “time heist.” The main iteration of the character was killed by Thanos in the early minutes of “Avengers: Infinity War.”

Loki, the adopted brother of Thor, has been a staple in the Marvel Cinematic Universe since the first “Thor” film back in 2011. He started a villain, driven to destroy his brother and enslave Earth out of jealousy and ambition. However, over the course of a decade of films, the character became more of an anti-hero and, before his death in “Infinity War,” had been redeemed for his previous actions.

“Loki” the series sees the character morphed back to his villainous roots. Having split from the official timeline, the Loki the audience will see is fresh from his defeat in the first “Avengers” film, where he had led an alien army into battle in New York City in an attempt to become the planet’s ruler.

The series is expected to contain six episodes and follow this new Loki as he comes up against the Time Variance Authority (TVA), an organization that monitors the multiverse. The show has been dubbed a “crime thriller” and early teaser trailers show Loki wreaking havoc across the universe.

A second season is already in development.

“Loki” will arrive in weekly installments just like “The Mandalorian” and “WandaVision.”

These weekly episode drops have been a smart move for Disney. Not only does it keep subscribers signed up for longer if they want to watch a whole series, but it turns each installment of the series into an event.

On Netflix, for example, subscribers would only have to wait a few seconds to watch the next episode. On Disney+ they had several days to create theories and interact with the rest of the fandom on social media.

This method has proven effective with both “The Mandalorian” and “WandaVision.” Marvel fans have eagerly awaited each new episode of the show, spending hours looking for easter eggs in previous episodes and trying to figure out where the series is going.

Marvel has been hinting at the expansion of the multiverse since it announced the Doctor Strange sequel would be called “Doctor Strange in the Multiverse of Madness” at San Diego Comic-Con in 2019 when Marvel.

The Marvel multiverse is just a fancy way of saying a collection of alternate universes. They are similar in nature to each other, but have slight variations. It’s a very popular concept in comic books, as it allows writers to reinvent characters and storylines for new generations.

Disney has already confirmed that Jamie Foxx will return as Electro from “The Amazing Spider-Man 2,” which featured Andrew Garfield as Spider-Man. And Alfred Molina, who portrayed Doctor Octopus during Tobey Maguire’s turn as the famed webslinger, is also confirmed as appearing in the third Spider-Man film featuring Tom Holland.

The Disney+ series “WandaVision,” which launched on the service in January, has also begun to explore the idea of the multiverse.

In the show Wanda’s deceased brother Pietro makes an appearance, but he’s not played by the Marvel Cinematic Universe actor Aaron Taylor-Johnson who portrayed the character in “Age of Ultron.” Instead, it is Evan Peters, who played Quicksilver in several X-Men films, which up until 2019 were owned by 20th Century Fox.

Disney’s television series, which debuted on its streaming service, have direct implications with the larger theatrical universe of Marvel films, head of the studio Kevin Feige has said.

Here’s a list of upcoming Marvel projects across TV and film:

There are a number of films and series that do not currently have official release dates. “Hawkeye,” “Ms. Marvel” and “What If…?” are Disney+ shows expected to be released in 2021. Meanwhile, “Moon Knight,” “She-Hulk,” “The Guardians of the Galaxy Holiday Special,” “Secret Invasion,” “Ironheart,” “Armor Wars” and an untitled series set in Wakanda are due out in 2022 and beyond.

Theatrically, a third Ant-Man and Wasp film is slated for 2022, and a third Gurdians of the Galaxy film is set for 2023. Films centered around Blade and the Fantastic Four are also in the works.

After ‘The Voice’ and BET, two Mississippians give one last concert before heading to L.A. Published 6:45 am Monday, January 30, 2023 … END_OF_DOCUMENT_TOKEN_TO_BE_REPLACED