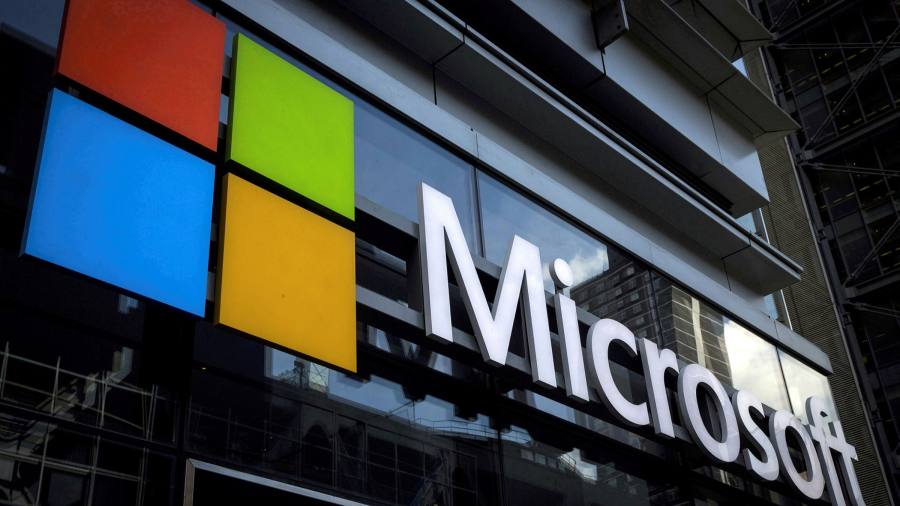 Surging sales of PCs and gaming consoles, along with a growing dependence during the pandemic on digital services delivered through the cloud, pushed Microsoft’s financial performance ahead of expectations in the opening months of this year, according to figures released late on Tuesday.

However, the software company’s shares fell back 3 per cent in after-market trading, giving up some of this year’s strong gains.

They had already leapt 20 per cent since the start of 2021, making Microsoft the clear stock market winner among Big Tech companies and adding some $400bn to its value.

Satya Nadella, chief executive, said the latest figures showed that the “digital adoption curves” seen since the start of the pandemic were not slowing down, as customers switched more of their operations to the cloud. “They’re accelerating, and it’s just the beginning.”

Each of Microsoft’s three divisions turned in a better than expected performance, with the Intelligent Cloud business seeing the strongest revenue growth, at 23 per cent. Growth at Azure, Microsoft’s cloud computing platform, slowed down slightly, though at 46 per cent, excluding the effect of currency swings, it was still ahead of most forecasts.

The company’s commercial cloud businesses — the broadest measure of demand for the digital services delivered from its centralised data centres — saw revenue increase 33 per cent, only slightly below the rate in the preceding three months.

While newer cloud businesses led the growth, Microsoft’s financial performance also benefited from its traditional — and higher margin — PC software business. The number of PCs sold around the world jumped by more than 30 per cent in the first quarter, according to research firm Gartner. As a result, Microsoft’s revenue from selling Windows to computer makers rose 10 per cent.

Along with a 34 per cent jump in sales of Xbox following the launch of a new console, Microsoft’s More Personal Computing division recorded revenue of $13bn, up 19 per cent.

[ad_1] Superconducting quantum computers are huge and incredibly finicky machines at this point. They need to be isolated from anything that might … END_OF_DOCUMENT_TOKEN_TO_BE_REPLACED