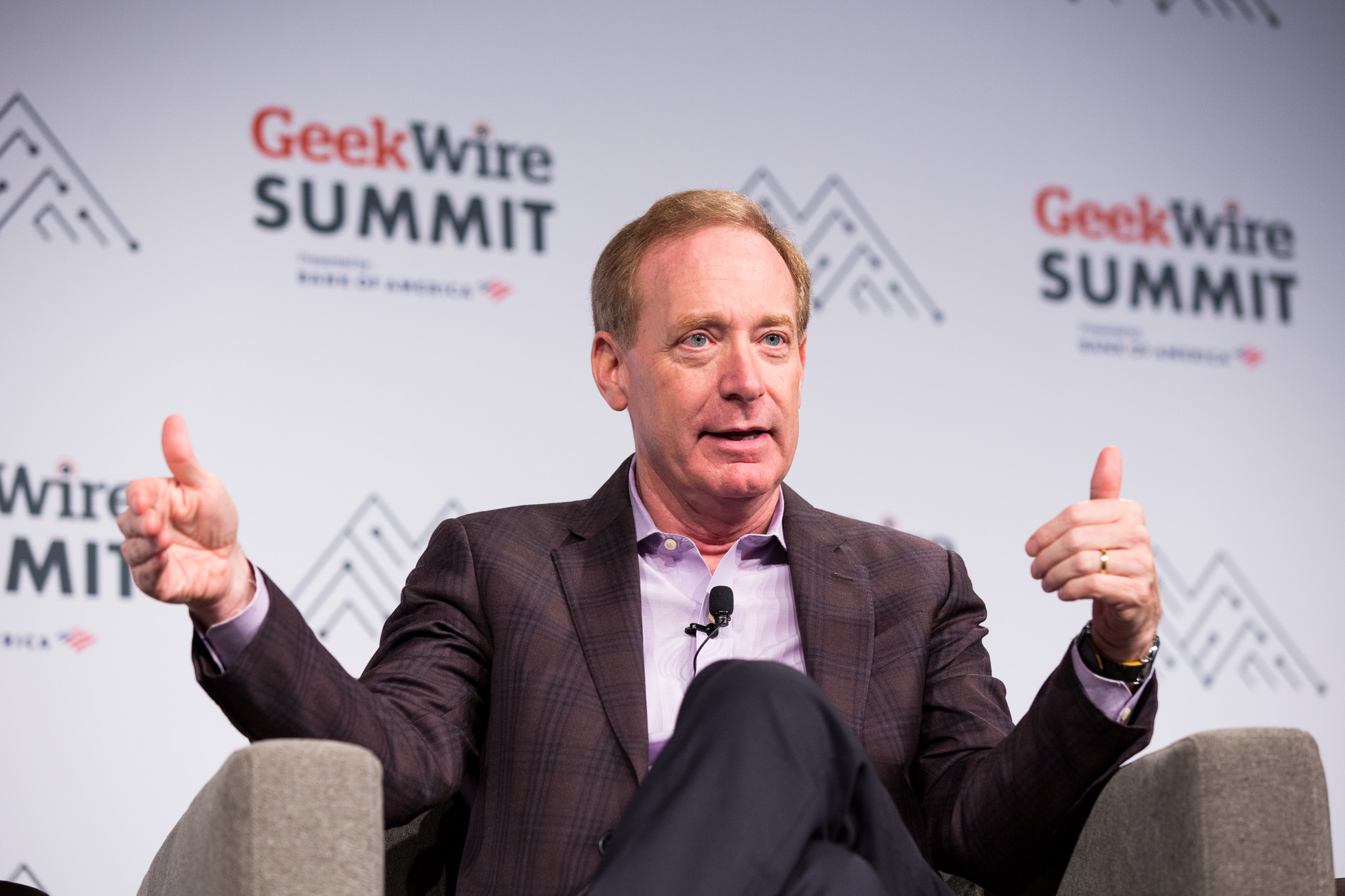 Microsoft President Brad Smith sharply criticized the former Trump administration and what he characterized as years of overreach by the federal government when it seeks private citizens’ personal information from tech companies and then forbids those companies from disclosing it to the targets.

“…with the expansion of cloud computing in every industry, the federal and state governments know (government investigators) quickly can obtain data electronically from sources other than the target,” Smith wrote in an opinion piece Monday in the Washington Post. “So that’s what they do. In secret.”

At issue is the growing scandal of the Trump administration’s efforts to investigate members of Congress and reporters by secretly obtaining their phone records. According to stories first reported in the New York Times, the U.S. Department of Justice in 2018 secretly demanded phone records from Apple that targeted two Democrats.

Microsoft also received a secret request for the personal emails of a staffer for one of the members of Congress. The government also then got a court order that required both companies to refrain from talking about the data requests or seizures.

These techniques were not always standard, Smith said, and the use of them undermines basic freedoms. “Not long ago, if the government wanted to serve a search warrant as part of a criminal investigation, it had to do so in person, with notice,” Smith wrote.

“An agent or officer needed to bring a signed warrant to a house or building and hand it to the target of the probe at the front door; only then could the government search the premises for documents, records, and computer files.”

But not anymore. The government can simply spy on someone by getting a court order directed at a tech company — particularly those involved in cloud computing — and then demanding silence from that company.

On Monday, Attorney General Merrick Garland said that the Department of Justice will revise its internal rules about when and why federal investigators will seek information from members of Congress and their staff. The DOJ also promised to look into reports of the agency seizing phone data seized from reporters at New York Times, the Washington Post, and CNN.

Smith said he is not against secrecy when it is needed for major investigations but it always should be a high bar before it is invoked. “While there are times when secrecy is needed, prosecutors too often are exploiting technology to abuse our fundamental freedoms.”

[ad_1] Superconducting quantum computers are huge and incredibly finicky machines at this point. They need to be isolated from anything that might … END_OF_DOCUMENT_TOKEN_TO_BE_REPLACED