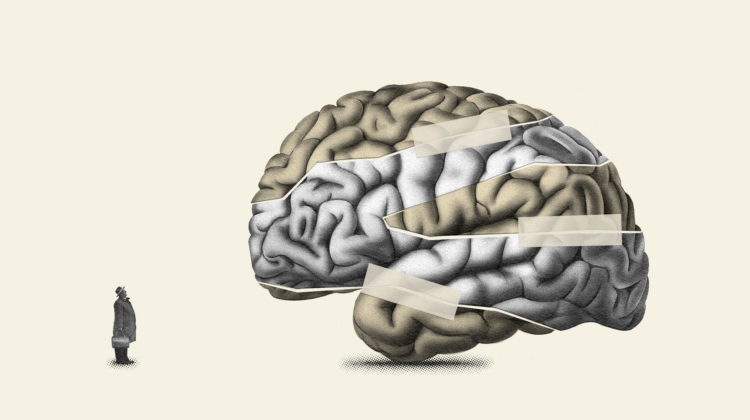 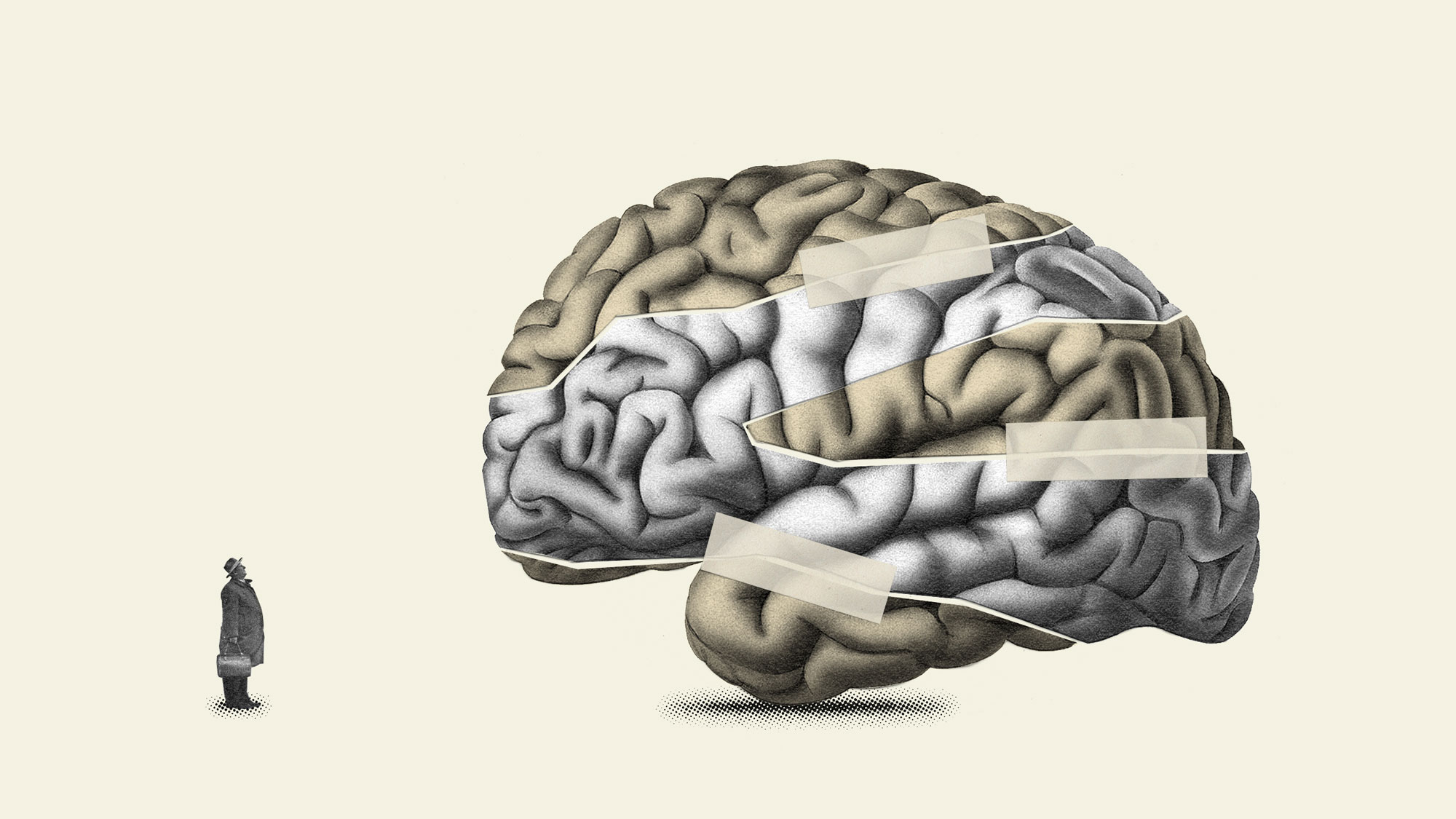 While many people think of migraine attacks as little more than bad headaches, migraine is in fact a chronic condition whose symptoms can be far more debilitating than an ordinary headache. Migraine attacks are often accompanied by intense pain, difficulty thinking, changes in vision, dizziness, nausea, and increased sensitivity to light, noise, and smells. Furthermore, research has shown that migraine is among the most disabling disorders in terms of its long-term impact on quality of life, and it is extremely prevalent: 47 million Americans and over a billion people worldwide suffer from migraine, with attacks peaking during the most productive professional years (25-55 years old).

Because migraine is so ubiquitous and disabling, it represents not only a significant amount of human suffering, but also a major cost to employers. While recent research is limited, studies from the last two decades found that productivity lost due to migraine costs U.S. employers at least $13 billion and European employers €27 billion every year — and these costs have likely only increased in the years since the studies were conducted. Some of those costs are due to work absences and short-term disability claims, but the vast majority — 89% — stem from presenteeism: that is, employees showing up to work but exhibiting decreased productivity. Employees with migraine miss an average of 4.4 workdays per year due to migraine attacks, and they spend another 11.4 days per year with reduced productivity, which can cost employers even more than actual absences.

Luckily, there are a number of practical ways to address the costs of migraine (both for businesses and their employees). In our recent research, we analyzed 26 academic articles on the topic of migraine in the workplace to identify the most effective strategies employers can use to support their employees and maximize productivity.

First, we found that simply instituting migraine education programs was associated with an increase in productivity of 29-36%, due to fewer workdays missed because of migraine attacks, fewer days worked with migraine attacks, and increased effectiveness on days when employees did work with migraine attacks. These programs consisted of lunch conferences, webinars, email newsletters, and online materials made available to employees on topics including communicating with your colleagues about migraine, lifestyle changes that can mitigate symptoms, and pharmacological options for migraine management.

For example, one study examined the impact of migraine education on productivity at three U.S. companies. These companies gave their employees access to a free informational website as well a variety of info packets and newsletters, all focused on building awareness about the condition, common triggers, and treatment methods. The researchers found that after just six months, the program resulted in a 25% reduction in missed workdays due to migraine attacks, a 32% reduction in days worked with an attack, and an almost 10% increase in employees’ self-reported effectiveness on days when they were working with a migraine attack — adding up to an average 34% decrease in total costs to the employer per employee diagnosed with migraine.

In addition to providing resources for employees who suffer from migraine themselves, these programs also aimed to educate all employees about how serious and debilitating migraine can be, as well as to reduce the stigma associated with taking time off due to migraine attacks. According to a survey of almost 200,000 U.S. workers, only 22% of employees think that migraine is a serious enough condition that it warrants staying home from work. Another study found that employees with migraine tend to feel less secure in their jobs and less confident in their performance at work, leading to presenteeism and in many cases, reduced pay. Educating both employees with migraine and their managers and coworkers on the very real impact of this condition is the first essential step to mitigating the harm it can cause.

Next, in addition to initiatives designed to raise awareness about migraine, many studies identified migraine management programs as an effective tool to reduce the impact of migraine on productivity in the workplace (in terms of both absenteeism and presenteeism). These programs varied from company to company, but in general, they involved voluntary and anonymous migraine evaluation for all interested employees — either through an assessment by a medical professional or a diagnostic survey — followed by optional migraine management programs made available to employees diagnosed with migraine.

For example, in one study, researchers tracked the impact of a migraine management program implemented with the Spanish Postal Service. In this program, all employees were mailed a routine voluntary health screening survey, and those who reported migraine symptoms were asked to visit their branch’s Occupational Health Office for an evaluation by a physician. If they met formal migraine diagnostic criteria, they were offered preventative medications, medications for acute treatment of attacks, and/or counseling sessions in which a doctor explained lifestyle and diet factors that can trigger or worsen migraine attacks (such as stress, bright lights, poor posture, certain odors and foods, etc.).

The study found that after the program was launched, employee absences due to migraine decreased by 53%, and productivity on days when workers experienced migraine attacks increased from 59% to 94.8%, amounting to a total reduction in productivity costs from €34.5 down to €4.6 per migraine per employee (an almost 90% decrease!). Of course, it’s also important to note that treatment costs will vary depending on the local health care system. In the Spanish study described here, the costs of the program were shared between researchers and government funds, but in many cases, companies will need to consider insurance coverage and any out-of-pocket expenses associated with these programs before implementation.

Along those lines, we reviewed another study which conducted a thorough cost-benefit analysis of migraine management programs offered at a Swiss pharmaceutical company. This organization launched a massive awareness campaign targeting all employees via email, info booths set up in public spaces, lectures, newsletters, brochures, and other forms of communication. Following this campaign, employees were given the option to get anonymously evaluated by a neurologist via a telemedicine consult. Those who tested positive for migraine were offered a variety of treatment options, including a series of six monthly, individualized, smartphone-based coaching sessions. These sessions guided participants through migraine prevention and management techniques, such as identifying and avoiding migraine triggers and optimizing their medication use.

Of course, a comprehensive program like this comes with a hefty price tag: the cost to the employer was 920 Swiss Francs (around $1,000) per participant who completed the six-month program, and about half that for participants who dropped out of the program early — but the study found that it was more than worth it. After the program, absences due to migraine decreased by almost 50%, and the average number of days during which employees experienced at least a 50% reduction in productivity due to migraine decreased from 3.9 to 1.6 days per month. Altogether, that added up to productivity gains equivalent to an average 10.8 more workdays per year for employees who completed the program, and an almost 5x positive return on investment (that is, the net productivity benefits divided by the total costs of the program).

Finally, in addition to targeted education and management programs, there are a number of ways we found that managers and organizations can build work environments that are supportive of employees with migraine. First, existing resources such as gyms, occupational health services, and general medical screening programs can be expanded and made more easily accessible. Two of the studies we reviewed found that simply increasing access to gyms for daily exercise decreased the frequency of migraine attacks among employees, while providing occupational health physicians for same-day migraine attack treatment significantly reduced the productivity hit otherwise associated with attacks.

Second, typical best practices for creating a positive working atmosphere can also significantly reduce the negative impact of migraine. Across the studies we looked at, greater job satisfaction, autonomy, and social support from supervisors were all associated with increased productivity for people with migraine, while a stressful work atmosphere was associated with decreased productivity.

Third, there are a number of specific changes organizations can make to their work environments to reduce or eliminate migraine triggers. Bright lights, loud noises, strong odors, poor air quality, and restricted access to water and restroom breaks were consistently associated with decreased productivity among workers with migraine. Investing in blue light screen filters, natural light sources, and ergonomic workstations; enforcing quiet areas; and providing easy access to fresh air, water fountains, and restrooms will greatly improve the productivity of workers with migraine — and likely other employees as well. In addition, managers should consider asking employees to refrain from wearing strong perfumes and eating food in work areas (rather than designated kitchens or cafeterias), in order to support their odor-sensitive colleagues.

Today, more than one in ten employees suffer from migraine — and that corresponds not just to a lot of discomfort, but also to huge costs in terms of both absenteeism and presenteeism. Fortunately, the research shows that there are a number of actions organizations can take both to prevent migraine among workers, and to reduce the impact on productivity when migraine attacks do occur. Through a combination of migraine education programs, management services, and a healthy, trigger-free work environment, managers can support workers with migraine and increase productivity across the board.

After ‘The Voice’ and BET, two Mississippians give one last concert before heading to L.A. Published 6:45 am Monday, January 30, 2023 … END_OF_DOCUMENT_TOKEN_TO_BE_REPLACED