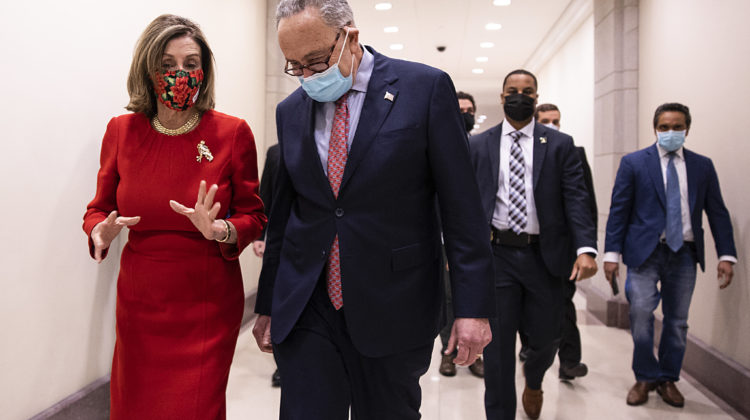 On his path to the Oval Office, President Joe Biden commendably ran on “restoring the soul” of America, and repeatedly stressed a desire to work across the aisle. So why, some critics question, are he and Democrats in Congress using arcane budget rules to move their own, $1.9 trillion American Rescue Package?

To assess whether that’s a fair question, it’s important to understand what the budget reconciliation process is, what it isn’t, and why at this particular moment it may be necessary.

First, we need to remember the straits we’re in. We’re approaching the one-year mark of shutdowns and stay-at-home orders due to the pandemic, and people are still suffering. Vaccine distribution, while picking up, is still behind where it needs to be. Unemployment benefits are set to expire on March 14th.

Reconciliation is a process that Congress established to expedite legislation designed to control spending, revenue, and debt levels. Under that process, Congress adopts a budget resolution that directs House and Senate Committees to report bills that hit defined spending and revenue targets. From there, the Budget Committees consolidate the bills and send them to the full chambers for consideration under tightly controlled conditions.

These conditions, such as strict limits on how the bill can be put on the floor, and how long amendments can be considered and the bill can be debated, give it a powerful “privileged” status that allows majorities to move them quickly and, if needed, without minority support.

At a time when we are in a national emergency, Republicans should not let posturing over procedure prevent them from bringing good ideas to the table.

While this is an expedited process, there are still guardrails, like the Byrd Rule— named after late Senator from West Virginia, Robert Byrd—that place checks on what provisions can be included. For example, changes to Social Security cannot be considered, bills cannot increase the deficit beyond the period specified in the resolution (usually ten years), and provisions must be primarily budgetary in nature (an attempt to prevent backdoor legislating on policy matters).

What budget reconciliation is not is new or novel. Since the reconciliation procedure was introduced in 1980, 21 reconciliation bills have been enacted into law and four have been vetoed. For example, Democrats used reconciliation to pass changes in health care in 2010, Republicans used it to pass tax cuts in 2017, and tried (and failed) to use it to repeal the Affordable Care Act.

So, using budget reconciliation doesn’t mean that President Biden is abandoning bipartisanship. It just means that he recognizes that when it comes to providing more resources to respond to the pandemic, we’re on the clock. Americans in communities across the country desperately need Congress to act and to pass legislation that provides the necessary economic relief.

That is why if the 60 votes typically needed for the passage of bipartisan legislation can’t be found, the Democrats will be justified in continuing down the reconciliation path. The needs of today are too great to accept inaction.

So, this week it is likely that the House Budget Committee will combine the bills from nine House committees into one bill and send an emergency relief bill to the full House. As the process unfolds, key priorities may fall by the wayside (for example, Democrats desired $15 minimum wage may likely run afoul of the Byrd Rule). But, overall the process will provide a path for government to respond quickly to an ongoing public health and economic crisis.

After passing the COVID-19 aid package, Democrats can also use a budget resolution for this fiscal year to bypass partisan squabbles and enact more of the Biden agenda. This reconciliation bill could include infrastructure, health insurance, and climate change legislation – all big parts of Biden’s build back better plan.

However, reconciliation can only be used in certain situations in Congress, and should only be used when circumstances require. The need to provide emergency relief qualifies as such a moment, but over the long-term, slim majorities in the House and Senate will ultimately require President Biden to maintain his desire to be bipartisan, and for Republicans to meet him at least halfway.

Heidi Heitkamp served as the first female senator elected from North Dakota from 2013-2019 and is co-founder of the One Country Project.

Email service Outlook appears to be suffering an outage, predominantly affecting users in the United States.According to data from DownDetector, … END_OF_DOCUMENT_TOKEN_TO_BE_REPLACED

Virtual reality accessibility has gone from strength to strength in recent years, with Oculus VR leading the pack thanks to its all-in-one, … END_OF_DOCUMENT_TOKEN_TO_BE_REPLACED

“Certification can be a tool in the toolbox, but don’t be limited by that,” Dr. Miller said. “It’s about choices, and travelers do have the … END_OF_DOCUMENT_TOKEN_TO_BE_REPLACED