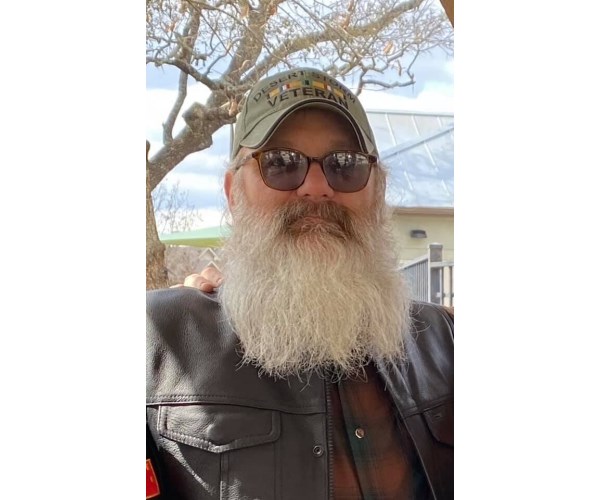 Born November 7, 1967 in Rapid City, SD to Pieter C. Wouden and Claudia Leonard Smith, Pete was anything but ordinary. Outgoing, curious, and adventurous, he enlisted in the US Marine Corp while still in high school. Actively serving from 1986 -1992, he deployed both stateside and to Kuwait as part of Operation Desert Storm, earning numerous medals, ribbons and commendations. After the Marines he continued his service in the Army National Guard and in 1997 returned to active duty with the US Army, again earning numerous accolades for his outstanding service.

After discharge from the Army, Pete continued his ongoing education, earning a Bachelor of Science degree from the University of Phoenix in information technology. Hiring on with National Defense contractor General Dynamics, he became an expert on multiple IT operating systems. He had the luxury of being able to travel extensively all while installing, maintaining, and upgrading systems used in our Nation’s Defense. Pete had a love for all things mechanical and a do-it-yourself mentality. If he did not know how to fix it, he learned.

Pete had a big heart and an overwhelming need to help and be an active participant in any group or function he was affiliated with. He was never content just sitting on the sideline.

Pete was a devoted Christian and a humanitarian. His bright disposition and work ethic made him stand out and helped him achieve the expanding goals he set for himself. He could have lived anywhere, but chose Bandera, Texas. This is where he became a member of the Combat Veterans Motorcycle Association, a group he loved and admired for both their camaraderie and their mission, “Vets Helping Vets”. He considered this group his extended family.

Pieter was preceded in death by his mother, Claudia Leonard Smith, and stepfather, Elmer Smith.

He is survived by his father, Pieter C. Wouden, his stepmother, Margery L. Wouden, and siblings, Callie, London, Kristen, and Dustin

He will be buried at the Black Hills National Cemetery.

LANSING, Mich. (WLNS) — The Crime Stoppers of Mid-Michigan are staying busy this week, with four different cases that they need your help with. Two … END_OF_DOCUMENT_TOKEN_TO_BE_REPLACED