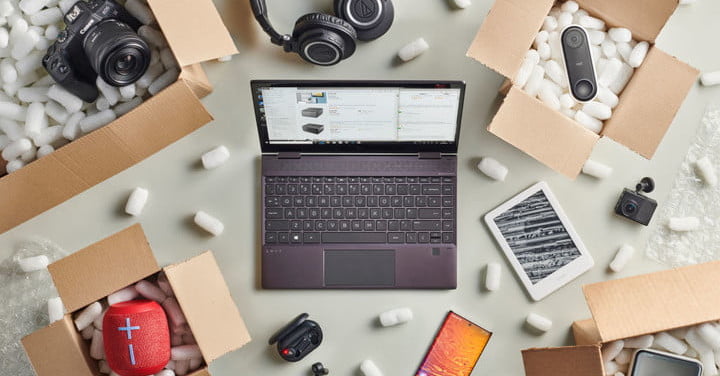 Two of the biggest sales events of the year are Amazon’s Prime Day and Black Friday, but how do you know which is the best one to shop? And are there key differences between the two events? Read on as we weigh up Prime Day versus Black Friday and explain everything you need to know about the two sales events.

What is Prime Day?

Prime Day is Amazon’s annual sales event to mark its birthday. It’s exclusively for Amazon Prime members rather than anyone with an Amazon account, but it’s possible to access the deals via an Amazon Prime free trial if you subscribe at the same time as the event.

We don’t have a set date lined up yet for Prime Day but, traditionally, it’s held during the first or second week of July. The two-day sales event has gone from strength to strength since its creation in 2015.

In 2020, the event was postponed until October 13 through 14 due to the COVID-19 pandemic but it’s expected that Prime Day 2021 will return to its usual slot in July giving consumers a chance to snag some bargains during the summer rather than needing to wait until the holiday season.

While it’s a two-day event, some deals only last for 24 hours while others — known as Lightning deals — last a matter of hours to entice you into a speedy purchase.

Prime Day generally only means sales at Amazon but in recent times, a growing number of major retailers such as Best Buy, Walmart, and Target use the same time of year to promote their own sales in direct competition with Amazon.

In 2020, Amazon saw its Prime Day event achieve the biggest revenue totals it’s ever seen during a sales event, so it’s likely the company will want to continue this level of growth in 2021.

What is Black Friday?

Black Friday is the traditional sale that happens on the Friday following Thanksgiving in the U.S. That means that in 2021, it’s definitely happening on Friday, November 26. It’s generally regarded as the busiest shopping day of the year with each Black Friday season growing bigger in scope and success. While once upon a time, the sales event only lasted for one day — the Friday itself — the event now extends across the weekend into so-called Cyber Monday.

It’s not exclusive to any one retailer with pretty much every retailer you can think of offering extensive sales and price cuts during this period of time. A certain amount of sales creep has occurred with some sales starting the week before Black Friday and extending throughout the season to encourage consumers to spend plenty before the holidays.

Once exclusively the domain of the U.S, Black Friday now often means big sales across the world all in a bid to encourage people to pick up bargains for less in time for the coming winter months.

Much like Prime Day, deals can vary in length meaning some offers only last hours while others can last a day or even the entire weekend.

What are the differences between the two events?

In comparison, Black Friday is open to everyone with major retailers very keen to lure you in with big discounts.

There’s also the matter of timing. Prime Day traditionally runs during early July (besides the pandemic-afflicted Prime Day 2020) while Black Friday occurs in late November. That means that one is ideal for your holiday shopping needs while Prime Day is more about buying stuff for the summer.

Prime Day also only really happens at Amazon although some other retailers are starting to embrace early July as a good time to offer up great sales to compete with the online giant. Black Friday is a general event for all retailers so, typically, your choices are far more varied.

When’s the best time to buy?

First of all, it depends on when you need the item. If your laptop has just died in time for the Prime Day deals, it’s really not worth waiting until November for Black Friday. After all, you need a replacement immediately, right?

When it comes to treating yourself or buying gifts for loved ones, the decision gets a little more complicated.

Crucially, if you’re planning on buying the latest gadget (or not so latest example), you want to buy it as close to the time you plan on giving the gift as possible. That’s because technology changes fast and you may find yourself left with last-generation technology to give someone. Worse, last-generation technology is usually discounted when the new range is launched so you don’t really want to stockpile the items for months on end in such a fast-changing world.

When it comes to new releases, oftentimes, manufacturers like to launch products ready for the holidays. That means if you want the absolute latest products and you’re willing to wait and see if they’re discounted, Black Friday is the time to wait for. Typically such products won’t be substantially reduced if they’ve only just been released but you can still usually enjoy some form of price cut regardless.

Generally, Prime Day is considered best for technology while Black Friday is good for all kinds of things including homeware, bedding, mattresses, and more day-to-day living items. That gap is closing though as Prime Day becomes a bigger deal.

If you’re a little indecisive, it can be worthwhile taking a two-pronged approach to sales season too. Keep an eye on the prices during Prime Day and if you can’t quite decide, wait it out until Black Friday when it’s likely the item will be reduced in a similar way again. There’s an element of risk here as there’s no guarantee you’ll see the same price cuts, but for the undecided consumer, it can be worth doing.

Which sale has the best prices — Prime Day or Black Friday?

Generally, price reductions are more or less the same with Black Friday sometimes running a little cheaper than Prime Day. However, by doing your holiday shopping much earlier in the year during Prime Day, you can spread the cost throughout the year when it comes to buying expensive gifts.

Also, Amazon-branded products such as the Amazon Kindle, Amazon Echo, and even products owned by Amazon such as the Ring Video Doorbell are generally reduced far more so during Prime Day. That’s because Amazon is always keen to promote their own products during this time.

As mentioned, Prime Day tends to focus on more technology than Black Friday (although that’s not always guaranteed) so expect to see the best prices on gadgets during Prime Day, but more daily living items on offer during Black Friday. As technology ages though, you may want to check you’re not buying soon-to-be dated stock during Prime Day. Unless having the latest technology doesn’t matter to you, of course.

So, what should I do?

Honestly, don’t stress. Both Prime Day and Black Friday are great times to buy if you’re a keen consumer and there’s no one ‘perfect’ sale. The discounts between each sales season is getting narrower by the year. The only thing you really need to worry about is when you want to buy the item you’re considering. If you need it in the summer, snap it up during Prime Day. However, if you’re fine to wait until the holidays or you want to buy a gift nearer to the gift-giving season then wait for Black Friday.

Also, make sure you do your research beforehand. Know exactly what you’re looking to buy and don’t be lured into offers that don’t work for you. It’s easy to be dazzled by the big discounts or a countdown clock that creates urgency, but there’s simply no point in splashing out on something you don’t intend on using.

Keep checking in here and we’ve got all the best deals for both Prime Day and Black Friday so you won’t miss out on a great offer.

We strive to help our readers find the best deals on quality products and services, and we choose what we cover carefully and independently. The prices, details, and availability of the products and deals in this post may be subject to change at anytime. Be sure to check that they are still in effect before making a purchase.

Digital Trends may earn commission on products purchased through our links, which supports the work we do for our readers.

After ‘The Voice’ and BET, two Mississippians give one last concert before heading to L.A. Published 6:45 am Monday, January 30, 2023 … END_OF_DOCUMENT_TOKEN_TO_BE_REPLACED

Despite increasing layoffs across the country, demand for IT pros remains high, especially for software developers and senior software … END_OF_DOCUMENT_TOKEN_TO_BE_REPLACED