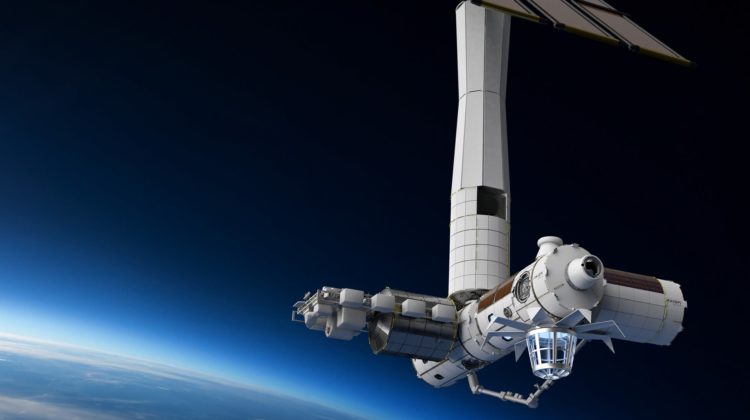 A artist’s illustration of the company’s space station in orbit.

Houston-based Axiom Space is going full tilt into scaling production of private space stations, while also flying paying passengers on trips to orbit, with the company announcing $130 million in a new round of funding on Tuesday.

“This round lets us go make a major payment in the build of our [space station] module and lets us build up the team, which we’ve been expanding at just a crazy pace,” Axiom president and CEO Michael Suffredini told CNBC.

While Axiom declined to comment specifically on its valuation, Suffredini said it is now “well past the point” of becoming a unicorn – meaning the company’s valuation surpassed $1 billion, putting Axiom among the top 10 most valuable private U.S. space companies.

The raise was led by C5 Capital, and was joined by Declaration Partners (which is backed by David Rubenstein, the co-founder of The Carlyle Group), TQS Advisors, Moelis Dynasty Investments, Washington University in St. Louis, The Venture Collective, Aidenlair Capital, Hemisphere Ventures and Starbridge Venture Capital.

“Axiom Space is a force in the space sector, and it will become a centerpiece of the C5 Capital portfolio and enhance our vision for a secure global future,” Meyerson said in a statement.

Suffredini noted that C5 approached Axiom about leading the round in June, but delays in some investors “getting the money together” meant it took through December to get it done. He emphasized that the delays weren’t because “of a lack of interest,” saying that “the market is excited about what we do” – since it falls distinctly in an emerging sector of the space industry, whereas many companies focus on rockets or satellites.

Axiom did discuss going public, Suffredini said, especially as SPACs (special purpose acquisition companies) have become an option for space companies looking to raise money. Suffredini expects the company will again assess the “public versus private” conversation the next time it seeks capital. He added that Axiom has “two to three acquisitions we’ll look at over the next year” as it examines ways to add complementary capabilities while the company grows.

Founded in 2016, Axiom has now raised $150 million to date, with executive chairman Kam Ghaffarian having provided its seed funding through IBX, his family office. Ghaffarian co-founded Axiom with Suffredini, shortly after the latter’s retirement following a decade at NASA as the program manager for the International Space Station.

Flying a crew of four private astronauts using SpaceX’s Crew Dragon spacecraft is Axiom’s major near-term focus. Called AX-1, the mission is planned to launch as early as January 2022 and will be the first fully-private flight to the ISS.

Axiom plans to make flying private astronauts a routine part of its business, with the new funds helping to “make payments on things we need to buy,” Suffredini said

“We intend to do a couple of flights a year,” he said.

He explained that the missions, which cost upwards of $200 million each, “really pay for themselves” in the long term, with Axiom’s funds helping to establish a payment plan for its customers and SpaceX.

“Particularly for these flights, where we make payments for certain services and items we do, the customer’s payments catch up and then we pay ourselves back,” Suffredini said.

A bulkhead for the company’s first module after forging.

But Axiom’s focus on spaceflight extends beyond flying passengers, with the company beginning work on habitable modules that will connect to the ISS, as well as operate on their own in orbit.

“Everybody’s building rockets, but nobody was building any destinations to go to,” Ghaffarian said. “Lots of companies are building rides to space, but where are they going to go, especially when the International Space Station retires?”

Axiom is looking to double the size of its workforce by the end of this year, with about 110 employees currently. Suffredini says the goal is to reach 1,000 employees by the end of 2024, to fill out the new 322,000 square foot headquarters its building at the Houston Spaceport at Ellington Field, near NASA’s Johnson Space Center.

The company will first build a manufacturing high bay, similar to the one at Kennedy Space Center where modules of the ISS were built, and then grow from there. Axiom’s headquarters will feature assembly areas, a control center, training facilities, and even hangars for the jets needed for astronaut training flights.

Given the cost of scaling its ambitions, Suffredini expects Axiom will continue raising money “over the next four years.” But the opportunity he and Ghaffarian see represents “a huge market,” the latter said.

“It’s not just building a space station, where there’s a destination,” Ghaffarian said. “Whether it’s manufacturing, pharmaceuticals, private astronauts or even satellite servicing, all kinds of infrastructure as a service is really the model that we’re thinking about.”

Suffredini said Axiom has begun talking to companies in other industries, some of which “don’t even realize that microgravity can help them” and others that “don’t have access to ISS.” To date, corporations have conducted research onboard the ISS, ranging from the likes of Procter & Gamble to retinal implant specialist LambdaVision.

“Some aspects that we haven’t even thought about are going to be there, just like in the early days of internet when we couldn’t anticipate everything that we could do with internet,” Ghaffarian said. “We’re building a platform where the entire [low Earth orbit] economy or space economy can build from.”

First step: Connecting to the ISS

An illustration of three of the company’s modules connected to the International Space Station.

But, putting it simply, Ghaffarian said that “successful companies are the companies that are profitable, as otherwise they’re not sustainable.”

Axiom has begun bringing in revenue for its space stations already, with NASA awarding the company a contract to connect one habitable module to the ISS as early as 2024. The seven-year contract has a maximum award value of $140 million, which Suffredini said goes beyond development to include launching and operating the module once connected to the space station.

“It’s exciting because it’s the world’s first commercial space station and we’re going to be attached to ISS,” Suffredini said.

The Axiom Station modules will help increase both the usable and habitable volume of the ISS. Suffredini said that Axiom has procured the parts of its modules that take the longest to arrive from supplies, with “contracts in place with major providers” and “early design work” completed.

“The most important part of this procurement that we competed for and ultimately won was the fact that it wasn’t about how NASA gave enough money to do the development – because if NASA did that they would end up just owning the next space station,” Suffredini said. “If we could make all of our money off the NASA contract, we wouldn’t be working very hard on building the market.”

The company then plans to detach its Axiom Station modules in late 2028, when the 20-year-old ISS is expected to retire. But if NASA extends use of the ISS, Suffredini said Axiom Station will stay attached while the company builds other free-flying private space stations.

“The most important part of this concept is that, with everything [happening] on the ISS, there’s a very smooth transition from the government-owned and operated facility to a commercial facility,” Suffredini said.

Subscribe to CNBC PRO for exclusive insights and analysis, and live business day programming from around the world.

April 30, 2021 — Back in 2014, when researchers affiliated with Drexel University’s University Research Computing Facility (URCF) were deciding the … END_OF_DOCUMENT_TOKEN_TO_BE_REPLACED

John Woollam, CEO of Cloud VoIP provider Euphoria Telecom Many people ditched their home landlines long ago. In a world where everyone carries … END_OF_DOCUMENT_TOKEN_TO_BE_REPLACED

MOSCOW, April 28. /TASS/. The international information security will be a topic for discussions at the summit between Russian and US Presidents … END_OF_DOCUMENT_TOKEN_TO_BE_REPLACED