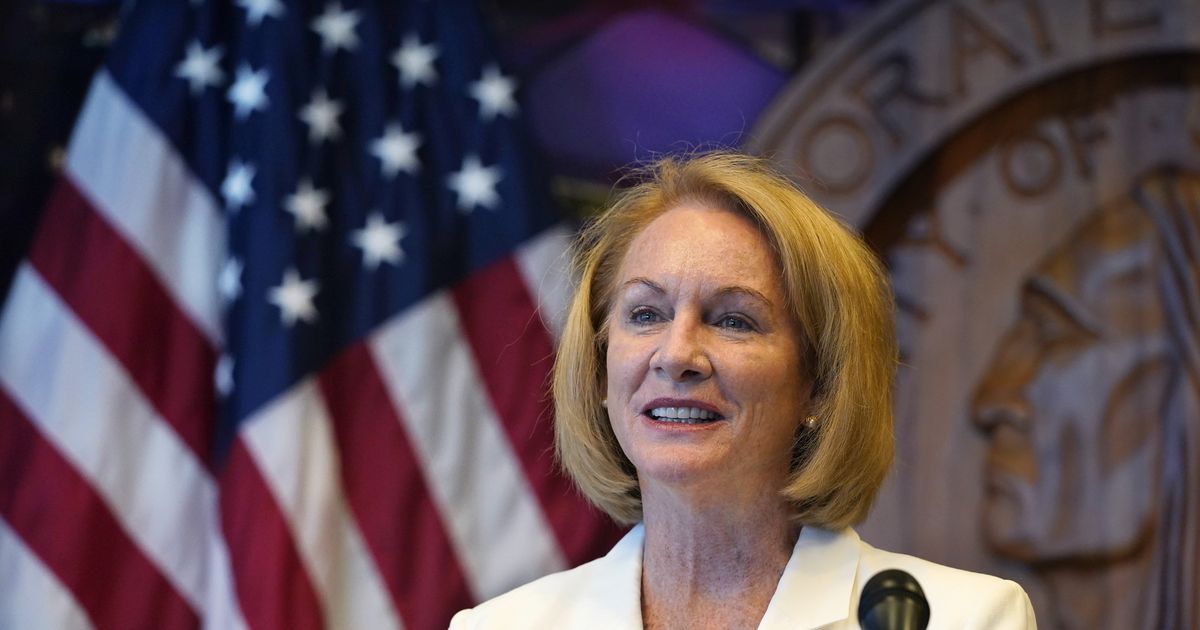 Seattle Mayor Jenny Durkan’s office mishandled a series of public records requests after discovering that about 10 months of Durkan’s text messages were missing, a whistleblower investigation has determined.

The mayor’s legal counsel, Michelle Chen, engaged in improper governmental action when she decided to exclude Durkan’s missing texts from certain requests, violating the state Public Records Act, according to a report on the investigation conducted by an outside expert on behalf of the Seattle Ethics and Elections Commission.

Additionally, Chen diverged from best practices when she decided the mayor’s office wouldn’t inform requesters that Durkan’s texts from Aug. 28, 2019 to June 25, 2020 had not been retained, according to the report published Thursday.

In a statement Thursday, Durkan’s chief of staff attributed the lost texts to an “unknown technology issue” and said the mayor believes that all her texts, calendar entries and emails should be available and quickly produced.

The report makes no penalty recommendation. In cases of improper action, Seattle law says agency heads (in this case, the mayor) must report back to the ethics commission within 60 days on steps taken to address the conduct. Violations of the Public Records Act usually are determined by lawsuits and can result in fines and conditions such as staff training.

“The Mayor believes strongly that the Whistleblower process is an important part of ensuring good government. She will consult with the City Attorney’s office to determine what steps must be taken [to make the response] to the report consistent with the requirements of the Whistleblower statute,” Stephanie Formas, Durkan’s chief of staff, said in an emailed statement Thursday.

In general, public records subject to disclosure must be retained under state law. The period for which Durkan’s texts weren’t retained includes the tumultuous weeks in June when Seattle police used tear gas at Black Lives Matter demonstrations and abandoned their East Precinct station.

The ethics commission investigation didn’t seek to answer why Durkan’s texts were not retained. It focused on how the mayor’s office handled public records requests after discovering in August that the texts were gone.

The mayor’s office initially asked the city’s information technology department for help recovering the texts, according to Thursday’s report. When the IT department couldn’t recover the texts, the mayor’s office obtained a log from the city’s telecom company listing who the mayor had texted with and contacted all the city employees in the log “to see if the missing text messages could be recreated,” according to Thursday’s report. The office was only able to obtain copies of some of the missing texts.

As of Nov. 6, 2020, there were 48 public records requests that touched on the mayor’s missing texts, according to the report. There were also discovery requests for the missing texts in litigation against the city, so the city attorney’s office hired an outside entity to conduct forensic work on the mayor’s phones.

Durkan’s city-issued phone was replaced in October 2019 and July 2020 but the forensic work couldn’t determine whether the new phones were to blame for the missing texts, Thursday’s report says.

“At all times, the Mayor believes and has assumed all her text messages, calendar, and emails were available to anyone through the Public Records Act and should be quickly and fully produced,” Formas said. “The report reflects that commitment and the extensive efforts to disclose any thousands of copies of messages that were lost due to an unknown technology issue.”

Formas added: “The Mayor fully intends for any further technology gaps highlighted in any of the reviews will be addressed moving forward to prevent any such records losses in the future. The Mayor remains committed to meeting the City’s responsibility to retain all public records, including text messages.”

Irwin’s whistleblower complaint dealt with what happened next, as the mayor’s office provided public records requesters with the “recreated” texts that had been obtained from employees other than the mayor.

Irwin and Ferreiro argued the mayor’s office should inform the requesters about Durkan’s missing texts but were overruled by Chen, according to Thursday’s report. The records officers were right and Chen’s decision departed from best practices, but there was no evidence of bad faith and the decision didn’t clearly violate the Public Records Act, the ethics commission investigation concluded. In the investigation, Chen said she agreed later, in March, that the requesters should be informed.

Irwin and Ferreiro also objected and were overruled when Chen decided the mayor’s texts should be excluded from 28 relevant requests, the investigation found. Chen decided the office should provide the recreated texts only to requesters who asked for Durkan’s communications specifically, as opposed to mayor’s office communications, and only to requesters who asked for “communications,” as opposed to “correspondence.”

Those narrow interpretations were a change from how the mayor’s office had previously handled requests, according to the investigation. “This is strong evidence to show that the narrowed interpretation was adopted to limit the number of requests that could be impacted by the lost text messages,” Thursday’s report says, adding that at least three requests were closed based on the interpretations.

Chen said she was trying reduce the office’s backlog of pending requests, but “there is no basis for silently narrowing the scope of a request” to speed the process along, the investigation concluded.

Irwin’s whistleblower complaint also alleged that Chen at one point proposed altering the recreated texts “to mask the fact that these versions of the messages did not come from the mayor’s phone.”

Thursday’s report recommends that the mayor’s office “give full consideration to the opinions of and guidance from its public records officers in the future.”

This isn’t the first time the mayor’s office has failed to retain texts subject to disclosure. In 2019, to settle a lawsuit by the Seattle Times over the handling of various public records requests, the city agreed to pay $17,000 and conduct “refresher” training for employees about their responsibility to retain records, including texts. A city data expert had said he was unable to retrieve some automatically deleted texts from the phone of a deputy mayor.

We're all about the IT leader here at Computing - whether that's the CIO, CTO, IT director, chief architect or any one of dozens of other titles. … END_OF_DOCUMENT_TOKEN_TO_BE_REPLACED

A strategic relationship between Türk Telekom and Korea Telecom (KT) was launched on Sunday. This initiative will promote cooperation in the areas of … END_OF_DOCUMENT_TOKEN_TO_BE_REPLACED