What does the future hold for health information technology? MedPage Today Washington Editor Joyce Frieden talked with Micky Tripathi, PhD, MPP, the new head of the Office of the National Coordinator (ONC) for Health Information Technology, to find out his plans for health IT in the Biden administration. The interview was conducted with a press person present, and has been edited for length and clarity.

I really appreciate your taking the time to talk to me. For our readers who might not know you yet, can you tell us about your background and what you’re bringing to the position?

Tripathi: Sure, happy to. This is my third or fourth career; I’ve been in health IT since about the early 2000s. I started out by working out of Indianapolis with the Regenstrief Institute; the institute has been doing a lot of leading-edge work in health informatics for a long time. I went and helped start the Indiana Health Information Exchange — IHIE — one of the most sustainable health information exchanges in the country.

I then moved to Massachusetts and had the good fortune to be asked to head a nonprofit organization being formed. It was a collaboration of the American College of Physicians, the Massachusetts Medical Society, and BlueCross BlueShield of Massachusetts; they were implementing a large-scale pilot project in health information technology. And that’s where I got fully ensconced in health IT, running that organization for 15 years. We did a wide variety of things; we were basically a nonprofit organization supporting providers — doing everything we could to help providers with the adoption of health information technology.

And most recently, before coming here, I was with a company called Arcadia, which is a population management technology company that supports provider organizations with accountable care contracts, value-based purchasing contracts, and those kinds of health information technology needs.

And now that you’re here, do you have a top two or three priorities for your time in office?

Tripathi: Certainly there’s a whole set of priorities related to COVID that we can’t lose sight of. The primary one now is working in collaboration with the CDC on public health, and thinking about how we learn from the COVID experience — taking the lessons we’re learning from that and having that help inform the public health ecosystem of the future.

From a provider perspective, one of the things that we want to look very hard at is how we can have better integration of public health and electronic health record (EHR) systems, so that we don’t have that current siloing that we have right now between clinical systems and public health systems. I think that siloing has a number of negative implications for public health — but I think for providers it also has a number of dangerous health implications, one of which is the burden on providers for doing public health reporting, which is cumbersome and doesn’t naturally flow from an EHR system.

Moving beyond that, we have the information-blocking rules — those are the rules that went into effect on April 5, which stem from the 21st Century Cures bill that got passed under President Obama and Vice President Biden in 2016. It’s obviously a priority for us to do as much outreach and education as we can with the provider community, so that they’re aware of what information-blocking means, and that we provide them with tools and resources so that they can be best prepared to be able to meet the obligations of that.

There’s also an associated piece with the 21st Century Cures Act — the Trusted Exchange framework. That doesn’t easily trip off the tongue, but I’m hoping providers will see that’s adding a ton of value, in that it will provide nationwide governance of interoperability. So if you’re a provider, through your EHR you have different interoperability networks you have to connect to — your state HIE [health information exchange] or your local HIE — what that’ll do is hopefully provide an overall governance so those are seamlessly connected. You don’t have to worry about the engineering of “which system am I on?”

We also have a lot of focus on clinician burden. Our report with CMS on clinician burden came out late last year, and we’re already thinking about what the next steps are on that — we’re thinking about automation, quality measure improvement, and public health reporting improvement. We’re doing everything we can to have as much automation in the system so individual providers aren’t being asked to do things for the sake of reporting.

The last thing I’ll mention is data safety. We’re starting to think about improvement in the program on safety; that’s a big issue.

Tripathi: Sure. So right now, for example, the ability to access immunization registries, which is obviously very important these days, is highly variable across the country. You have some places where the access is very, very clunky — providers have to log into a separate portal, and they’re not able to download the information; they’re only able to view it. Whereas in other places there’s a bi-directional interface so that they actually can come to their EHR system, make a query, and ask for vaccination records, and it will download those records into their EHR systems so that it’s seamlessly incorporated in their EHR.

As we think about the COVID experience, as we move to more and more populations being vaccinated — especially if you’re a primary care provider, many of your patients actually have been vaccinated in a mass vaccination site or in a local pharmacy, so you wouldn’t have that information coming to you naturally. Those are the kinds of things that we’re thinking about, and we want to be able to make the public health system more valuable to providers in their offices.

That brings up the issue of a medical record that anyone could access. I noticed that in a recent talk you mentioned the universal patient identifier, and I wondered if that’s something you’re going to be interested in pursuing during your time at ONC?

Tripathi: Congress banned the expenditure of federal funds on a universal patient identifier since passage of HIPAA in 1996, so we certainly aren’t going to do that. I think they have loosened it, however, so we are able to think about private initiatives in that regard. And so from our perspective, we definitely want to have improvements in patient matching, and there are a variety of different angles on that. One would certainly be a uniform patient identifier that would be voluntary. There are actually companies now advertising that they have nationwide patient identifiers for individuals — like the credit reporting companies and others who have lots of records for lots of people — so it isn’t as if there aren’t pathways to a voluntary identifier out there.

There are other ways of approaching that as well, which might be having more standardization about how patient matching is conducted in an entity — for example, standardizing the data and more standardization about which data are used for patient matching, which might be another angle on that, or it might just be a complement to a universal identifier. So we definitely want improvement in patient matching; we’re doing a lot of work on that. And we’re working on a report that we are going to be submitting to Congress on this, but in general, we want to advocate for better means for doing patient matching. And an identifier, if that’s one part of the solution — it might be private or voluntary — might be one of the ways we move forward.

You mentioned HIPAA in your response there, and you’ve talked about how you felt HIPAA has served the U.S. fairly well. Are there things you would want to change about it?

Tripathi: It’s not so much about changing HIPAA; it’s more about our having a greater awareness, and full societal and public awareness, of what the constraints are of HIPAA. It was designed at a certain period of time to cover a certain set of transactions that are conducted by a certain set of entities.

The problem that we face right now, as a provider for example, you’re making available the API [application programming interface] that the ONC has identified that you’re required to make available, so the patient can download their information into an app — but depending on what app that is, it may not be covered by HIPAA. That information has crossed the barrier from HIPAA protection to non-HIPAA protection, but you as a patient may have no idea.

So it’s really more just about saying, do we need a more general consideration of privacy? It’s not about changing HIPAA per se or anything wrong with HIPAA. It’s just that society has outpaced what the boundaries of HIPAA are, as we think about medical record privacy in general.

One last question. For several decades, providers have continued to complain that electronic health records are not where they should be — that they’re still not serving providers well and they’re still primarily designed for billing more than anything else. Do you agree that EHRs still have a way to go, and if so, how might they be improved?

Tripathi: I think there are views all over the map on EHRs; you certainly hear voices who are very dissatisfied with them and you hear the voices of those who say they’d never go back — and some of those are overlapping voices.

Any sector that has user-facing technology, the only ways those technologies get better are by users using them. If you looked at original technologies for anything, they’re always getting better with time and they only get better with users. Now that we have millions and millions and millions of EHR users, I think we are seeing that those systems are getting better over time. There are hundreds of vendors out there — although I appreciate that it’s hard to switch vendors — but there are lots of vendors out there and I think that there are a lot of improvements being made in those systems for usability.

Most EHR vendors have clinicians on their staff who help with the design, so it isn’t as if there aren’t clinical perspectives being brought to bear. Sometimes there are just differences of opinion — there isn’t a single best user interface for a provider. Providers strenuously disagree on what’s a good workflow, what’s a bad workflow, what’s good usability, what’s bad usability. I know that might be dissatisfying to people, but it’s really important to realize that about technology.

I think equally important is that everything that we’re doing with respect to FHIR [fast healthcare interoperability resources]-based APIs is to allow an apps-based approach to this. If you were just locked into your iPhone without the ability to have apps — you may be dissatisfied with apps, but a lot of people when they think about the great things they like about their phone, often it’s the apps they’re able to download and use on their phone, which aren’t made by the phone manufacturer or the operating system manufacturer; they’re made by a complete other company. Facebook, Twitter, Instagram — those aren’t things Android or Apple made, those are apps.

That’s what we want to promote with EHR systems, so that you as a provider can bring in the apps you choose and at some point you say, “Hey I really like this.” Why? “Because I brought in the apps that I like.” That improves your user experience so you’re not locked into what the EHR developer designed. And EHR systems have bought into that as well. So I think that’s going to really help with usability considerations going forward. 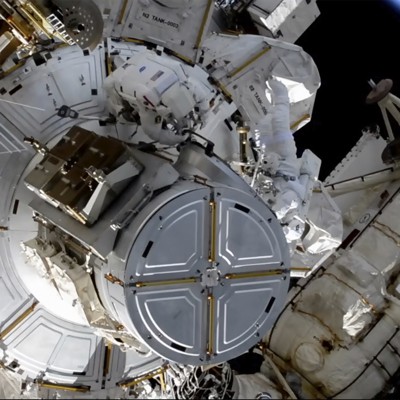