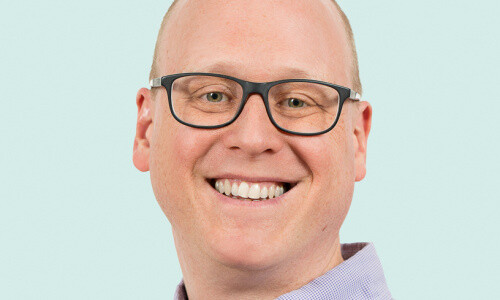 The discussion about quantum computers has reached the mainstream including investors. This is one of the numerous examples that such technological development is happening much faster today than 50 years ago, Lars Jaeger writes on finews.first.

This article is published on finews.first, a forum for authors specialized in economic and financial topics.

A word that is becoming more and more popular, but still sounds like science fiction, is the term «quantum computer». Only 10 to 15 years ago, the construction of such a computer as a «future technology» seemed impossible within any reasonable time frame.

Thus, the discussion about it was limited to a small team of experts or just material for science fiction. Just as «transistor effect» or «von Neumann processors» were not even remotely familiar terms to non-physicists in the 1940s, the same was true for the term quantum computer until recently.

The discussion about quantum computers has even reached the mainstream including investors. And this could become one of the numerous examples that such technological development is happening much faster today than 50 years ago.

«The quantum world offers even more»

However, most people are still completely unaware of what a quantum computer actually is, as in principle all computers today are still entirely based on classical physics, on the so-called von Neumann architecture from the 1940s.

In it, the individual computing steps are processed sequentially – «bit by bit». The smallest possible unit of information (a so-called «binary digits», or «bit» for short) thereby always takes a well-defined state of either 1 or 0. In contrast, quantum computers use the properties of quantum systems that are not reducible to classical bits but are based on quantum bits, or qubits for short.

These can assume the different states of bits, i.e. 0 and 1 and all values in between simultaneously. So, they can be «half 1» and «half 0» as well as in any other possible combination of them. This possibility is beyond our classical (everyday) imagination, according to which a state is either one or the other, «tertium non datur», but is very typical for quantum systems. Physicists call such mixed quantum states «superpositions».

«Quantum computers are supposed to be the crowning achievement»

But the quantum world offers even more: Different quantum particles can be in so-called entangled states. This is another property that does not exist in our classical world. It is as if the qubits are coupled to each other with an invisible spring. They are then all in direct contact with each other, without any explicit acting force. Each quantum bit «knows» so to say over any distance what the others are doing. Such entanglement was the subject of a heated debate in early quantum physics. Albert Einstein, for example, considered entanglement to be physically impossible and derisively called it a «spooky action-at-a-distance».

In the meantime, however, this controversial quantum property is already being exploited in many technical applications. Quantum computers are supposed to be the crowning achievement here. They could open completely new, fantastic possibilities in at least five fields:

Some physicists even believe that a quantum computer could be used to calculate and thus solve any problem in nature, from the behavior of black holes, the development of the very early universe, the collisions of high-energy elementary particles, to the phenomenon of superconductivity as well as the modeling of the 100 billion neurons and the thousand times larger number of their connections in our brain. Quantum computers could therefore represent a revolution in science as well as in the technology world.

«Some even spoke of a «Sputnik moment» in information technology»

Less than two years ago, Google announced that its engineers had succeeded in building a quantum computer that for the first time was able to solve a problem that any conventional computer could not. The corresponding computer chip Sycamore needed just 200 seconds for a special computing task that would have taken the world’s best supercomputer 10,000 years.

It had been Google itself that some years earlier had christened such an ability of a quantum computer to be superior to any existing classical computer in accomplishing certain tasks with quantum supremacy. The moment of such quantum supremacy seemed to have finally come. Some even spoke of a «Sputnik moment» in information technology.

However, this was more a symbolic milestone, since the problem solved by Sycamore was still a very special and purely academic one. But there is no doubt that it represented a significant step forward (which, however, was also called into question in some cases: IBM even doubted the quantum nature of this computing machine).

«Jiuzhang was also controversial as a quantum computer»

Then, in December 2020, a team-based mainly at the University of Science and Technology of China in Hefei communicated in the journal Science that a new quantum computer they had developed and which they had named «Jiuzhang,» was up to 10 billion times faster than Google’s Sycamore.

That this news came from China was not quite as surprising as it might have been to those with little familiarity with today’s Chinese science. Partly still seen as a developing country and thus technologically behind, China has meanwhile invested heavily in potential quantum computing and other quantum processes – as well as artificial intelligence, genetic engineering, and a bunch of other cutting-edge technologies. Communist General Secretary Xi Jinping’s government is spending $10 billion over several years on the country’s National Laboratory for Quantum Information Sciences.

Jiuzhang was also controversial as a quantum computer. But if both Sycamore and Jiuzhang could indeed solve their (still very specific) problems incomparably fast with quantum technologies – and this can no longer be easily dismissed – there would already be two quantum computers that have achieved the desired quantum superiority.

«Just these days, there was another (money-big) announcement»

From here, we could then expect numerous further versions quite soon, which can solve more and more problems faster and faster. A few weeks ago, Google announced that they want to have built a powerful quantum computer that can be used on a very broad scale (no longer limited to exotic peripheral problems) by 2029. To this end, they want to bring together one million physical qubits that work together in an error-correcting quantum computer (in today’s quantum computers this number still stands at less than 100 qubits).

In addition to Google and the Chinese research center in Hefei, there are countless other quantum computer development sites. And they are increasingly supported by governments. Germany, for example, announced in 2020 that the country will invest billions into quantum computing technology.

«The new entity could become another global leader»

And just these days, there was another (money-big) announcement: Cambridge Quantum Computing, a British company founded in 2014, announced that it will partner with the quantum solutions division of U.S. industrial giant Honeywell to build a new quantum computer. This deal brings together Honeywell’s expertise in (quantum) hardware with the one of Cambridge Quantum in software and algorithms.

The new entity could become another global leader (along with Google, IBM, and the Chinese) in developing quantum computers. Without the belief that initial breakthroughs in quantum computing have already been achieved, it is unlikely that so much money would be flowing into the industry already.

These sums are likely to multiply again as further progress is made. One might feel transported back to the early 1970s before commercial computers existed. Only this time, everything will probably happen even much faster.

Lars Jaeger is a Swiss-German author and investment manager. He writes on the history and philosophy of science and technology and has in the past been an author on hedge funds, quantitative investing, and risk management.

[ad_1] Superconducting quantum computers are huge and incredibly finicky machines at this point. They need to be isolated from anything that might … END_OF_DOCUMENT_TOKEN_TO_BE_REPLACED