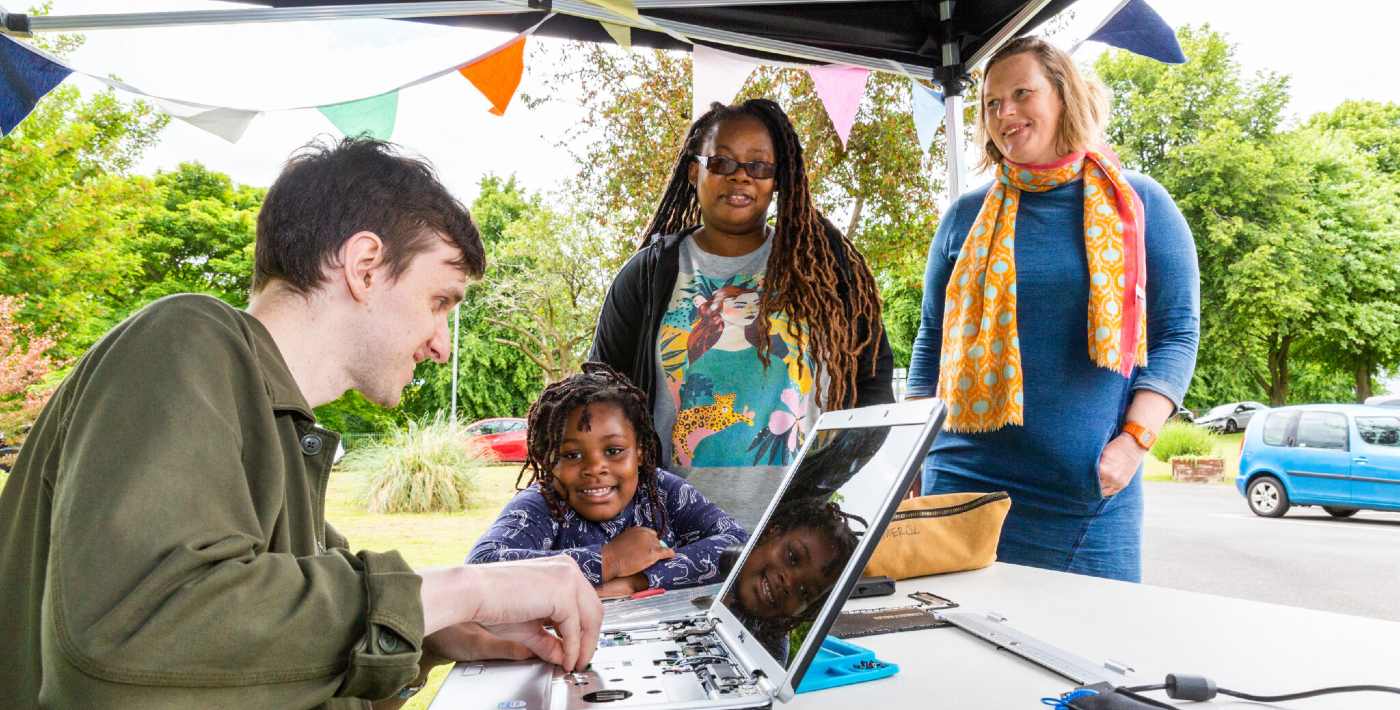 In a drive to soak up some of the 527 million small electrical items owned by UK homes, many of which would be thrown in the trash, a new campaign to repair, recycle, or ethically scrap electricals is underway in Glasgow.

The Recycle your Electricals campaign is utilizing local resources like mend and repair stores, conscious consumers, and state campaigns to get devices into the hands of those that need them, and valuable materials out of the machines that don’t.

Run by the non-profit Material Focus, and relying on support from the Glasgow city council and the Remade Network, The Recycle your Electricals campaign is already seeing a huge response.

With a focus on repairing, donating, recycling, and reselling, it’s essentially a massive reshuffle of the distribution of electrical goods.

“For too long, consumers have been blamed for not reusing and repairing enough when the facilities don’t exist for people to make better choices,” said Sophie Unwin, Director of Remade Network, who are contributing their Tech Drop service which allows people to bring anything with a battery or plug that will fit into a carrier bag to one of their locations, giving residents the option of “ethical binning,” with Remade sort out the details.

This has allowed them to donate 1,000 desktop PCs, sourced from government offices, to households that have no access to the internet through 50 local charity groups. The social enterprise has so far diverted 250 tons of CO2.

Material Focus estimates that the cost of the materials contained within unwanted electricals amounts to around £17 billion ($24 billion). A lot of these have to be dug out of the earth at extreme costs to companies—and to the climate in the form of CO2.

MORE: The Repair Shop That is Fixing Our Throwaway Culture

“This project is vital to ensuring that we make good use of our old electricals,” said Scott Butler, Executive Director of Material Focus. “Whether they are re-used or recycled—these items contain valuable materials that will otherwise be lost forever. Our research has shown that in the UK we are hoarding over 527 million small electrical items, an average of 20 per household.”

Along with funding from Glasgow City Council, Remade Network and Material Focus receive money through a UK scheme called WEEE (Waste Electronic and Electrical Equipment) which sets parameters to which manufacturers can design products in order to ensure they can be recycled.

Any non-compliance is punished with a tax that goes to a fund which groups like Remade and Material Focus draw from.

Material Focus’ recycling locator has over 2,500 points where people can take their old e-waste, a service which 127,000 people have already used.

E-waste is a growing problem worldwide, but that’s perhaps because there’s been no large-scale solution for it.

Receiving old electronics, harvesting them for components, and selling them to manufacturers for cheap is a great way to keep rare minerals in the ground, and prices down at the shops.

[ad_1] Superconducting quantum computers are huge and incredibly finicky machines at this point. They need to be isolated from anything that might … END_OF_DOCUMENT_TOKEN_TO_BE_REPLACED