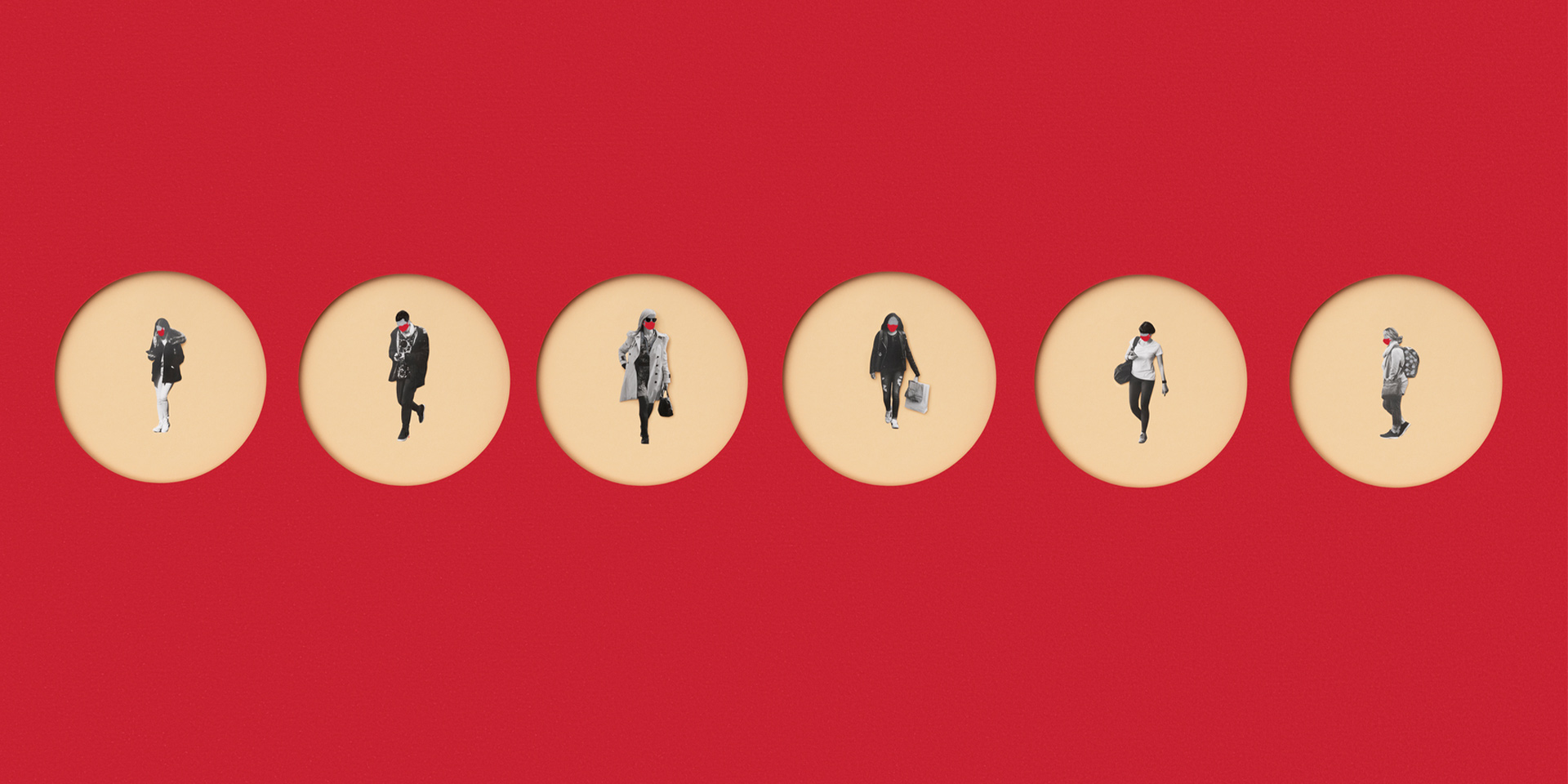 Think of your personal and professional network as a series of six concentric circles that decrease in emotional intensity as you move toward the larger outer rings. The innermost circle contains the few people you turn to in times of severe distress. The outermost circle is made up of the roughly 1,500 acquaintances whom you would recognize by sight. The authors compared the personal and work networks of hundreds of individuals pre- and post-pandemic and found that the size of the outermost ring has shrunk. That shrinkage was accompanied by a strengthening of our closest relationships. Maintaining connection to the outer rings of your circle is critical for innovation, creativity, problem solving, and employee well-being.

Our recent research shows that our professional and personal networks have shrunk by close to 16% — or by more than 200 people — during the pandemic. Network shrinkage has some serious downsides. It can make finding a job more difficult. It can hinder career progress and make it harder to get promoted. For companies, it can lead to less creativity and more groupthink. People with fewer connections at work have a decreased sense of belonging and are less likely to identify with the organization, which puts them at higher risk of turnover and possibly even fraud and negligence.

Under normal circumstances, our networks don’t simply shrink; they’re more likely to churn. Rather than slowly losing friends over time as we move, change jobs, or have kids, we usually forge new relationships to replace the ones we’ve lost.

What’s unusual about the pandemic is that old relationships aren’t being replaced by new ones. At a time when many people are struggling with loneliness and feeling disconnected from work, it’s more imperative than ever to be intentional about maintaining connections to casual acquaintances.

Before the pandemic, researchers Gillian Sandstrom and Elizabeth Dunn asked participants to count how frequently they interacted with a stranger or an acquaintance during the course of a normal day. Between water cooler chats and chance meetings, they found that the average person interacted with between 11 and 16 people they didn’t know very well. These interactions with strangers and acquaintances, they found, make us happier and lead to a greater sense of belonging.

During the pandemic, we’ve shifted our attention away from strangers toward strengthening relationships with family, friends, and our closest colleagues. If you think of your network as a series of six concentric circles that decrease in emotional intensity as you move toward the larger outer rings, the innermost circle contains the five or so people you turn to in times of severe emotional and financial distress. The outermost ring is made up of the roughly 1,500 acquaintances or weak ties whom you would recognize by sight. When we compared the personal and work networks of hundreds of individuals pre- and post-pandemic, we found that the size of the outermost ring has shrunk. But that shrinkage was accompanied by a strengthening of our closest relationships.

Researchers examining network responses to stress have dubbed this tendency “turtling up.” When looking at digital interactions in a tech company, a study led by Harvard Business School’s Ethan Bernstein found a similar pattern. Exchanges between close collaborators increased by 40% post-lockdown at the expense of 10% less communication between more distant colleagues. Over the long term, turtling up and a dearth of opportunities to interact with strangers are leading to network shrinkage.

Given that women are disproportionately carrying the burdens of housework and child care during the pandemic and are leaving the workforce at alarming rates, this small piece of good news is surprising. It also highlights a key point one of us makes in the book Social Chemistry. Too often, people concentrate on growing their networks instead of understanding how networks work and using the time they do have to help fulfill their needs.

It’s highly unlikely that women are spending more time networking than men. Instead, women’s natural networking style is giving them an advantage during the pandemic. Women talk to maintain emotional closeness. They talk face to face, they talk on the phone, and they message one another. According to a study that compared how men and women maintain emotional closeness, renowned evolutionary psychologist Robin Dunbar and his collaborator Sam Roberts found that wasn’t true of men. Instead of talking, men “do things together.” They play sports. They drink. They fish. They play bridge. But they don’t talk. The social restrictions brought about by the pandemic have made it very difficult for men to stay connected.

Reaffirm What’s Important to You

Without face-to-face contact, our emotional attachment to friends and family deteriorates quickly. After two months without an in-person gathering, feelings of closeness between friends and family members drop by more than 30%. After that, friendships go frigid. After five months — far less than the amount of time that has passed since stay-at-home orders were first issued — feelings of closeness between friends plummet by 80%.

During moments of crisis, people think their networks have less reach than they really do. This is particularly true of people with fewer resources. When our world starts to feel smaller and smaller, having a reminder of the true reach of our relationships can help enormously. Social media can be helpful in this regard.

Tanya Menon and Ned Smith, business school professors at The Ohio State University and Northwestern University, found that having a reminder of who you are and what your core values are can help you overcome some of the tendencies to turtle in. Our networks start to focus inward because we feel out of control. Reaffirming who and what is important to you can help create a sense of comfort and control and make it easier to reach out to people you’ve fallen out of contact with.

In the remaining months of social distancing and during the transition to virtual work that will last beyond the pandemic for many, it’s critical to focus on reconnection. Without an active effort at regenerating lost relationships, the consequences of network shrinkage are likely to be enduring.

Yet people are often reluctant to reach out. There’s a misconception that it will feel awkward, or maybe you’re just not really sure what to say. In reality, it’s as easy as saying thank you, thinking of what you can give, or even asking for help. Is there a former mentor or someone who was instrumental in your career whom you haven’t spoken to in a while? Take the time to express appreciation — gratitude is potent stimulus of connection. Have you seen an article or heard a podcast that reminded you of a colleague or former client? Pass it along and let them know you’re thinking of them. Asking for help can also be a powerful way of reconnecting. It allows the other person to be of service and reinvigorates a sense of purpose.

When reaching out, the key to staving off network shrinkage isn’t spending time going to Zoom happy hours or trying to meet people online. In fact, our research shows that video conferencing isn’t helping maintain social connection. Trying to read and convey nonverbal behavior online is more of a distraction than a help. It’s impossible to look at the camera and read someone’s eyes at the same time, for instance. Picking up the phone may be a better strategy. We’re more empathic and better listeners when simply hearing a voice. A phone call can be almost as good as a hug — in one study, it reduced cortisol levels, a biomarker of stress.

The barriers for connecting virtually are often higher for people you haven’t seen in a while or for casual acquaintances from work whom you may not know that well. But these are the connections you’re at risk of losing. A study that compared advice executives received from their current contacts and people who were at risk of disappearing from their network found that former colleagues who were ripe for becoming the collateral damage of network shrinkage gave better work-related advice than their current contacts. When thinking of these people, it can help to engage in perspective taking. Imagine they asked you for a 20-minute chat. How would you react? Right now, many people are starved for social interaction, and a simple hello can reinvigorate a sense of belonging.

After realizing that he needed to be proactive in maintaining casual relationships, Brendan O’Riordan, who works in data and analytics for Suffolk Construction, began setting aside 30 minutes each week to have virtual coffee and casual conversations with colleagues. “The response has been overwhelming,” he said. He has “never had one canceled. Never had someone say, no I’m too busy. Usually, you get an email back within half an hour with an invite saying: Let’s do that.”

Maintaining connection to the outer rings of your circle is critical for innovation, creativity, problem solving, and employee well-being. Make a list of three people you haven’t seen in a while and reach out. Your day will be better and your work will benefit.

After ‘The Voice’ and BET, two Mississippians give one last concert before heading to L.A. Published 6:45 am Monday, January 30, 2023 … END_OF_DOCUMENT_TOKEN_TO_BE_REPLACED