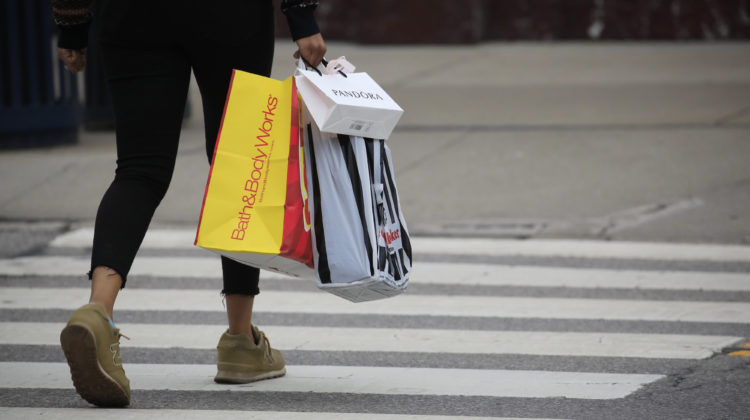 Consumers flocked to spend their stimulus checks in January, sending retail sales for the month up 5.3% in a blockbuster start to 2021, according to a government report Wednesday.

Economists surveyed by Dow Jones were expecting a rise of just 1.2%.

Excluding autos, sales rose 5.9%, also far ahead of the 1% estimate in a display of unexpected strength from the consumer.

A month after Congress approved a $900 billion additional stimulus package on top of the $2.2 trillion approved earlier in 2020, shoppers were armed with $600 checks they used to buy a variety of goods.

The jump in consumer spending came at a time when expectations for growth in the early part of 2021 were muted as the economy continued to shake off the pandemic-induced slowdown.

Spending gains were broad-based, with every major category showing increases.

Electronics and appliances saw the biggest increase, up 14.7% for the month, while furniture and home furnishing stores were up 12% and online spending at nonstore retailers jumped 11%. Even food and drinking places, which suffered the worst during the pandemic, saw a 6.9% rise.

While most economists see the year off to a slow start, they expect the pace to pick up later in the year as vaccination efforts spread and the Covid-19 albatross fades.

One of the main concerns for the recovery has become inflation, and a separate data point showed those pressures continuing to build.

The producer price index, which measures the prices that domestic producers receive for their goods, surged 1.3%, the largest monthly gain since the measure began in December 2009.

After a year jam-packed with acquisitions, Keywords Studios has added another game development company to its list of purchases. The Dublin-based … END_OF_DOCUMENT_TOKEN_TO_BE_REPLACED