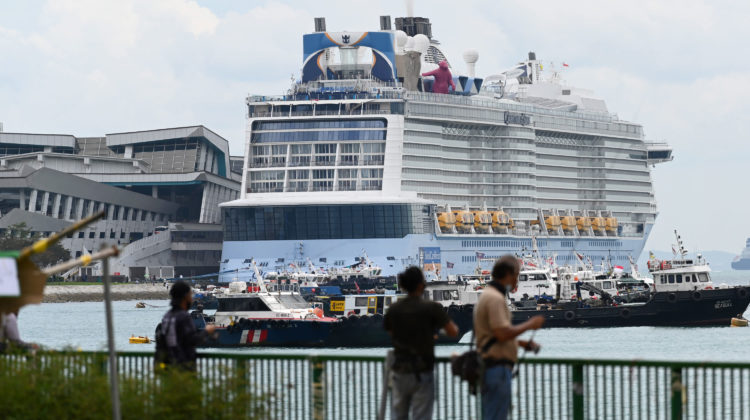 Royal Caribbean CEO Richard Fain told CNBC on Monday the cruise operator has seen a number of optimistic signs in its early booking data that suggest a positive recovery from the coronavirus pandemic.

“Some of the things we thought was going to happen aren’t happening. They’re better than we thought,” Fain said in an interview with CNBC’s Seema Mody.

The age of customers who are signing up to take trips is one example where reality has diverged from the company’s expectation, according to Fain. “We really thought older people would be more cautious. Turns out they want to get out of the house, too,” said Fain, explaining that a likely factor is that older people have received priority access to Covid vaccines.

Cruise history is another unexpected characteristic of the customers who are booking trips, said Fain, who has led Royal Caribbean for more than three decades.

“We thought almost everybody was going to be an experienced cruiser because they’re the ones who understood cruising and were anxious to come back,” Fain said. “Yet, in our Singapore operation, 80% of our guests have been first-timers. So we’re getting a lot of surprising data as things come out, and it’s mostly positive.”

In December, Royal Caribbean’s Quantum of the Seas began operations out of Singapore. And since November, TUI Cruises, an affiliate of Royal Caribbean, has had three ships sailing in the Canary Islands. But for the most part, the cruise industry has largely been idle for almost a year as the coronavirus swept the world and governments imposed sailing restrictions. In the U.S., operations remain suspended due to an order from the Centers for Disease Control and Prevention.

Shares of Royal Caribbean were surging Monday following the release of the company’s fourth-quarter results. In addition to reporting a smaller-than-expected loss, investors also were cheering booking insights offered by Royal Caribbean. The Miami-based company indicated booking prices were higher than pre-pandemic levels while within historical ranges for volume.

Royal Caribbean reported a net loss of nearly $5.8 billion in 2020 on total revenues of $2.2 billion. The company raised roughly $9.3 billion in new capital during the year, including debt offerings and a $1 billion stock sale in December. Last month, Royal Caribbean announced the sale of its Azamara brand to the private equity firm Sycamore Partners in a deal worth $201 million.

“We have built up enough of our liquidity … so that we have the luxury of not having to deal with a crisis but to gradually improve our liquidity, our financial health, because we want to get back to investment grade as quickly as we can,” Fain said.

Fain said he believes “serious conversations” around the resumption of cruise trips from U.S. ports can begin if U.S. coronavirus cases continue to fall as they have been and as a broader portion of the American population is vaccinated against Covid.

The chief executive said Royal Caribbean and its advisory Healthy Sail Panel, along with the CDC, all agree there’s no one single Covid-related metric that would represent a green light to hit the waters again.

“You look at all of it. You look at what we can do to protect people — what the vaccine does, what the testing does, and those together. I think we’re getting closer to the time when those things are working together,” Fain said. “Unfortunately, there’s no one magic threshold that says, ‘Now is the day.'”

A major focus of Royal Caribbean’s health protocols is what to do when there’s a positive Covid case aboard, Fain said. “There will be cases on a ship, just as there are always cases in a society. Our job is to make sure it stays cases and it doesn’t become an outbreak,” Fain said, stressing the need for isolation. “I think that’s where the Healthy Sail Panel has come from. That’s a lot of our discussion with the CDC and others, and the vaccines are a big part of that.”

After ‘The Voice’ and BET, two Mississippians give one last concert before heading to L.A. Published 6:45 am Monday, January 30, 2023 … END_OF_DOCUMENT_TOKEN_TO_BE_REPLACED