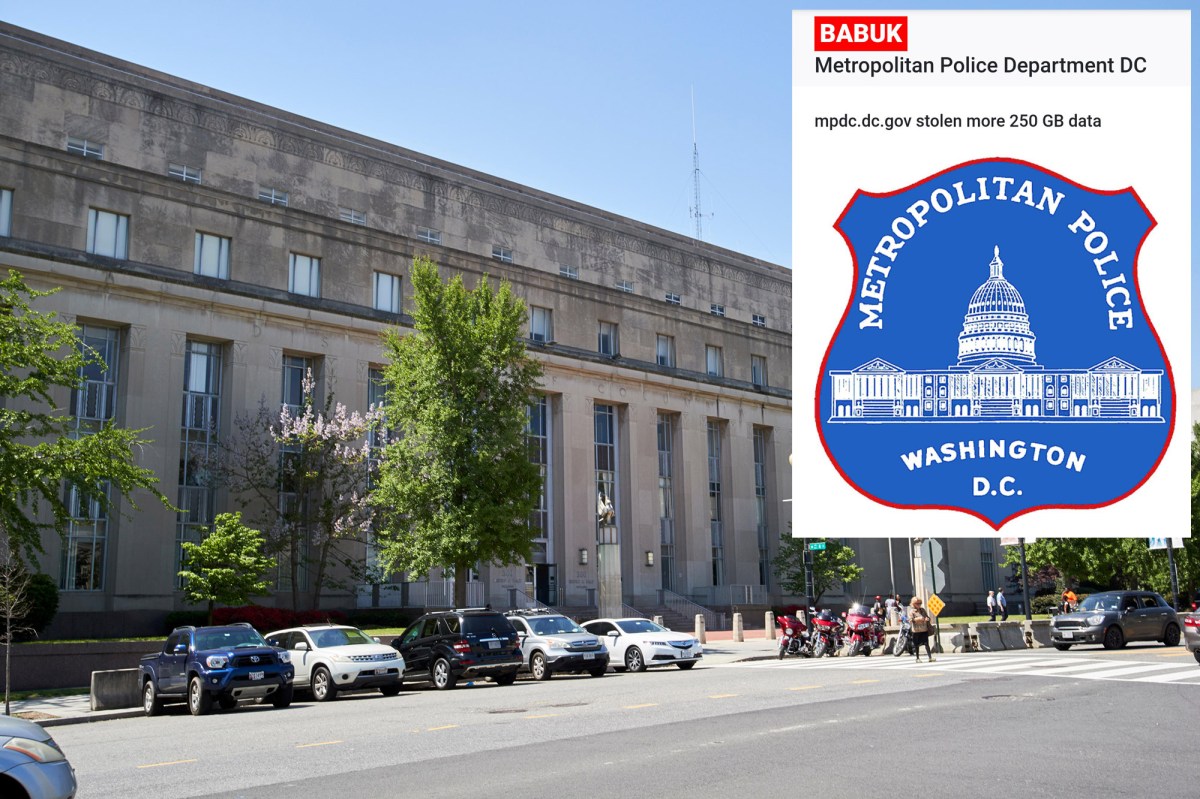 Russian hackers claim to have stolen sensitive information about informants from police computers in Washington, DC — threatening to feed it to gangs unless they get paid a ransom.

DC’s Metropolitan Police Department confirmed Monday that it was “aware of unauthorized access on our server” and had “engaged the FBI to fully investigate.”

A new ransomware group called Babuk claimed responsibility, saying in posts on the dark web that it had stolen more than 250 gigabytes of data, the Associated Press said.

Screenshots suggested it has data from at least four computers, including intelligence reports, information on gang conflicts, the jail census and other administrative files.

The group gave the police three days to get in contact — or “we will start to contact gangs in order to drain the informants,” the report said. The ransom amount was not specified.

There was no indication that any police operations were affected.

So far this year, 26 government agencies in the US have been hit by ransomware, with cybercriminals releasing online data stolen from 16 of them, Brett Callow of the cybersecurity firm Emsisoft told the AP.

The Babuk ransomware group posted screenshots of the stolen data.

Babuk — which appears to have only emerged this year — is believed to be the same group behind a ransomware attack on the Houston Rockets, Forbes said.

The Department of Homeland Security’s Secretary Alejandro Mayorkas said last month that dealing with such groups had become his department’s top priority.

The hackers have given the police department three days to pay the ransom. Alamy Stock Photo

[ad_1] Superconducting quantum computers are huge and incredibly finicky machines at this point. They need to be isolated from anything that might … END_OF_DOCUMENT_TOKEN_TO_BE_REPLACED