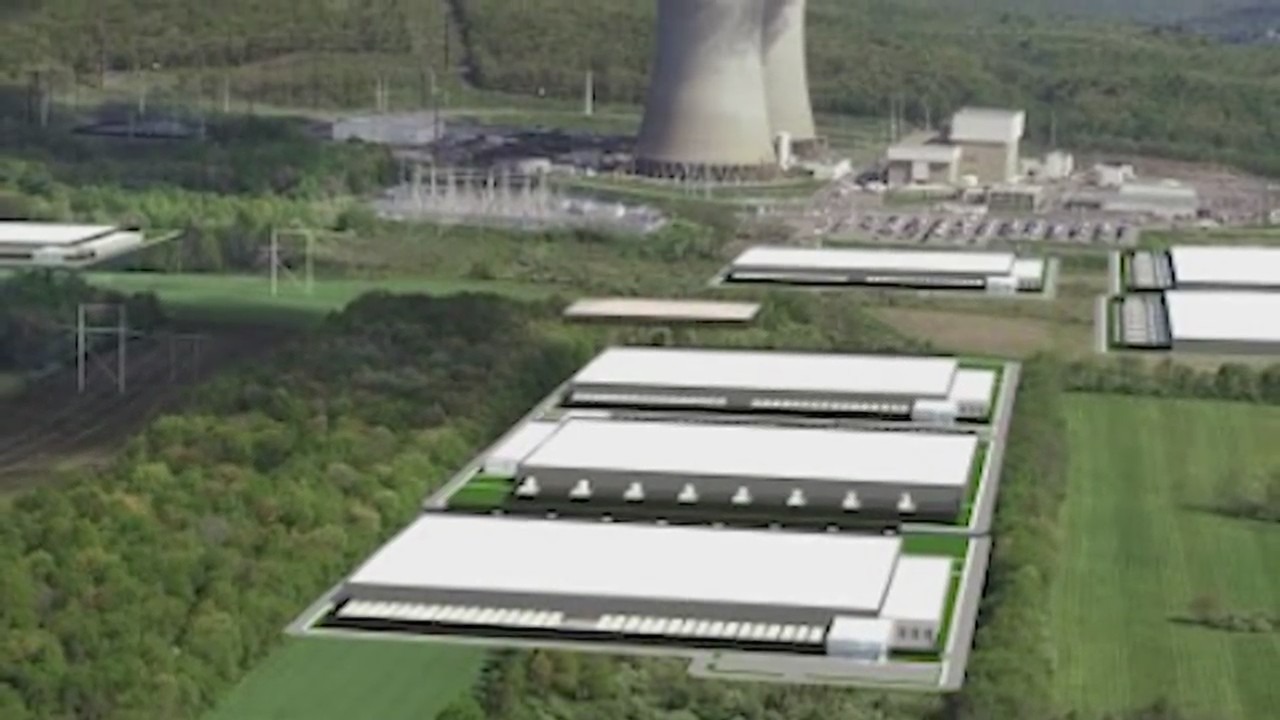 SALEM TOWNSHIP, LUZERNE COUNTY (WBRE/WYOU) — Plans are in motion for a zero-carbon Bitcoin mining facility in Salem Township. But township supervisors are interested in dollars.

This is unlike any other industry coming into a town — because most of the jobs are done by computers.

Things got a bit heated during the public meeting at the administration building earlier Tuesday. As supervisors weighed the benefits.

Last week, Talen Energy the company that owns the Susquehanna nuclear power plant in Salem township announced plans to develop a digital infrastructure campus next to the plant.

“Amazon, Google, all those cloud computing applications… Those are the potential clients, customers that we will have in the data center buildings. On the coin mining side, there will be computers again located in those buildings and those computers will run computations that will trigger and generate the issuance of coins,” explained Dustin Wertheimer, VP and Division CFO Talen Cumulus and Susquehanna Data Center.

Bitcoin uses encryption techniques to control the creation of monetary units and to verify the transfer of funds – that process is called Bitcoin mining and it’s done on very sophisticated computers.

A release from Talen Energy says their joint venture with the Bitcoin mining company Terawulf is expected to invest about 400 million into phase 1 of the operation.

What will it give Salem Township? Some say not enough.

The township is in negotiations with Talen over the host agreement. At the public meeting on Tuesday, supervisors discussed their offer to pay the township $25 thousand a year. Supervisors considered a counter-offer asking them for $250 thousand instead.

“$250 thousand to host this? I mean this is ridiculous and them slapping you in the face with that 25 thousand? Come on!” said a member of the public, at the township meeting.

But they realized they need more information, specifically about the projected profits, which are likely much higher than they thought.

“We talked about a billion-dollar project here. More than a million square feet of buildings…they’ve got to help the community in some way,” said Malcolm Plevyak, Vice Chairman of the Salem Township Board of Supervisors.

“All this new information now gets brought to light. I think it puts a change on some of the things that need to happen here,” said Frede Fransen, a Salem Township supervisor.

The facility is expected to begin operating by mid-2022. As of now, the township has only granted permission for the site work.

The township is reviewing the project for final approval, there is a conditional use hearing scheduled for August 31st.

[ad_1] Superconducting quantum computers are huge and incredibly finicky machines at this point. They need to be isolated from anything that might … END_OF_DOCUMENT_TOKEN_TO_BE_REPLACED