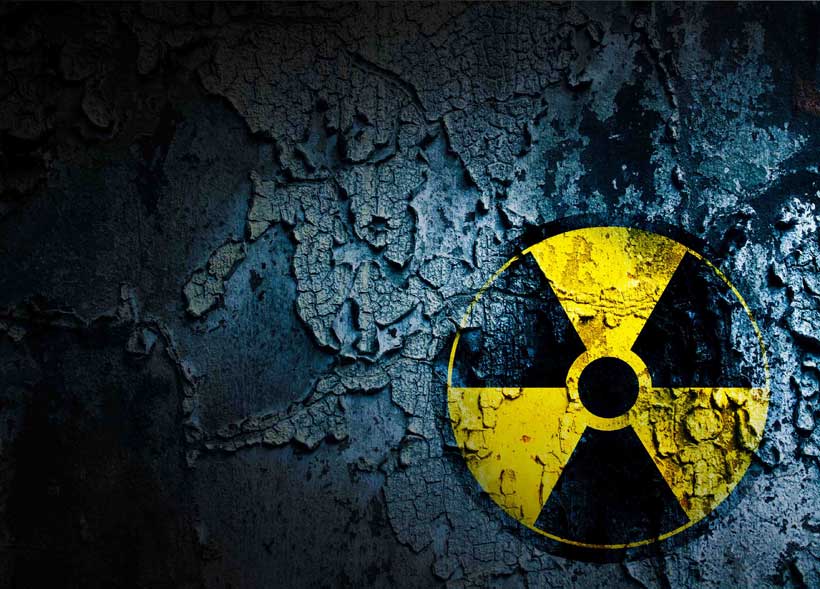 The author is of the view that nuclear security is lax in India. More so, because of the 123 Agreement and sprawling  nuclear installations in several states. The thieves and scrap dealers even dare to advertise online sale of radioactive uranium. India itself has reported several incidents of nuclear thefts to the international bodies. The author wonders why India’s security lapses remain out of international focus. Views expressed are personal.

Amid raging pandemic in the southern Indian state of Maharashtra, the anti-terrorism squad arrested  (May 6, 20210) two persons (Jagar Jayesh Pandya and Abu Tahir Afzal hussain Choudhry) for attempting to sell seven kilograms  of highly-radioactive muranium for offered price of  about Rs. 21 crore. The “gentlemen” had uncannily advertised  the proposed sale online.. As such, the authorities initially dismissed the advertisement as just another hoax. They routinely detained the “sellers-to-be” and forwarded a sample of their ware to the Bhabha Atomic Research Centre.  They were shocked when the centre reported that “the material was natural uranium”.  As such the squad was compelled to book the duo under India’s Atomic Energy Act, 1962 at Nagpur police station (Explained: ATS seizes 7 kg uranium worth  Rs. 21 crore from a scrap dealer…Indian Express May 7, 2021).

Not a unique incident

The event, though shocking, is  is not  one of its kind. Earlier, in 2016 also, two persons were arrested by Thane (Maharashtra) police while they were trying to sell eight to nine kilograms of depleted uranium for Rs. 24 crore.  It is surmised that sale of uranium by scrap dealers in India is common. But, such events rarely come in limelight. According to Anil Kakodar, former chairman of the Atomic Energy Commission, `Factories using uranium as a counterweight in their machines are mandated to contact the Atomic Energy agencies and return uranium to them. They however resort to short cuts and sell the entire machine with uranium in scrap’.

India media scarcely report such incidents. However, Indian government sometimes reports such incidents to the International Atomic Energy Agency (IAEA) to meet disclosure requirements. According to international media reports (February 25, 2004), India reported 25 cases of “missing” or “stolen” radio-active material from its labs to the IAEA.  Fifty-two per cent of the cases were attributed to “theft” and 48% to the “missing mystery”.  India claimed to have recovered lost material in twelve of total 25 cases.  It however admitted that 13 remaining cases remained mysterious.

India’s reports such incidents to the IAEA to portray itself as a “responsible state”.  It is hard to believe that radio-active material could be stolen from nuclear labs without operators’ connivance.

Nine computers, belonging to India’s Defence Research and Development Organisation establishment at Metcalfe House, New Delhi, were stolen. India communicated 25 cases of ‘stolen or missing’ uranium to the IAEA. In different incidents, uranium in varying forms and quantities continue to be recovered from scrap dealers and others by Indian authorities. The recoveries include fifty-seven pounds of uranium in rod form, eight kilograms in granular form, two hundred grams in semi-processed form, besides twenty-five kilograms in radioactive form, stolen from the Bibi Cancer Hospital.

Too, the ‘thieves’ stole three cobalt switches, worth Rs. 1.5 million, from Tata Steel Company laboratory at Jamshedpur (Jharkhand). A shipment of beryllium (worth $24 million), was caught in Vilnius, on its way to North Korea. Taiwanese authorities had intercepted a ship carrying dual-use aluminum oxide from India to North Korea. A New Jersey-based Indian engineer Sitaram Ravi Mahidevan was indicted for having bypassed US export procedures to send blue-prints of solenoid-operated valves to North Korea.

We know that the Taiwanese authorities had intercepted a ship, carrying dual-use aluminum oxide from India to North Korea.  The oxide is an essential ingredient of rocket casings and is, as such, prohibited for export to “rogue” countries.

Despite recurrent incidents of theft of uranium or other sensitive material from indiandian nuclear labs, the IAEA never initiated a thorough probe into lax security environment in government and private nuclear labs in india. However, the international media has a penchant for creating furore over uncorroborated nuclear lapses in Pakistan. The Time magazine article ‘Merchant of Menace’, had reported that some uranium hexafluoride cylinders were missing from the Kahuta Research Laboratories.  Pakistan’ then information minister and foreign-office spokesman had both refuted the allegation.  Masood Khan (foreign office) told reporters, `The story is a rehash of several past stories’.

Similarly,  Professor Shaun Gregory in his report ‘The Security of Nuclear Weapons’ contends that those guarding about 120 nuclear-weapon sites, mostly in northern and western parts of Pakistan, have fragmented loyalties. As such, they are an easy prey to religious extremists.

Frederick W. Kagan and Michael O’Hanlon, also draw a gloomy portrait of the situation in Pakistan. In their article, published in The New York Times, dated November 18, 2007, they predicted that extremists would take over, if rule of law collapses in Pakistan. Those sympathetic with the Taliban and al-Qaeda may convert Pakistan into a state sponsor of terrorism. They pointed to Osama bin Laden’s meeting with Sultan Bashiruddin Mahmood and Chaudhry Abdul Majeed, former engineers of Pakistan’s Atomic Energy Commission (having no bomb-making acumen).

They claimed that U.S. military experts and intelligence officials had explored strategies for securing Pakistan’s nuclear assets. One option was to isolate the country’s nuclear bunkers. Doing so would require saturating the area, surrounding the bunkers, with tens of thousands of high-powered mines, dropped from air, packed with anti-tank and anti-personnel munitions. The panacea, suggested by them, was that Pakistan’s nuclear material should be seized and stashed in some “safe” place like New Mexico.

The fact is that the pilloried Pakistani engineers had no knowledge of weaponisation (“When the safest is not safe enough,” The Defence Journal -Pakistan), pages 61-63). The critics mysteriously failed to mention that Pakistan is a party to the UN Convention on the Physical Protection of Nuclear Materials. The steps taken by Pakistan to protect its nuclear materials and installations conform to international standards. The National Command Authority, created on February 2, 2000, has made fail-safe arrangements to control development and deployment of strategic nuclear forces. Pakistan’s nuclear regulatory authority had taken necessary steps for safety, security, and accountability of Pakistan’s nuclear weapons, facilities, and materials even before 9/11 incident. These controls include functional equivalent of the two-man rule and permissive action links (PALs). The indigenously-developed PALs are bulwarks against inadvertent loss of control, or accidental use of weapons. So far, there has been no security lapse in any of Pakistan’s nuclear establishments.

There are millions of radioactive sources used worldwide in various applications. Only a few thousand sources, including Co-60, Cs-137, Ir-192, Sr-90, Am-241, Cf-252, Pu-238, and RA-226 are considered a security risk. The Pakistan Nuclear Regulatory Authority (PNRA) has enforced a mechanism of strict measures for administrative and engineering control over radioactive sources from cradle to grave. It conducts periodic inspections and physical verifications to ensure security of the sources. The Authority has initiated a Five-Year National Nuclear-Safety-and-Security-Action Plan to establish a more robust nuclear-security regime. It has established a training centre and an emergency-coordination centre, besides deploying radiation-detection-equipment at each point of nuclear-material entry in Pakistan, supplemented by vehicle/pedestrian portal monitoring equipment where needed.

Fixed detectors have been installed at airports, besides carrying out random inspection of personnel luggage. All nuclear materials are under strict regulatory control right from import until their disposal.

Nuclear controls in India and the USA are not more stringent than Pakistan’s. It is not understood why the media does not deflect their attention to the fragile nuclear-security environment in India. It is unfortunate that the purblind critics fail to see the gnawing voids in India’s nuclear security.

The ‘research work’ by well-known scholars reflects visceral hatred against Pakistan. The findings in fresh ‘magnum opuses’ are a re-hash or amalgam of the presumptions and pretensions in earlier-published ‘studies’. It is time that the West deflected its attention to India where movements of nuclear materials, under the 123 expansion plan, are taking place between nuclear-power plants sprawling across different states.

Above all, will the international media and the IAEA look into open market uranium sales in India.

LANSING, Mich. (WLNS) — The Crime Stoppers of Mid-Michigan are staying busy this week, with four different cases that they need your help with. Two … END_OF_DOCUMENT_TOKEN_TO_BE_REPLACED