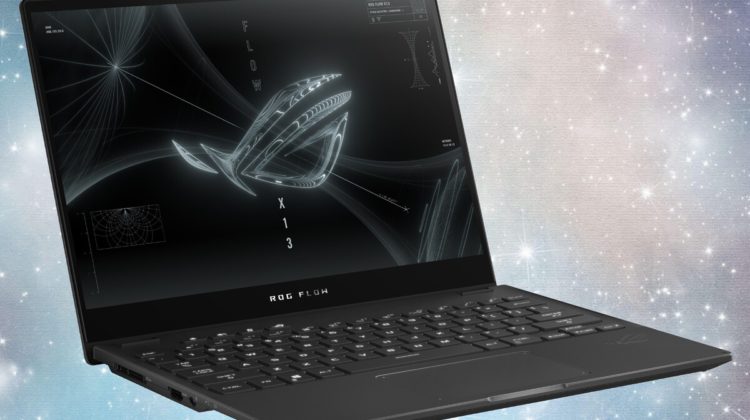 With Nvidia’s powerful GeForce 30-series now available in laptops, it’s time to revisit the eternal desktop-versus-laptop-PC question—focused on gaming, because most looking at GeForce 30-series computers would probably put gaming at the top of their task list.

The question is even more complicated these days. Dramatic leaps in CPU and GPU performance have led to unprecedented demand and volatile pricing. Nevertheless, if we walk through the primary criteria, there is a clear winner for most of them—and your own priorities should lead you to the best answer. To skip to what matters to you most, click one of the links below (or to the left):

Gaming laptops are typically the heaviest of all laptops, with weight generally running from four to eight pounds. Laptops at the upper end of that scale are about as much fun to carry as an engine block, but even the heaviest is easier to tote than a desktop. And then there are disruptors like the upcoming Asus ROG Flow X13Remove non-product link, which is a scant three flabbergasting pounds of Ryzen 5000-powered gaming chops.

Start by looking at where and how you use your gaming PC. Portability in a pandemic might seem less important, but who wouldn’t benefit from the ability to relocate quickly from the kitchen table to the deck on a beautiful spring day? Maybe you want to game or edit video in the peace and quiet of the den, or use your powerful gaming laptop to record your one-nerd band in the garage?

Basically if you like the sound of being unshackled, you may really want a gaming laptop instead of a desktop.

Just as portability is a no-brainer for a gaming laptop, value is typically a gimme for desktops. Desktop parts almost always cost less than building an entire laptop.

Unfortunately for buyers, the shortage of desktop GPUs has made this one a lot closer than you’d expect. To compare value, we configured an 8-core Core i7-10700K CPU with GeForce RTX 3060 Ti, 1TB M.2 PCIe SSD, 32GB of RAM, case, OS, mid-motherboard, 750-Watt PSU and cooler on PCPartPicker. To make it fair, we also bundled a 240Hz, 24-inch 1080p panel, mechanical RGB keyboard, mouse, and speakers—to match the accessories a laptop includes.

That’s a much narrower gap than we’ve ever seen before—and that’s using a GeForce RTX 3060 Ti in the desktop. If you moved up to a GeForce RTX 3080 because you’re into the whole model-number parity (please read our performance section), then the desktop would cost you $3,300.

The short story is that yes, if you skip all the accessories, the desktop can be the better value. Unfortunately the insane price inflation in desktop GPUs has actually made gaming laptops far more competitive on value for now.

The desktop didn’t win the value category as we expected, but if you like to squeeze maximum life out of hardware, a standards-based desktop PC is the ultimate expression of that. You can upgrade anything on a desktop PC after it has worn out or reached its end of life.

Larger gaming laptops tend to be the most ‘upgradable’ of all laptops, but even then you’re usually limited to the RAM and storage. The CPU and GPU are typically integrated onto a motherboard, which makes upgrades out of the question. Some Intel-based laptops do have the option of external graphics via Thunderbolt, but if you’re going to do that, the desktop probably made more sense.

Because very few people ever actually make major upgrades, only those who think very long-term care about upgradability. For them, desktops remain at the top of the list.

As for the CPU, regular gaming laptops (not those Mack-truck sized laptops with desktop chips) top out at 8 cores, whether the CPU comes from Intel or AMD. Desktops don’t have that limitation.

Before you make this your sole decision for a desktop, remember that performance only matters if you use it. For gaming and for the vast majority of applications people use, today’s gaming laptops are stupidly fast. Throwing money at performance you don’t use is a waste.

With that out of the way, the desktop is the right way to go for the performance-minded.

If you’re still torn between a gaming desktop and a gaming laptop but you’re ready to spend that money right now, the next question concerns what you can actually buy. As we mentioned in the Value section above, the latest Nvidia GeForce 30-series GPUs are either insanely priced or simply not available. That GeForce RTX 3060 Ti that has an MSRP price of $400—good luck finding it. If you do find it, you may pay twice as much as its list price. We looked for a GeForce RTX 3080 on Newegg.com and saw nothing but the customary “out of stock” warning.

Looking at Newegg for GeForce 30-series laptops, we found at least 20 for order, with another five available for pre-order. Whether that holds long-term is hard to say, but clearly being able to buy it rather than window-shop is an advantage. Our roundup of the best gaming laptops can make some recommendations.

If you’re tempted to add up the winners and losers in each category to decide what to buy, don’t. As all PCs are personal, they should be tailored to your needs. You should instead weigh each category differently. If, for example, you want to use the same computer for the next 10 years, the desktop gives you the most flexibility and upgradability. If the idea of having an ungodly amount of computing power that you can also use in the backyard, then obviously the portability of the gaming laptop matters.

The key criteria of value and performance could change by the week if not the day. More performance means more money. With the current drought of new desktop GPUs, gaming laptops and the performance they offer have never looked better.

After ‘The Voice’ and BET, two Mississippians give one last concert before heading to L.A. Published 6:45 am Monday, January 30, 2023 … END_OF_DOCUMENT_TOKEN_TO_BE_REPLACED

Despite increasing layoffs across the country, demand for IT pros remains high, especially for software developers and senior software … END_OF_DOCUMENT_TOKEN_TO_BE_REPLACED