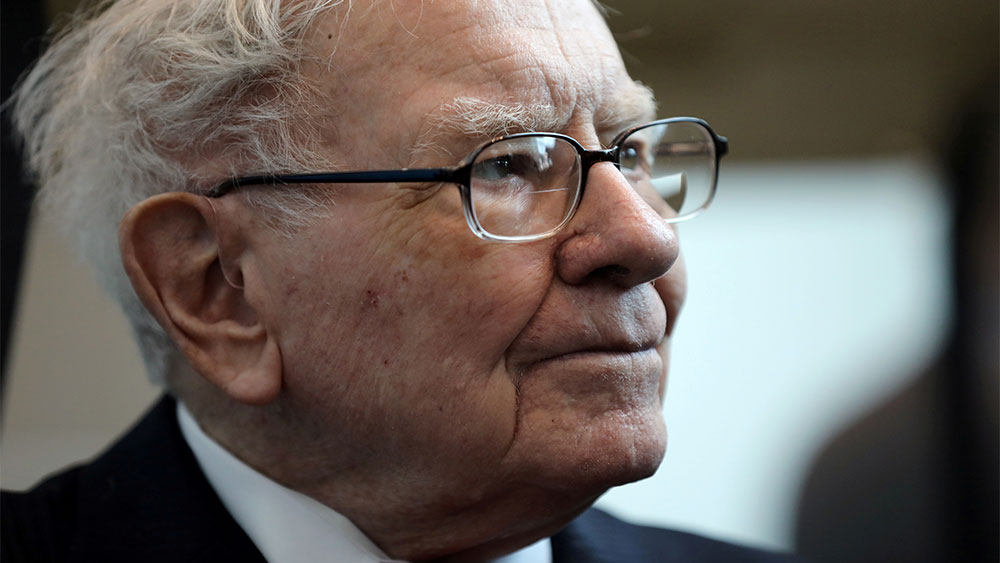 Warren Buffett stocks are famous for their tight focus. And this year the famed investor’s highly concentrated play on a few top S&P 500 stocks is paying off.

Betting big on winners is part of Buffett’s strategy. It hurts when it doesn’t work, but it’s powerful when it does.

“We’ve always known that the dream business is the one that takes very little capital and grows a lot. And Apple and Google (GOOGL) and Microsoft (MSFT) and Facebook (FB) are terrific examples of that,” Buffett told investors on May 1 of this year. “I mean Apple has $37 billion in property, plant and equipment. Berkshire has $170 billion or something like that, and they’re going to make a lot more money than we do. They’re in a better business.”

Apple shares are finally coming alive in the past 30 days — hitting new all-time highs — and Buffett is a big winner. This single stock accounts for nearly 43% of Berkshire Hathaway’s portfolio of U.S.-listed stocks.

And the value of his 887 million shares in the smartphone maker added $11 billion to his portfolio in 2021 so far alone. Berkshire is the third largest holder of Apple shares, with roughly 5% of shares outstanding.

It’s the giant size of the position that explains why it’s such a large dollar-value contributor to Berkshire Hathaway’s gain this year. The fact that this one stock drove 25.7% of the portfolio’s gains isn’t as impressive when you consider it accounts for almost half of the portfolio.

Apple shares are actually only up 9.4% this year, running far behind the S&P 500’s 16.3% rise. But interestingly, Apple is turning into a market leader again lately. Apple’s shares are up nearly 13% in just the past month. The S&P 500 in that time is up less than 3%.

Should you buy Apple stock now?

If there’s a sector Buffett knows, it’s definitely not airlines. It’s financials. And two massive bets in the sector are beginning to pay off.

Bank of America is the No. 2 position in Buffett’s portfolio at roughly 13%. Even so, the value of his more than billion shares is up more than 31%, or $9.6 billion. That means this one stock accounts for a quarter of the gains in the U.S.-listed portfolio. That’s better than many of the bank’s own bets are performing.

Financial stocks have been punching more than their weight in the S&P 500 all year. The Financial Select Sector SPDR ETF (XLF) is up nearly 25% this year. That’s the third-best showing among all 11 S&P 500 sectors. And Buffett favorite American Express is a winning example.

Berkshire’s holdings in the financial are up more than 40% this year to more than $26 billion. His gain on the 151.6 million shares he owns is north of $7.7 billion. And that means American Express accounts for more than 20% of Berkshire’s profit on U.S.-listed companies, while it’s only 8.6% of the portfolio. That’s a powerful contribution. Berkshire owns nearly 19% of American Express, making it the No. 1 holder of stock.

All this shows picking the right position size is important in investing, too, so you want to do it right. And for now, it’s paying off for Warren Buffett stocks, too.

Based on most recently disclosed position sizes

MarketSmith: Research, Charts, Data And Coaching All In One Place

Amazon is freezing corporate hiring in its retail business for the rest of the year, according to an internal announcement obtained by The New York … END_OF_DOCUMENT_TOKEN_TO_BE_REPLACED

Last week, Idaho Gov. Brad Little announced the appointment of Alberto Gonzalez as the new administrator for the Office of Information Technology … END_OF_DOCUMENT_TOKEN_TO_BE_REPLACED