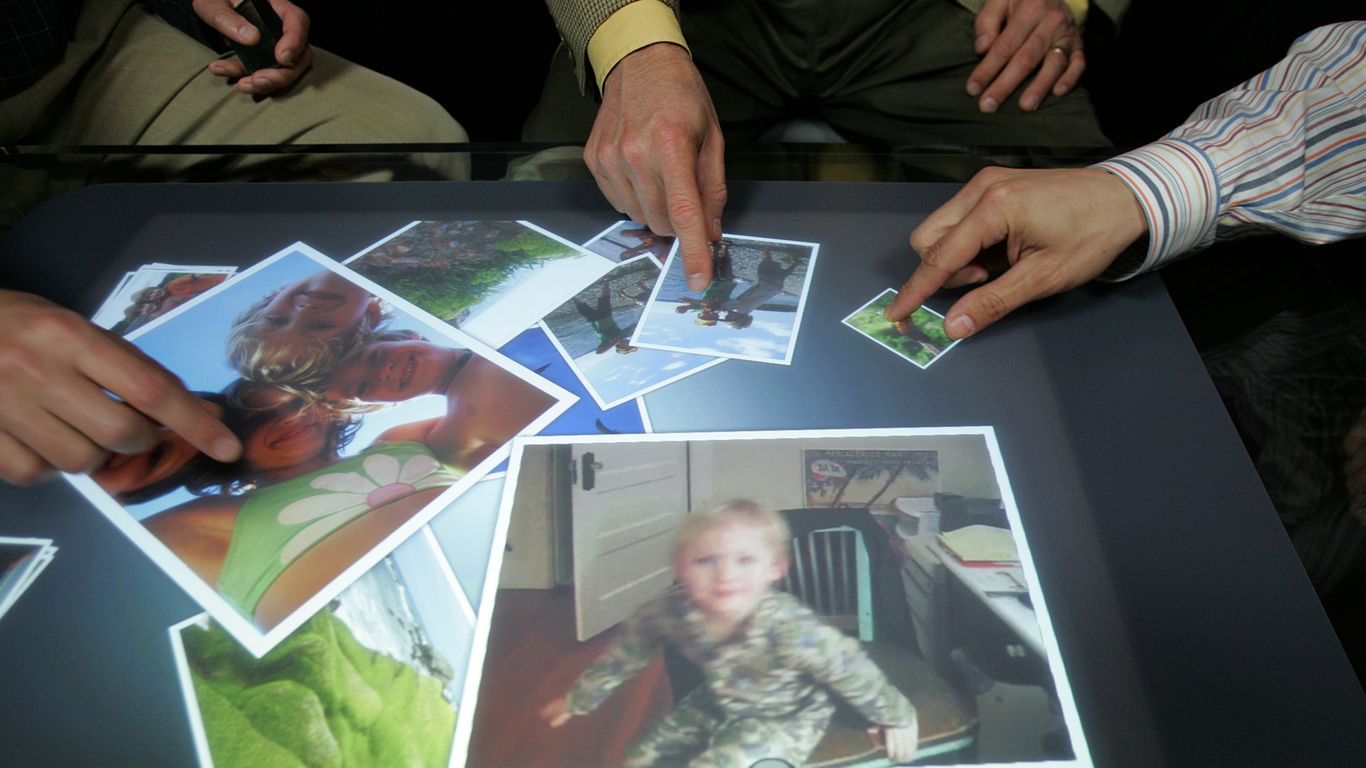 When Microsoft debuted its giant Surface tabletop computer back in 2007, executives predicted it might only take three to five years for a version to make its way to consumers. That never happened, but 15 years later, tabletop computing is back — this time in a new, game-focused vision from another company.

Why it matters: Long ago both Bill Gates and “Minority Report” promised a future in which every wall and surface becomes a digital screen where information can be displayed and manipulated by touch. That future is finally beginning to materialize.

Driving the news: Tastemakers — best known for Arcade 1Up, its line of slimmed down versions of ’80s arcade games — is launching retail sales of the Infinity Game Table next month, following a successful Kickstarter campaign.

Flashback: The original Surface may be a distant memory now, but it was a groundbreaking computer for its time, with demos that wowed.

Yes, but: Priced at a prohibitive $10,000 and extremely bulky, the device never got a chance to move beyond niche business markets. Microsoft eventually licensed the technology to Samsung, and later reused the Surface name for its own consumer tablets.

Between the lines: The iPhone made touch screens a part of our lives while the Surface vanished.

What’s next: A lot of surface areas have yet to be digitized. Despite Gates’ promise, most walls still only smudge when we touch them.

[ad_1] Superconducting quantum computers are huge and incredibly finicky machines at this point. They need to be isolated from anything that might … END_OF_DOCUMENT_TOKEN_TO_BE_REPLACED