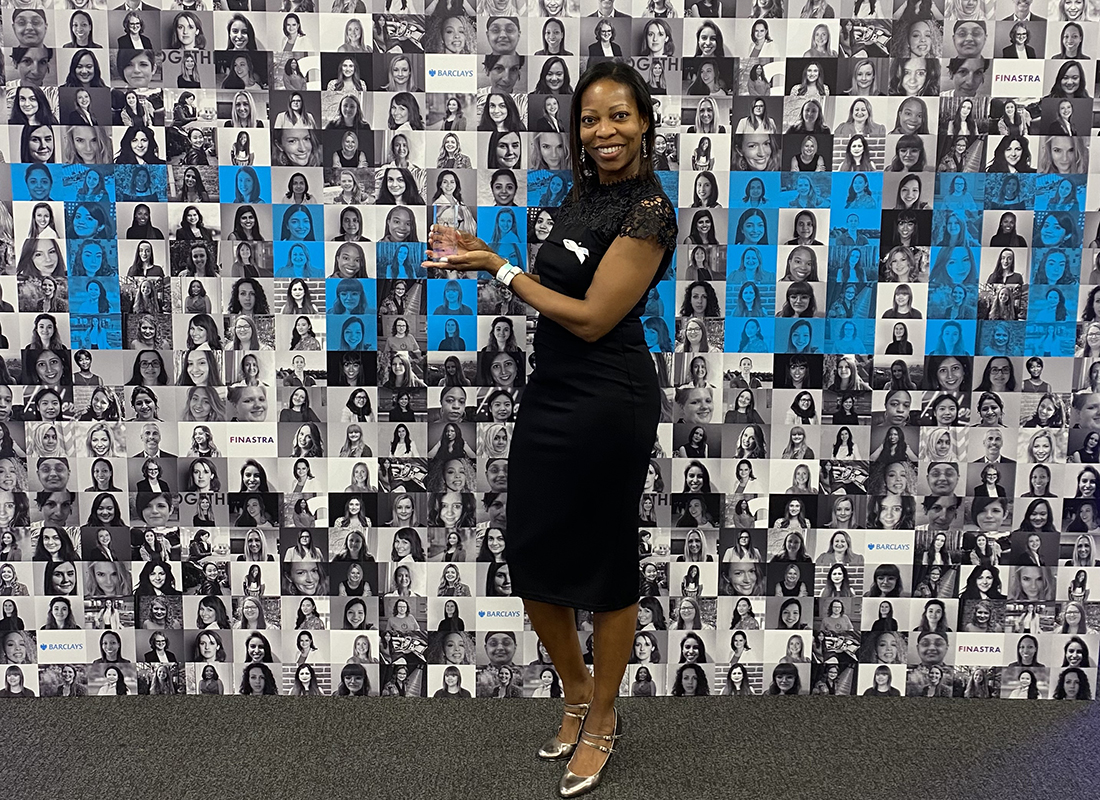 Summing up her success at the awards, Beverly Clarke MBCS, the former National Community Manager at the BCS-backed Computing at School, said: ‘Receiving the #TechWomen100 award was a very pleasant surprise and an honour, from nomination to award winner! I am very proud and delighted to receive this award. I hope that my achievements inspire other women into a career in tech. There is still vital work to be done in this space, and I am pleased to play my part.’

Over 1000 nominations were whittled down to a longlist of 200, and the final #TechWomen100 winners were given a glass award and a packed goodie bag.

The event was hosted by Julia Streets, CEO of Streets Consulting, who admitted to being a ‘recovering stand-up comedian.’ The soon-to-be Vice President of BCS, Sue Black OBE, Professor of Computer Science and Technology Evangelist at Durham University, spoke about her personal and professional journey in tech, from homeless single parent to leading academic, campaigner, founder of BCS Women and advisor to the UK government.

While the night was very much a celebration of the achievements of great women, it was overshadowed by the fact that women are still grossly underrepresented in the industry.

Vanessa Vallely OBE, the founder of WeAreTheCity and WeAreTechWomen, and creator of the awards said: ‘I would like to extend a huge congratulations to this year’s winners of WeAreTechWomen’s #TechWomen100 awards. Women represent only 17% of the tech industry, which has remained stagnant for the past eight years.

‘By highlighting these incredible women and all of their achievements, we hope to create much-needed role models for the future. Women that will pay it forward, develop communities, support each other and use their platforms to encourage more women and girls into the industry.’

The room was filled with people willing to “pay it forward” and support women in their existing organisations and starting new organisations to support females in the tech industry.

Tech She Can, a charity committed to changing the ratio of women in technology, shared the statistic that just 3% of women think of a career in IT as their first choice. They aim to train more volunteers, creating an outreach programme to attract more girls to take STEM subjects and become the women IT leaders of the future.

As well as inspirational personal stories, there were also thought provoking speeches from women sharing their career journeys and achievements as well as a number of “enablers” – men from tech backgrounds who have made it their job to help and mentor women into IT roles – so a special mention must be made of Samir Javeri, Partner at Oliver Wyman; Jonathan Kewley, Co-Head of the Clifford Chance Tech Group; and Rob McCargow, Technology Impact Leader PwC and 2021 Editor’s Choice Award Winner. Russ Shaw CBE of Tech London Advocates & Global Tech Advocates also picked up a huge gratitude of thanks from many in the room and the #TechWomen100 Lifetime Achievement Award.

After ‘The Voice’ and BET, two Mississippians give one last concert before heading to L.A. Published 6:45 am Monday, January 30, 2023 … END_OF_DOCUMENT_TOKEN_TO_BE_REPLACED