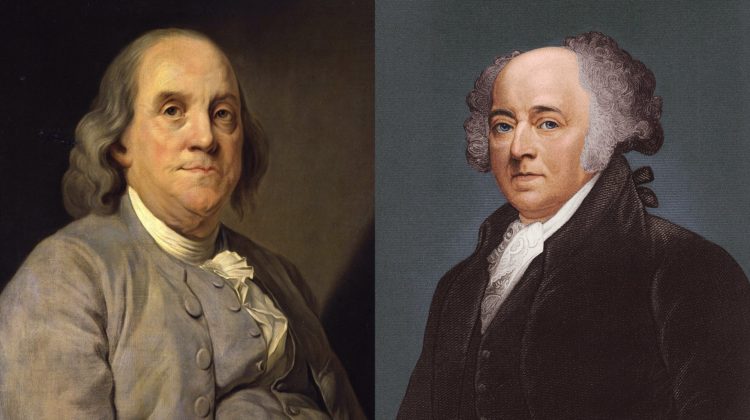 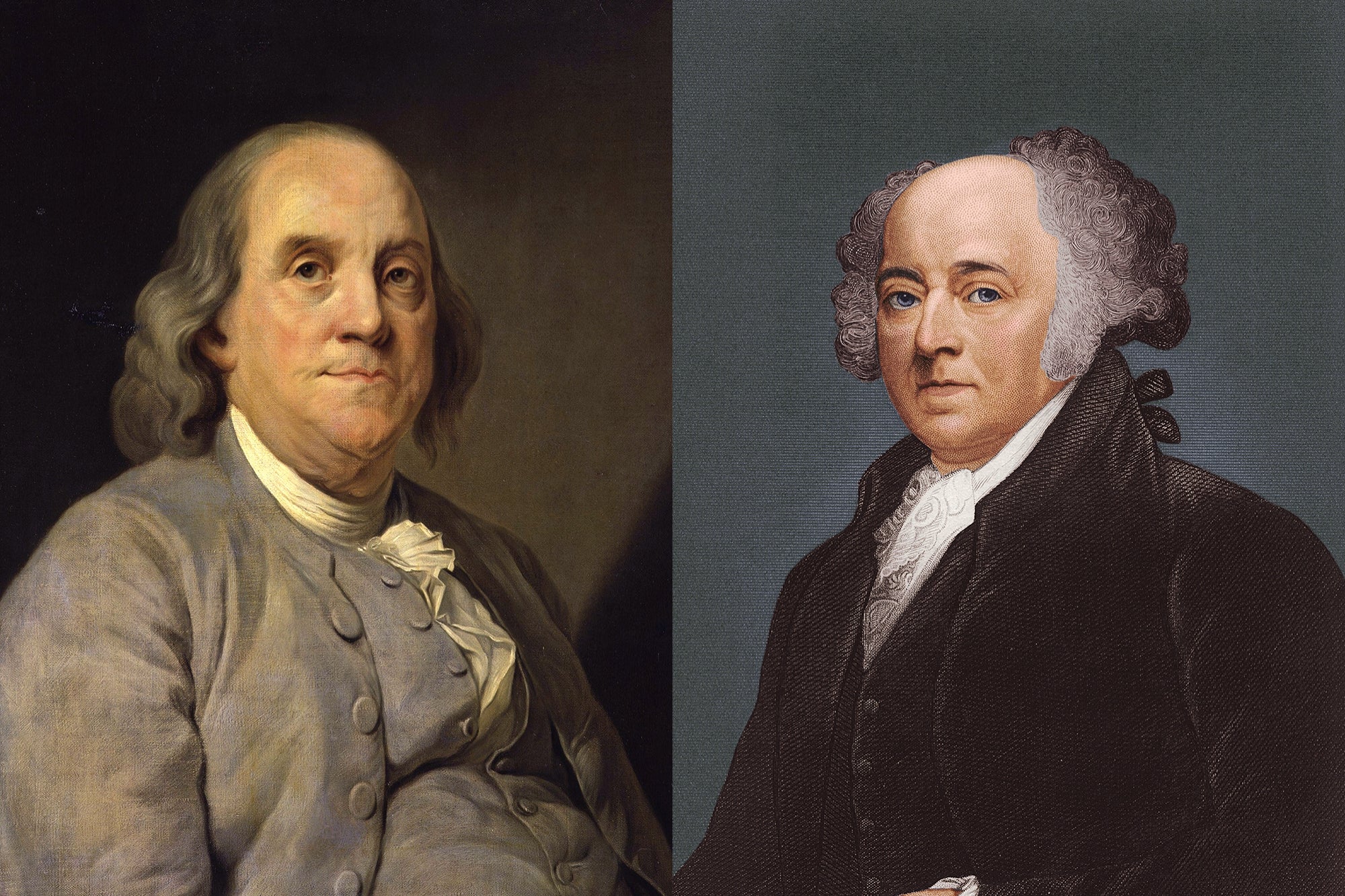 Imagine two of our country’s founding fathers — one of them aged 41, the other 70 — sharing a single bed together on a chilly night in the fall of 1776.  Yeah, it happened. And it wasn’t pretty.

The younger man was John Adams, who in 21 years would become our nation’s second president. His bedmate for the evening was none other than the eminent scientist, publisher and statesman Benjamin Franklin. Both — along with one other delegate appointed by the Continental Congress — were headed to Staten Island from Philadelphia to engage in what would be failed peace talks with a British Admiral, after American troops led by General George Washington had narrowly escaped a disastrous battle on Long Island.

Related: Why Did The BBC Send Their Staff to a Course On How to Drink Water?

Today a drive from Philly to Long Island, one that I’ve taken many times, takes just a few short hours. But in 1776 that journey required days and was long enough that the party were forced to stop overnight at a tavern in Piscataway, N.J. The inn was busy that night, and only two rooms were available. Adams and Franklin chose to share a bed in a room without a chimney and with only one small window. And then the fun began.

According to David McCullough’s biography of the second president, the two men “argued fiercely” over whether or not to keep a window open that night. “The Window was open, and I, who was an invalid and afraid of the Air in the night blowing upon me, shut it close,” Adams wrote in his diary. “Oh! says Franklin don’t shut the Window. We shall be suffocated. I answered I was afraid of the Evening Air. Dr. Franklin replied, the Air within this Chamber will soon be, and indeed is now worse than that without Doors: come! open the Window and come to bed.”

The two men bickered back and forth about the conditions, with Adams citing his frail nature and Franklin referring the younger man to his own “Theory of Colds” which held that, “Nobody ever got a cold by going into a cold church or any other cold Air.” Eventually the two men agreed to disagree, with Adams falling asleep to the sounds of Franklin’s “harrangue, upon Air and cold and Respiration and Perspiration.”

So there you have it: Our two founding fathers, both overweight, unwashed and likely snoring in the same bed together for a night in New Jersey — with the window open – while on their way to try and save the nation. The mission, as we all know now, failed. The war continued until it officially ended in 1783. No one knows if the two men ever shared a bed again.

The recent pandemic brought business travel to a standstill. But now, the travel industry is slowly recovering, with both airline passenger traffic and hotel bookings steadily rising. That’s a good thing. But you know what else is a good thing? Climate controlled rooms. Clean sheets. Hot water. Seat belts.

Today’s working professionals rarely have to share a room together, yet alone a single bed. We cover miles in hours, rather than days. We travel in relative comfort and in planes and trains and vehicles with air conditioning, internet access and air bags. We stay in hotel rooms that are palaces compared to the 18th century inns of New Jersey. And yet we still complain.

Related: That Time Julius Caesar Was Kidnapped and Insisted His Captors Increase Their Ransom

We should always be grateful for the sacrifices Franklin, Adams and all the founding fathers made to create our great country. But just as importantly, think of the two of them sharing a bed together on a work journey.  That image alone should also make us gratified for the times we live in, even when our flights are delayed or we have to wait in line to check in to our hotels. Because those times are coming back very, very soon.

Among the patchwork of dead zones woven across the state, there are those who never experience a dropped connection. They never had one in the first … END_OF_DOCUMENT_TOKEN_TO_BE_REPLACED

SANDPOINT – Computers open up a world of possibilities, and Sandpoint High School junior Kynan Murphy is taking full advantage. “You can do anything … END_OF_DOCUMENT_TOKEN_TO_BE_REPLACED