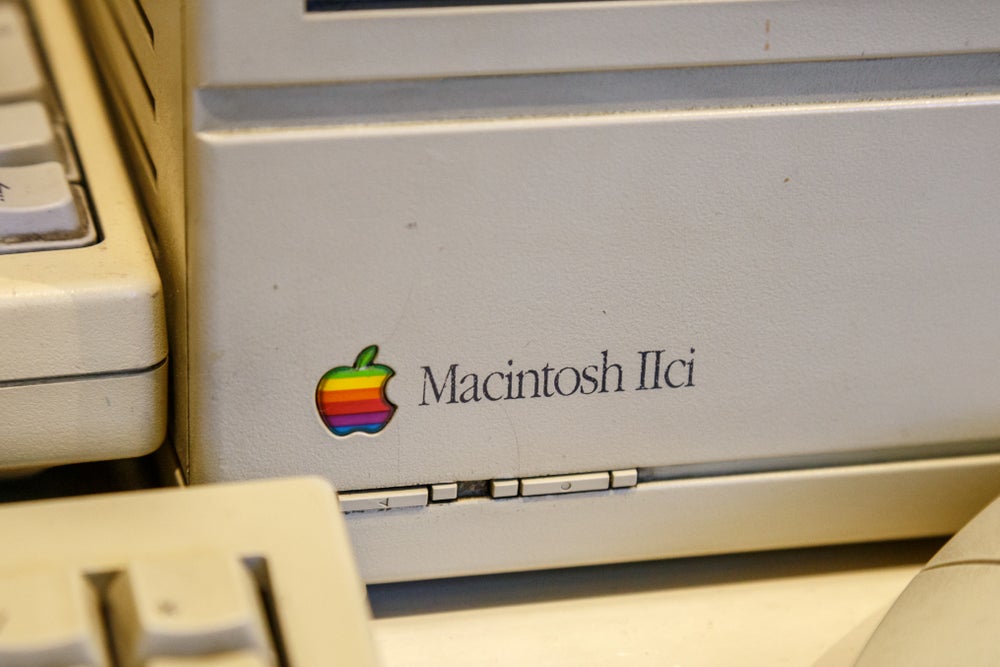 There are some books that I keep near my bedside. They are not usually great classics or fat treatises, but books that allow me to return to them again and again for inspiration or to reorder my ideas. They are books that I have read and reread many times. Among my bedside books are The Little Prince , Letters from the Devil to His Nephew , Out of Series , The Richest Man in Babylon , The Purple Cow , The Like Button , The Man’s Search for Meaning , The Adventures of Sherlock Holmes , The Virgin Style and, more recently, a short compendium of 14 leadership lessons from Steve Jobs , from his biographer, Walter Isaacson.

The full biography is well worth it; But in this little book, Isaacson does a commendable job of synthesis, tackling the main lessons of a man who, despite his many flaws, managed to transform the world we live in, the way we connect, and the content we consume.

As the name implies, the book features 14 lessons . They are lessons about business, creativity, entrepreneurship and life. In honor of the simplicity and the own space in an article like this, I share my seven favorites. Perhaps they are enough to arouse your curiosity and seek the other half in its original source!

“Simplicity is the ultimate sophistication,” Apple claimed in its first advertising brochure. Eliminating all unnecessary components allows a product or system to show its true soul. Jobs learned to admire simplicity when he worked the night shift at Atari after leaving college. It’s hard to believe, but Atari games didn’t come with an instruction manual . The only instructions for the Star Trek arcade game were: 1. Insert a coin. 2. Avoid the Klingons. This marked the style of Jobs, who since then remained obsessed with simplicity, cleanliness, usability and intuition.

This requires, in our case, a true passion to eliminate unnecessary parts in products and processes for the sake of economy and simplicity. Simplicity is not the same as laziness or carelessness. It takes a great gardener to know which branches to prune.

2. Take responsibility for the entire process

Companies – and the entire world – are full of people whose favorite phrase is “that’s not my job.” They are people who have been educated to push a button, tighten a nut, close a door. They take their part in the process, but avoid the whole process. They don’t care about the final product, or the experience, or the identity at all, but just doing their part, getting the job done, and having their backs covered if something goes wrong. “It wasn’t my fault,” they’ll say. “That is not my job.”

Leaders take responsibility for the entire process. They always give more than what is asked of them, not because they want applause, or want to show off, but because the whole process simply hurts in their stomach, in their bones, in their soul. Jobs checked every part of the product, every screw and every connection. I reviewed the design, production, programming. In particular, he reviewed each moment in the user experience: purchase, payment, unboxing , installation and use.

Leaders do not govern from income statements or briefings. Leaders move, peek, open doors, greet people, review designs, open files, ask questions, and spend time immersing themselves in the entire process. It is true that leaders know when to delegate, but above all, they know when not to.

The “reality distortion field” is one of Steve Jobs ‘most famous characteristics, and was named for Steve Wozniak because of the impact that Jobs’ trust had on other people. When someone – whether it was an Atari engineer, Wozniak himself, or a Macintosh executive – told Jobs that something was “not possible,” Steve would look at them intently. “You can do it. I know you can. But you have to believe it. ” Most of the time, these people achieved what they had previously called “impossible.”

And in your own projects? Get in the habit of not taking “no” for an answer, or “impossible” for any explanation. As a leader, you have to believe that you can give more, that others can give more and that, while your competition sits waiting for the “possible” things to happen, you are taking a step further.

But of course, first you have to believe it.

When someone – whether it was an Atari engineer, Wozniak himself or a Macintosh executive – told Jobs that something was “not possible,” Steve would look at them intensely / Image: Depositphotos.com

4. Combine the humanities and the sciences

Steve Jobs was a genius, of that there is no doubt. But his genius did not consist in being a great scientist – there were better ones, like Wozniak or Gates – and neither in being a great artist – there were also better ones. His genius consisted in working as a catalyst, as a point of union between both worlds: in creating something new in this sweet spot where science and art mixed.

Jobs was passionate about design and aesthetics almost as much as he was about functionality and speed. Their programs and gadgets didn’t just have to work well – they had to be beautiful. In business, on many occasions these two notions are in constant tension and conflict: designers and engineers; those of sales and those of administration.

A good leader must have insight and intuition on both sides of the equation , and lead everyone to work toward the same product or service.

5. Work only with the best

“My job is to be honest,” Steve Jobs said. Although the creator of Apple was famous for his short temper and his temper that could seem rude, something is true in his system. Many times – and even more, perhaps, in our Latin American culture – we can be too kind to people who do things wrong or who simply don’t work. If your company wants to be at the forefront of the wave, then, as a leader, you must be able to find and work with the best – people with the knowledge, skill and willingness to do things right.

I’m not telling you to become a tyrannical, rude, or rude boss. But there is a limit to how many things you can “let go” before they drag the company after them. Demand yourself first, communicate your vision requires others. Rudeness is not doing it.

When Jobs returned to Apple’s board in 1997, the company was developing dozens of different prototypes and products. It was not a solid company investing in research and development: it was a bankrupt and unfocused company.

Jobs walked to a large blackboard, barefoot, picked up a marker pen and drew a table with two rows and two columns, and then wrote: “Consumer, Professional, Desk, Portable.” Then he said to his team: stop everything you are doing and focus on just four products, one for each quadrant. 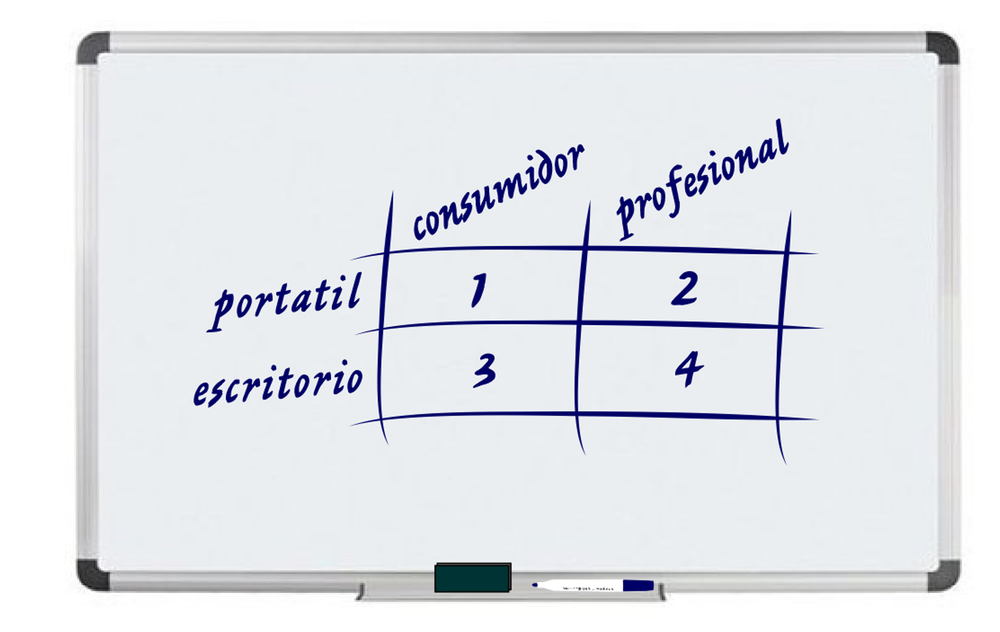 That same day, they abandoned more than 18 projects and focused on four products. These four products saved Apple from bankruptcy and reinvented the 20th century. Sometimes it is not a lack of talent or ability that fails: it is dispersion. “Deciding what not to do is as important as deciding what to do,” said Jobs himself, “and this works for both companies and products.”

“Change the world” is a phrase as trite as it is absurd. While culture and the market seem to force you to do things the same, to follow the same paths, to behave and fit in. But as Apple’s famous “1984” ad said, “Think different. This is a tribute to the insane, the misfits, the rebels, the rioters, the round tiles in the square holes. Although some see them as crazy, we see their genius, because people crazy enough to think they can change the world… are the ones who change it.

So stay hungry and go for it all. Why dream small dreams?

[ad_1] Superconducting quantum computers are huge and incredibly finicky machines at this point. They need to be isolated from anything that might … END_OF_DOCUMENT_TOKEN_TO_BE_REPLACED