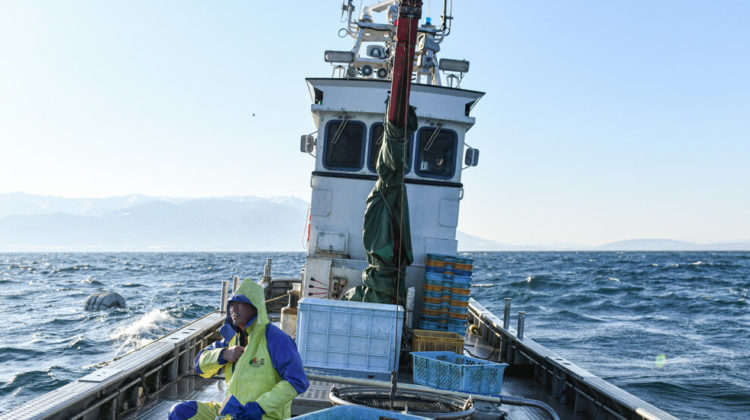 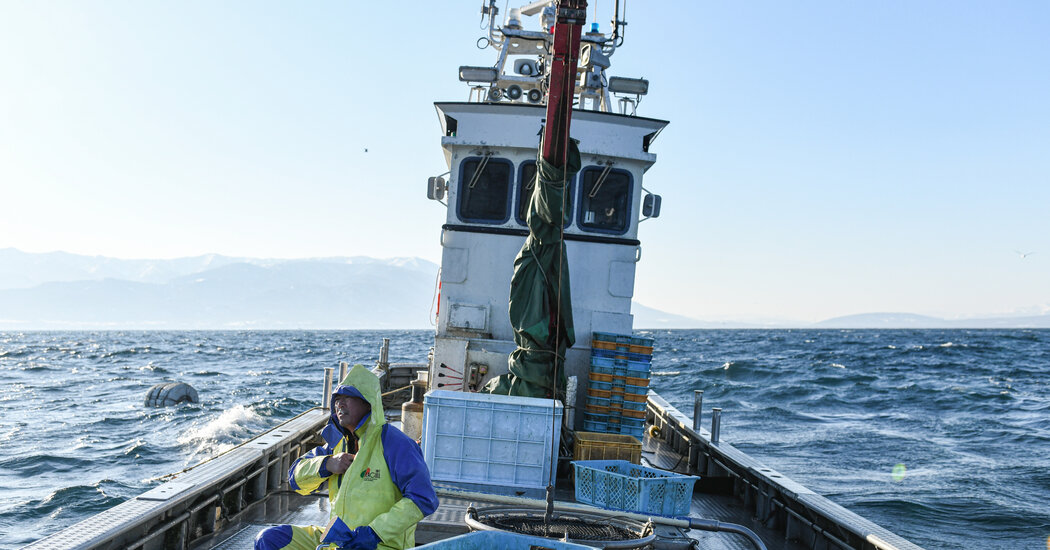 SUTTSU, Japan — It seemed like easy money. The Japanese government was conducting a study of potential locations for storing spent nuclear fuel — a review of old geological maps and research papers about local plate tectonics. It put out a call for localities to volunteer. Participating would commit them to nothing.

Haruo Kataoka, the mayor of an ailing fishing town on the northern island of Hokkaido, put up his hand. His town, Suttsu, could use the money. What could go wrong?

The answer, he quickly learned, was a lot. A resident threw a firebomb at his home. Others threatened to recall the town council. A former prime minister traveled six hours from Tokyo to denounce the plan. The town, which spends much of the year in a snowbound hush, was enveloped in a media storm.

There are few places on earth eager to host a nuclear waste dump. Only Finland and Sweden have settled on permanent repositories for the dregs of their atomic energy programs. But the furor in Suttsu speaks to the deep anxiety that remains in Japan 10 years after an immense earthquake and tsunami caused the meltdown of three nuclear reactors in Fukushima Prefecture, the world’s worst nuclear disaster since Chernobyl.

The black mark left on Japan’s nuclear industry has profound implications for the country’s ability to power the world’s third-largest economy while also meeting its obligations to combat climate change. Of Japan’s more than 50 nuclear reactors, all of which were shut down after the disaster on March 11, 2011, only nine have restarted, and the issue continues to be politically toxic.

As the share of nuclear energy in Japan has plummeted from about a third of total power to the single digits, the void has been filled in part by coal and natural gas, complicating a promise that the country made late last year to be carbon-neutral by 2050.

Even before the Fukushima calamity, which led to three explosions and a release of radiation that forced the evacuation of 150,000 people, animosity toward nuclear energy was deeply ingrained in Japan. The country is haunted by the hundreds of thousands killed by the atomic bombings of Hiroshima and Nagasaki at the end of World War II.

Still, most Japanese had come to terms with nuclear power, viewing it as an inevitable part of the energy mix for a resource-poor country that must import about 90 percent of the materials it needs to generate electricity.

After the nuclear disaster, public opinion swung decisively in the other direction. On top of a newly galvanized anxiety came a fresh mistrust of both the nuclear industry, which had built reactors susceptible to being overwhelmed in a natural disaster, and the government, which had allowed it to happen.

A parliamentary commission found that the meltdowns had been the result of a lack of oversight and of collusion between the government, the plant’s owner and regulators.

“Utilities and the government and us nuclear experts kept saying, ‘don’t worry, there won’t be a serious accident,’” said Tatsujiro Suzuki, director of the Research Center for Nuclear Weapons Abolition at Nagasaki University. Now “people think that the industry is not trustworthy and the government that is pushing the industry is not trustworthy.”

The Japanese government, which has increased safety standards for nuclear power plants, says it plans to bring more reactors back online. But Fukushima’s legacy now taints all discussions about nuclear power, even the question of how to handle waste produced long before the disaster.

“Every normal person in town is thinking about it,” said Toshihiko Yoshino, 61, the owner of a seafood business and oyster shack in Suttsu, who has become the face of the opposition to the mayor.

“It’s because that kind of tragedy happened that we shouldn’t have nuclear waste here,” Mr. Yoshino said in an interview at his restaurant, where large picture windows look out onto the snow-swept mountains rising above Suttsu Bay.

For now, the politics surrounding the waste indicate that, if it is not entombed beneath Suttsu, it will find its way to a place much like it: a town worn down by the collapse of local industry and the steady attrition of its population from migration and old age.

The central government has tried to incentivize local governments to volunteer for consideration by offering a payment of around $18 million for taking the first step, a literature review. Those that go on to the second stage — a geological study — will receive an additional $64.4 million.

Only one other town in the entire nation, neighboring Kamoenai — already next to a nuclear power plant — joined Suttsu in volunteering.

One thing Fukushima has made clear, said Hirokazu Miyazaki, a professor of anthropology at Northwestern University who has studied how communities were compensated after the disaster, is the need to find an equitable way of distributing the social and economic costs of nuclear power.

The problem is symbolized both by Fukushima’s partly uninhabitable towns and a battle over the government’s plan to release a million tons of treated radioactive water from the site into the ocean.

The government says it would make small releases over 30 years with no impact on human health. Fishermen in Fukushima say that the plan would wreck their long journey toward recovery.

“We have this potentially dangerous technology and we still rely on it and we need to have a long-range view on nuclear waste and decommissioning, so we better think about a much more democratic way to handle the cost associated with it,” Mr. Miyazaki said in an interview.

Critics of nuclear power in Japan frequently point to the decades of failure to find a solution to the waste problem as an argument against restarting the country’s existing reactors, much less building new ones.

In November, former Prime Minister Junichiro Koizumi took his campaign against nuclear energy to Suttsu at the invitation of local activists. Speaking in the town’s gymnasium, he said that after visiting Finland’s underground waste storage site — a facility much like the one proposed by the Japanese government — he had decided that Japan’s active geology would make it impossible to find a workable location.

Japanese reactors have generated more than 18,000 tons of spent fuel over the last half century. A small proportion of that has been turned into glass — through a process known as vitrification — and sheathed in giant metal canisters.

Almost 2,500 of the huge radioactive tubes are sitting in temporary facilities in Aomori and Ibaraki Prefectures, waiting to be lowered 1,000 feet beneath the earth’s surface into vast underground vaults. There, they would spend millenniums shedding their toxic burden.

It will be decades — if ever — before a site is selected and the project begins in earnest. The Nuclear Waste Management Organization of Japan, known as NUMO and represented by a cartoon mole cautiously sticking its snout out of a hole, is in charge of finding a final resting place.

Long before he took NUMO up on its offer to conduct a study in his town, Mr. Kataoka, the Suttsu mayor, had taken an entrepreneurial view toward government subsidies.

Suttsu has a population of just under 2,900, spread thinly around the rocky rim of a deep cerulean bay, where fishing boats prowl for mackerel and squid. Beginning in 1999, with government-supported loans, Mr. Kataoka championed an initiative to install a stand of towering wind turbines along the shore.

Many in the town were initially opposed, he said during an interview in his office, but the project has delivered handsome returns. The town has spent the profits from selling electricity to pay off debts. Townspeople have free access to a heated pool, a golf course and a modest ski slope with a rope tow. Next to a sleek community center is a free day care for the few residents with children.

The facilities are not unusual for small-town Japan. Many localities have tried to stave off decline by spending large sums on white elephant projects. In Suttsu, the effect has been limited. The town is shrinking, and in early March, snow was piled to the eaves of newly built but shuttered stores along the main street.

Mr. Kataoka nominated Suttsu for the NUMO program, he said, out of a sense of responsibility to the nation. The subsidies, he admitted, are a nice bonus. But many in Suttsu doubt the intentions of both Mr. Kataoka and the government. The town, they argue, does not need the money. And they question why he made the decision without public consultation.

At a meeting of the town council on Monday, residents expressed concern that once the process had begun, it would quickly gather momentum and become impossible to stop.

The plan has fiercely divided the town. Reporters have flooded in, putting the discord on national display. A sign in the hotel by the harbor makes it clear that the staff will not accept interviews.

In October, an angry resident threw a Molotov cocktail at Mr. Kataoka’s home. It broke a window, but he smothered it without any further damage. The perpetrator was arrested and is now out on bail. He has apologized, Mr. Kataoka said.

The mayor remains bewildered by the aggressive response. Mr. Katatoka insists that the literature review is not a fait accompli and that the townspeople will have the final say.

In October, he will run for a sixth term. He wants voters to support his proposal, but whatever the outcome, he hopes the town can move forward together.

Losing the election would be bad, he said, but “the saddest part of all this has been losing the town’s trust.”

This post was contributed by a community member. The views expressed here are the author's own.Are you interested in a career in the growing field of … END_OF_DOCUMENT_TOKEN_TO_BE_REPLACED

After ‘The Voice’ and BET, two Mississippians give one last concert before heading to L.A. Published 6:45 am Monday, January 30, 2023 … END_OF_DOCUMENT_TOKEN_TO_BE_REPLACED