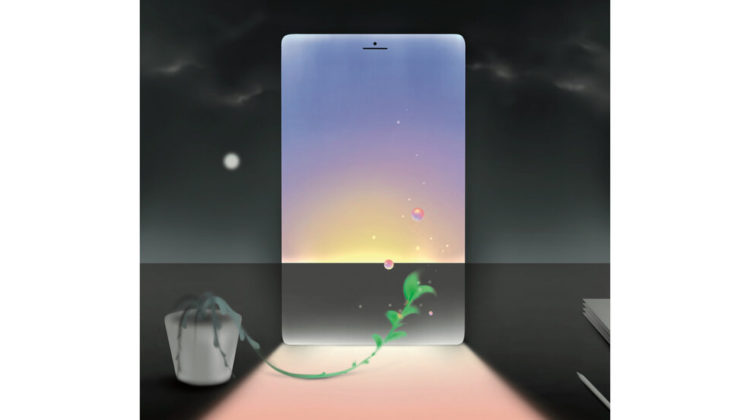 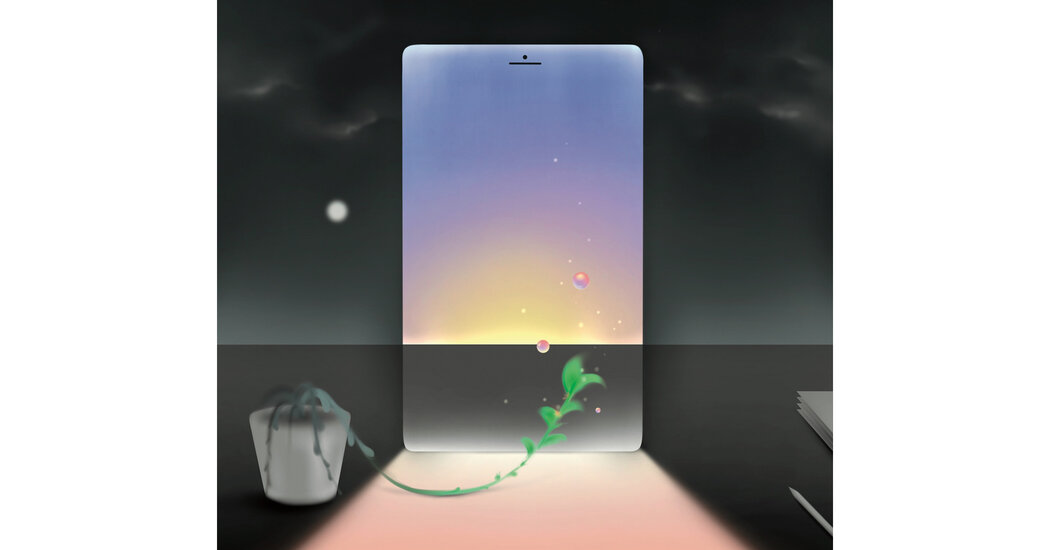 Our dependency on technology has concentrated wealth in America, making San Francisco home to the most billionaires per capita than any other city. Nearly all of them are white, cisgender men. The pay disparities that have long existed in Silicon Valley are growing, reproducing race and class hierarchies that devalue domestic and menial labor and errand work and obfuscating the human cost of increasing our ease in ordering groceries or takeout. This dystopian side stays hidden from view, which helps us ignore it and stay enmeshed with it.

Before the pandemic, the grocery-delivery app Instacart reportedly hemorrhaged hundreds of millions of dollars and struggled to turn a profit. In March, the company quickly hired 300,000 workers to meet demand at the height of the pandemic. As independent contractors, they were not eligible for health care benefits (though the company promised up to 14 paid days if they received a Covid-19 diagnosis or were required to quarantine). Instacart is now valued at more than $17 billion; many of its workers say they are barely earning minimum wage. The pandemic may have exposed class inequalities, but the technology that caused one group of people to risk their health while others who could afford to sit at home in comfort amplified and reinforced those inequalities.

Most tech companies have a well-polished party line about how their culture supports their most vulnerable workers. Alice Vichaita, head of global benefits at Pinterest, told me the company tries to build an “inspired culture” for its workers, with a focus on emotional well-being, which it sees as “a precondition to lead inspirational lives.” During the pandemic, the mood-board search engine has offered creative mask-making tutorials and made statements in support of the Black Lives Matter movement.

At the company, meanwhile, there was turmoil within: In June, Ifeoma Ozoma and Aerica Shimizu Banks, two former Black employees, aired reports of racist and sexist treatment and pay inequalities, and in August, Françoise Brougher, the company’s former chief operating officer, sued Pinterest for gender discrimination. The disconnect between the company’s outer offerings and inner workings is revealing of a dichotomy present across the tech industry — a desire to perform solidarity rather than enact policies that demonstrate it. Pinterest did not admit to any liability in the case of Brougher (who is white), but paid out a settlement of $22.5 million. Ozoma and Banks reportedly left with a severance of half their annual salary. There’s simply no amount of free therapy or other corporate wellness perks that can offset the toxicity of racism and sexism in the workplace.

In late January, I went — meaning I logged into Zoom at the designated time — to a dharma talk called “How Technology Shapes Us.” I was trying to work on the tension of relying on mindfulness mediated through an internet that is oriented toward disrupting it. The day opened with a brief sit, maybe 10 minutes. Though I’ve sat in meditation for much longer periods of time, my brain itched and did the electric slide and pretty much whatever else it wanted except dissolve into nothingness. It was impossible to become a pillar of peace while sitting in front of the void of the screen I use for work and entertainment, whose invisible and silent pull was irresistible.

“We already walk around with the seed of dissatisfaction and the sense that something could be better,” Randima Fernando, a teacher at the dharma talk, told me later. “And the way we should navigate that sense of imperfection is taking a walk or meditating, but instead we reach for the supercomputers in our pockets.” The first noble truth of Buddhism is that life contains unavoidable suffering. The second is that it is largely caused by cravings and desire for material goods, a need that can never be satisfied. Much of technology is designed to convince users that it can reduce that suffering, through on-demand access to information, other people, food and entertainment. But more often than not, it accelerates it.

Social media, for instance, monetizes the urgency of wanting, and there are economic incentives for keeping us engaged, unhappy, seeking, convinced there’s something more to consume, something better to do, learn or buy. Buddhism teaches that there are no quick fixes, and apps like Calm are better at advertising relaxing services — and profiting from them — than they are at actually providing them in a meaningful way. “Mindfulness is less about reducing stress and more about reducing dissatisfaction through direct investigation of our experience,” Fernando told me. “But marketing stress reduction is more successful, and definitely more likely to win a download or corporate account.”

After ‘The Voice’ and BET, two Mississippians give one last concert before heading to L.A. Published 6:45 am Monday, January 30, 2023 … END_OF_DOCUMENT_TOKEN_TO_BE_REPLACED