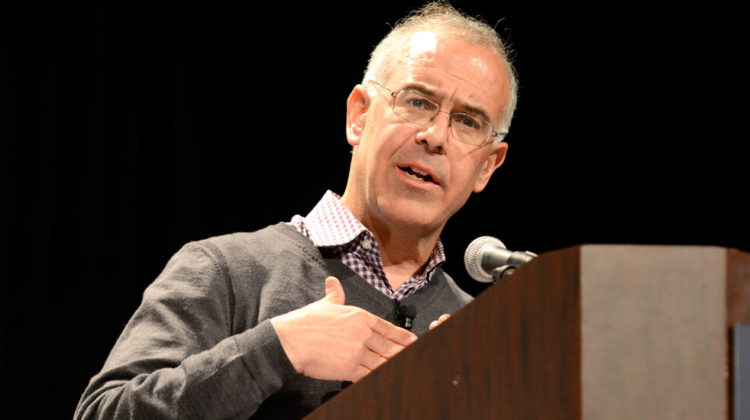 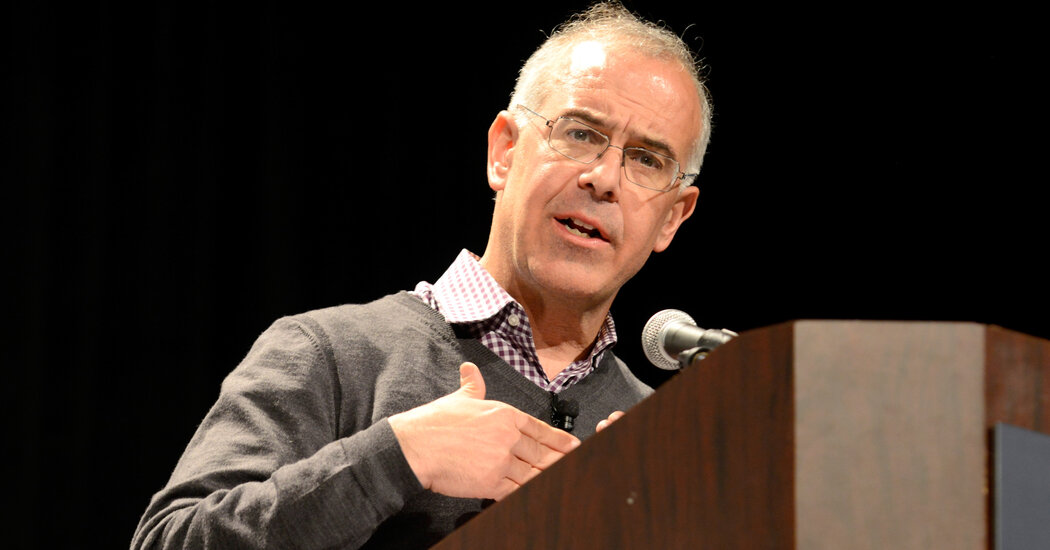 The New York Times said Saturday that it was adding disclosures to past articles by the opinion columnist David Brooks that mention the Weave Project, a community-building program that he founded, and the project’s donors, including the social media company Facebook.

The Times also said that Mr. Brooks had resigned from a paid position at the Aspen Institute, a think tank where the Weave Project is one of dozens of programs and initiatives. Mr. Brooks will continue to be involved with the Weave Project only on a volunteer basis, and will need to disclose the relationship should he write about the project in the future.

The moves came after reports in BuzzFeed News about Facebook’s donation that raised questions about whether Mr. Brooks should have informed readers of the nature of his involvement with the Weave Project.

Mr. Brooks had received approval to take the paid position at Aspen in 2018, according to Eileen Murphy, a Times spokeswoman, but the current editors of the opinion section did not know about the arrangement. Upon learning of it, Ms. Murphy said, they “concluded that holding a paid position” for the Weave Project “presents a conflict of interest for David in writing about the work of the project, its donors or the broader issues it focuses on.

“David understands those concerns and has resigned from the Aspen Institute,” she added.

By Saturday afternoon, several of Mr. Brooks’s columns included an Editors’ Note stating that he had been “a paid employee” of the Aspen Institute in connection with the Weave Project and that he had resigned.

Last June, James Bennet, then the Opinion editor, left the paper after an internal outcry over a polarizing Op-Ed by Senator Tom Cotton that argued for a military response to civic unrest. This year, Kathleen Kingsbury was named the editor of The Times’s Opinion section, which is run separately from the newsroom.

On Wednesday, BuzzFeed reported that Mr. Brooks had been drawing a salary from the Aspen Institute for his work on the Weave Project, which he did not disclose in several columns he wrote about Weave, and that in December 2018 Facebook earmarked a $250,000 donation to Aspen for the Weave Project to do research. BuzzFeed News also reported last month that Mr. Brooks offered qualified praise for Facebook’s Groups feature in a post on Facebook’s corporate website.

Mr. Brooks has not been involved in the Weave Project’s day-to-day management for the last year, since the project hired a new executive director and Mr. Brooks became chair, according to a statement from the Aspen Institute. Mr. Brooks, who joined The Times in 2003, founded the Weave Project in 2018.

Ms. Murphy, The Times’s spokeswoman, said that Mr. Brooks had not been paid by Facebook and “was not involved in soliciting funding from Facebook for Aspen or Weave.”

Mr. Brooks did not reply to a request for comment. In a regular appearance on Friday night on “PBS NewsHour,” he defended himself, saying that the situation “hasn’t affected my journalism.” Mr. Brooks added that “everything is public.” But, according to BuzzFeed, Aspen had not disclosed some of the donors to the Weave Project, including Facebook, until BuzzFeed reporters began asking for them this year.

After ‘The Voice’ and BET, two Mississippians give one last concert before heading to L.A. Published 6:45 am Monday, January 30, 2023 … END_OF_DOCUMENT_TOKEN_TO_BE_REPLACED