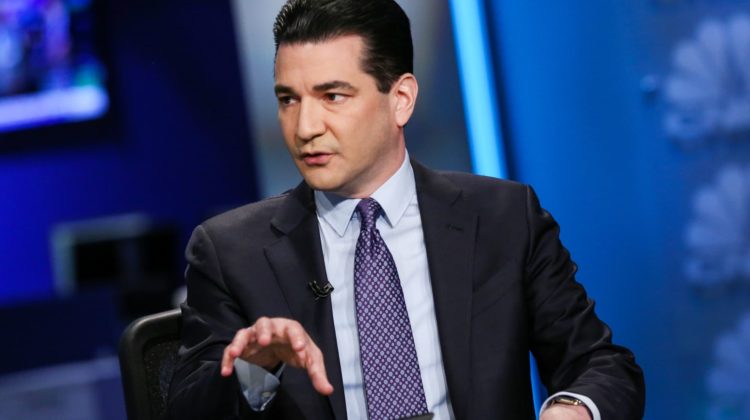 Dr. Scott Gottlieb told CNBC on Friday he believes the United States may struggle to reach “true herd immunity” to Covid, suggesting coronavirus infections will be around in the years ahead.

However, the former commissioner of the U.S. Food and Drug Administration stressed that new cases alone should not be the metric receiving the most focus as more people are vaccinated against Covid.

“I don’t think we should be thinking about achieving herd immunity. I don’t know that we ever achieve true herd immunity, where this virus just stops circulating,” Gottlieb said on “Closing Bell.” “I think it’s always going to circulate at a low level. That should be the goal, to keep the level of virus down.”

Gottlieb, who serves on the board of Covid vaccine maker Pfizer, said he expects the U.S. to see significant progress toward that goal in the coming weeks.

“I think that we are going to get to a point this summer where the circulation of this virus is going to be extremely low. We’re probably going to see cases start to collapse at some point in May, pretty soon. We’re seeing it already in parts of the country,” Gottlieb said.

Even so, Gottlieb said, the U.S. could level off somewhere around 5,000 to 10,000 new coronavirus cases per day this summer, partly due to how commonplace Covid testing has become. “We’ll pick up a lot of asymptomatic and mildly symptomatic infection,” he said.

“I think the bottom line is that the vulnerability of the American population is being dramatically reduced as a result of vaccination, and that’s really what we need to focus on,” said Gottlieb, who led the FDA from 2017 to 2019 in the Trump administration.

“We shouldn’t focus just on cases alone. There will be cases, but we should focus on how many people are being hospitalized and getting sick from this virus, and that’s going to dramatically decline as we roll out the vaccines,” he said.

Public health experts have stressed throughout the pandemic that as more people in a population have immunity protection for a particular virus, the less readily it will spread. However, while vaccines have been shown to reduce transmission, Gottlieb is not the first to suggest reaching durable herd immunity for Covid is likely to be challenging.

White House chief medical advisor Dr. Anthony Fauci has estimated that 75% to 85% of the population being vaccinated against Covid would create an “umbrella” of immunity. “That would be able to protect even the vulnerables who have not been vaccinated or those in which the vaccine has not been effective,” he told CNBC in December shortly after the FDA granted Pfizer’s vaccine emergency use authorization.

Roughly 41% of the U.S. population has now received at least one Covid vaccine dose and 27.5% is fully vaccinated, according to the latest figures from the Centers for Disease Control and Prevention. More than 220 million total doses have been administered, CDC data shows.

Gottlieb has previously said the U.S. could, in theory, get to a point where Covid is eradicated like other diseases such as polio and smallpox. “It’s possible. We don’t seem to be prepared to do it and take the collective action that it’s going to require,” he told CNBC on April 16.

“It will require people exercising some civic virtue to get vaccinated even if they individually feel they’re at low risk of the infection,” he said. “Because even if they’re personally low risk they can still get and transmit the infection, and you can’t eradicate a disease where you have a significant contingent of people who are going to continue to catch it and transmit it.”

One of the biggest misconceptions about tech executives is that we are born self-assured and confident, have all the credentials, and are motivated to … END_OF_DOCUMENT_TOKEN_TO_BE_REPLACED

Hello, everyone. It's me, Bettyann Pernice, your host of the San Diego Daily — here with news of what's happening here in our community:Residents in … END_OF_DOCUMENT_TOKEN_TO_BE_REPLACED