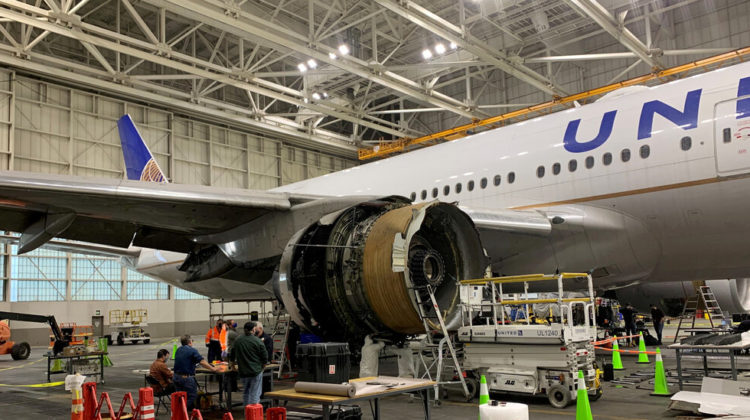 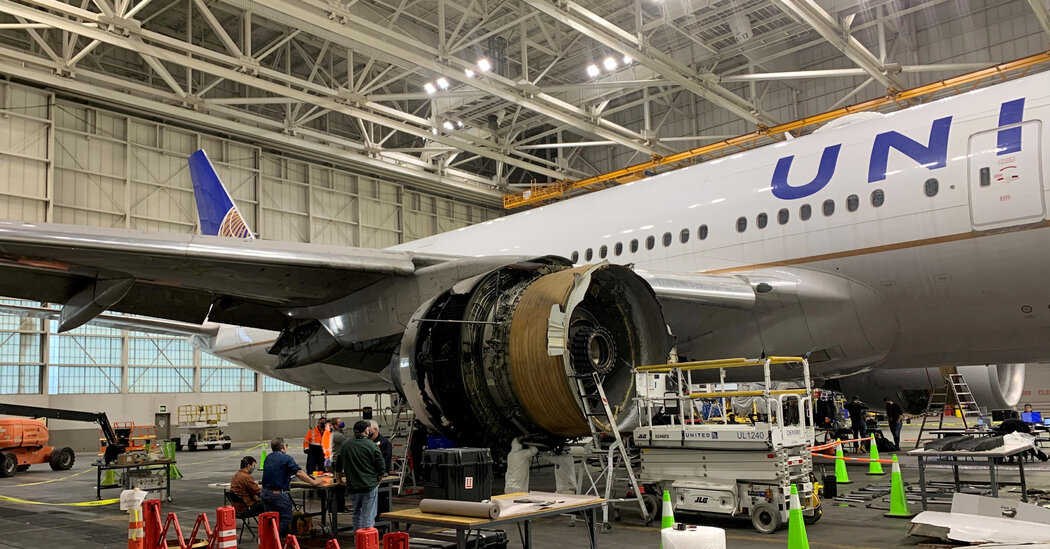 An airplane engine fan blade that broke during a United Airlines flight last month had thousands of flights remaining before it was due for a federally mandated inspection, the National Transportation Safety Board said on Friday.

The Pratt & Whitney engine containing that blade caught fire and shed debris over homes minutes after the plane departed Denver for Honolulu on Feb. 20. The pilots turned the plane around and returned to the Denver airport. The failure, similar to an incident in Japan in December and one on another United plane in 2018, forced regulators and airlines around the world to ground more than 120 Boeing 777 planes powered by that particular engine family, the PW4000-112.

The Federal Aviation Administration ordered immediate inspections of the fan blades in those engines. United, which has more than 50 such planes, was the only American airline affected by that order. The tests, known as “thermal acoustic inspections,” are conducted by Pratt & Whitney and involve bombarding the blades with pressure, which heats them, and then looking for temperature abnormalities that could point to internal cracks.

Early evidence suggests that one of the engine’s fan blades fractured during the flight last month and struck and broke another, according to the N.T.S.B., which is investigating the failures. That first blade had flown about 3,000 flights since Pratt & Whitney last subjected it to a thermal acoustic inspection, far short of the 6,500-flight threshold at which blades are regularly inspected using the technique.

That blade was last examined in 2016, and records from that inspection were reviewed in 2018 after the failure of another Pratt & Whitney engine on a Boeing 777 operated by United. After that incident, near Hawaii, Pratt & Whitney updated its inspection recommendations and said the blades should be tested more frequently, putting in place the 6,500-flight recommendation. The F.A.A. later made that interval mandatory. A Japan Airlines Boeing 777 powered by a Pratt & Whitney engine suffered a similar engine failure in Japan in December.

After last month’s failure on the United flight, Pratt & Whitney said it would recommend the inspections every 1,000 flights, according to the N.T.S.B.

After ‘The Voice’ and BET, two Mississippians give one last concert before heading to L.A. Published 6:45 am Monday, January 30, 2023 … END_OF_DOCUMENT_TOKEN_TO_BE_REPLACED