If you’re an engineer, data architect, or machine learning scientist, we’d wager that you had to learn Python at some point. And that makes sense. Python, after all, is great for most computational tasks that those jobs require. But, in some cases, another language is an option too. And, if you aren’t at least familiar with it, then you could be doing yourself a disservice. We’re talking about MATLAB.

MATLAB is a proprietary scripting language, developed in the 1980s, that was designed exclusively for numerical and technical computing. That should make it essential to learn for engineers and anyone else that works in the data sciences. And, good news, it’s relatively easy to learn. All you need is The Complete MATLAB Programming Certification Bundle, which is available today for just $34.99.

The Complete MATLAB Programming Certification Bundle includes lifetime access to seven courses, valued at $3000, that can turn anyone into a proficient MATLAB programmer. And, when we say anyone, we mean it. That’s because the content is presented in such a way that both seasoned professionals and complete beginners, as well as everyone in between, will appreciate.

And, since the courses are delivered via the web, there are no class schedules to work around. Just log in when you have time to spare ― morning, noon, or night ― and train for as long as you are able, even if it’s only for a few minutes at a time. Before too long, you’ll have accrued a useful skill that’ll increase your productivity and, simultaneously, render you much more sought after by potential employers.

Look, Python is great and a must-have for anyone working in the data sciences. But, without also having MATLAB in your programming repertoire, then you’re not able to see the larger picture. That’s what makes this particular e-Learning package so valuable. It offers an employable skill, but lets you absorb it in a flexible and low-stress environment, which is something everyone needs these days. 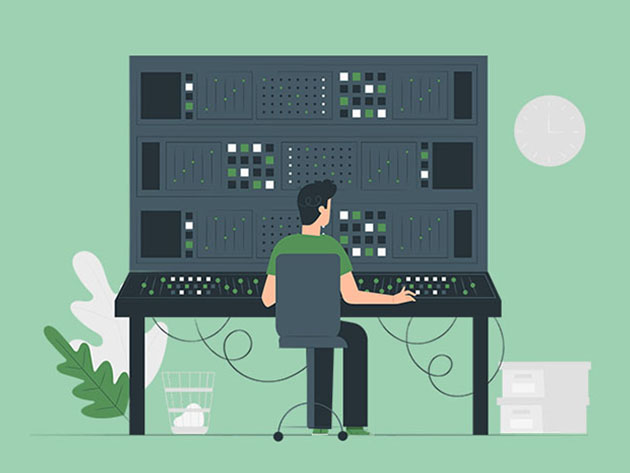 Prices are subject to change.

[ad_1] Superconducting quantum computers are huge and incredibly finicky machines at this point. They need to be isolated from anything that might … END_OF_DOCUMENT_TOKEN_TO_BE_REPLACED