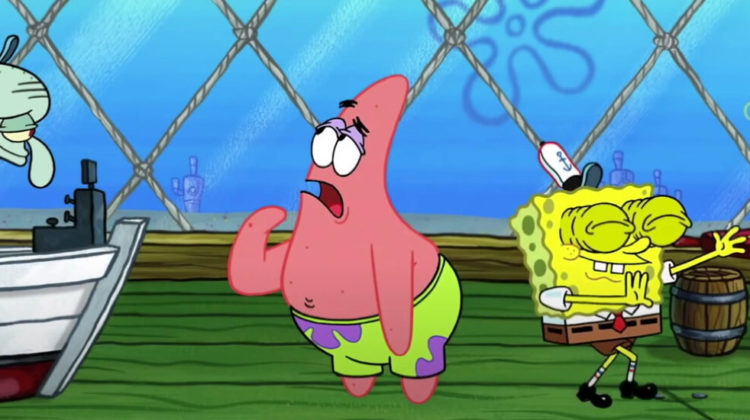 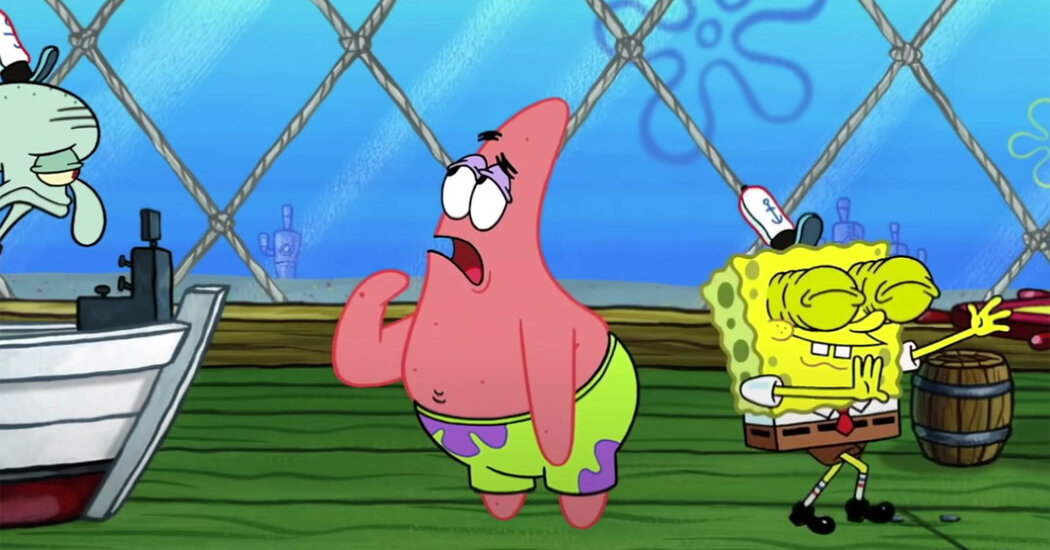 Two episodes of the animated series “SpongeBob SquarePants” have been removed from the Nickelodeon cable network — one because of sensitivity related to the pandemic and another for not being “kid-appropriate,” the network said on Tuesday.

The cartoon, which debuted in 1999 on Nickelodeon, follows the underwater misadventures of a talking yellow sea sponge named SpongeBob, who works at a fast-food restaurant, and his starfish buddy Patrick and other aquatic friends.

One episode, titled “Kwarantined Crab,” centers on a virus story line, David Bittler, a spokesman for Nickelodeon, said on Tuesday. The episode features a health inspector who visits the fast-food restaurant where the main character works and finds a case of the “clam flu.”

The episode “was never put on the schedule to be sensitive to the pandemic outbreak last year,” Mr. Bittler said on Tuesday.

Another episode, “Mid-Life Crustacean,” was removed from rotation on the network in 2018 “following a standards review in which we determined some story elements were not kid-appropriate,” Mr. Bittler said.

That episode followed another character, Mr. Krabs, the owner of the fast-food place, who is feeling old and asks SpongeBob and Patrick if he can join them on a wild night out, according to IMDb.com. The trio breaks into a woman’s house and takes her underwear. CNN reported on the removal of the episodes on Tuesday. The “Mid-Life Crustacean” episode is also no longer on Amazon.

News of the episodes’ removal came at a time when other streaming platforms and publishers have sought to give audiences context for older films, television shows and books that carry offensive content.

Last week, a children’s graphic novel by the creator of the popular “Captain Underpants” series was pulled from circulation by its publisher, Scholastic, which said that the book featured images and tropes — including Asian stereotypes — that perpetuate “passive racism.”

The move to pull the book came days after a man opened fire at three massage businesses in and near Atlanta, killing eight people, including six women of Asian descent.

Earlier this month, after WWE wrestling episodes began moving to Peacock, NBCUniversal’s new streaming service, racist moments were removed from old episodes. One episode from 1990 presented a showdown between Roddy Piper, a white wrestler, and Bad News Brown, a Black wrestler. Mr. Piper appeared at the match with half his face painted black.

Also this month, the estate of Dr. Seuss announced that six of his books would no longer be published because they contained depictions of groups that were “hurtful and wrong.”

[ad_1] Superconducting quantum computers are huge and incredibly finicky machines at this point. They need to be isolated from anything that might … END_OF_DOCUMENT_TOKEN_TO_BE_REPLACED