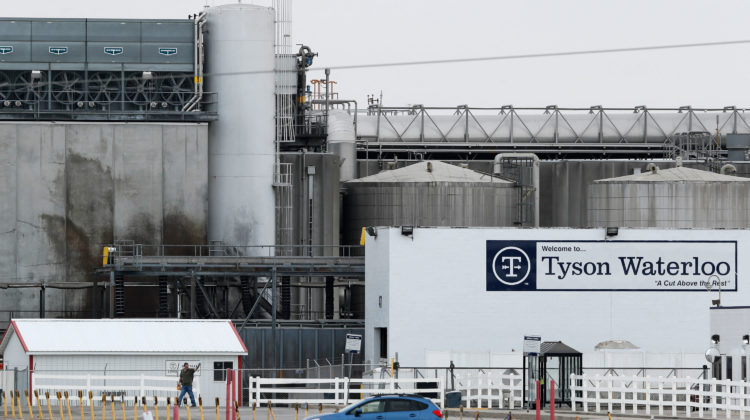 In the hunt to gain access to Covid vaccines, large employers like Tyson Foods are faring no better than a lot of individual Americans. Tight supplies are leaving them mostly waiting.

The meat processing company received its biggest allocation of vaccines yet this week and is conducting vaccinations for workers at its plants in Missouri, Illinois and Virginia. But, it’s just 1,000 doses across the three states.

“We’re not turning down any opportunity to obtain vaccine for our team members,” said Tom Brower, Tyson senior vice president for health and safety.

However, the opportunities have been limited. With 120,000 workers across two dozen states, the company has not been able to access anywhere near enough supply to hold vaccination clinics on a larger scale.

“We’re coming to these jurisdictions asking for, you know, 1,000 or 1,500 doses,” at a time said Dr. Daniel Castillo, chief medical officer of Matrix Medical Network, Tyson’s occupation health provider which has been conducting on-site testing for the meatpacker.

Even in states that are now providing access for essential workers to be inoculated, the uncertainty of vaccine supplies is leaving large employers hanging; local health departments can’t give them a timeline for when they’ll get access.

“They don’t know, going in sometimes how much they’ll have to actually allocate to us. And so that’s part of the challenge is really not having that line of sight,” Castillo said.

Tyson and rival meatpackers JBS and Smithfield Foods have come under fire for widespread Covid outbreaks at their facilities early in the pandemic. At Tyson’s pork processing plant in Iowa, managers were fired after a probe found they had wagered on how many workers would get sick. Congress has launched an investigation into safety lapses at the meatpackers. Tyson and the other firms are cooperating with the probe.

Since the start of the pandemic, more than 12,500 Tyson workers have been infected with the coronavirus, according to the watchdog group Food & Environment Reporting Network. Tyson won’t confirm the numbers, but says the Covid-19 protocols it has undertaken have kept workers safe.

The company has worked with Matrix Medical to provide on-site testing to contain potential outbreaks, and has instituted safety measures such as plastic partitions to reduce potential exposure on production lines.  Over the past year, they have also expanded on-site health clinics, and launched a pilot program to provide no-copay primary care services, as part of a longer-term initiative to improve overall worker health.

While a number of companies are offering cash bonuses to incentivize workers to get the vaccine, Tyson has opted for persuasion, through an educational campaign to combat vaccine hesitancy among its mostly Latino and African American meatpacking workers.

“We didn’t want to take the approach of mandating the vaccine. We really want to help team members make well-informed decisions for their own health care, their own safety,” Brower said.

It isn’t the only large employer coming up empty in the competition to track down vaccine doses.  Amazon, Walmart and others are pressing federal and state officials to provide access for worksite vaccinations and even contacting vaccine makers for supply, with little success so far.

“If every avenue leads to the same place, which is scarce vaccine, no matter the avenue it’s going to be challenging,” said Castillo.

The companies don’t want to be seen as trying to jump the line — they argue they can take pressure off the system for individuals by vaccinating their large employee populations. In the meantime, Tyson is now giving their workers four hours paid time off to get a vaccine shot elsewhere, if they can get an appointment.

The School of Communication, Film and Media are making excellence awards more accessible for students starting this semester. Historically, The … END_OF_DOCUMENT_TOKEN_TO_BE_REPLACED

The City of Burlington announced Rachel Kelly as the Assistant City Manager for Administrative Services, according to a press release from the city of … END_OF_DOCUMENT_TOKEN_TO_BE_REPLACED