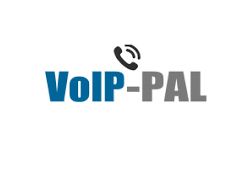 The Voip-Pal.com Inc (OTCMKTS:VPLM) stock has been in the middle of a bit of a downward spiral over the course of the past week or so and has tanked by as much as 16%.

However, on Monday, the company made a major announcement that could have long term ramifications about its business. Voip-Pal.com announced yesterday that it filed a series of patent infringement lawsuits against seven of the biggest corporations in the United States. The lawsuits were filed at the U.S. District Court for the Western District of Texas, which is part of the Waco division.

The companies who are going to be the defendants are T-Mobile, Facebook Inc, Google LLC, AT&T Inc, Verizon Communications Inc, Apple Inc, and Amazon.com Inc. The complaint from the company is related to the infringement of its patent which is simply entitled as ‘Payment Gateway’. The company has alleged that the defendants have deployed Voip-Pal.com’s patented communications technology by way of which they have managed to provide smartphones and have also had access to optimal routing infrastructure.

These lawsuits are expected to be watched very closely by market analysts over the coming days and months. In the meantime, investors could also do well to keep an eye on any news regarding these lawsuits.

The School of Communication, Film and Media are making excellence awards more accessible for students starting this semester. Historically, The … END_OF_DOCUMENT_TOKEN_TO_BE_REPLACED

The City of Burlington announced Rachel Kelly as the Assistant City Manager for Administrative Services, according to a press release from the city of … END_OF_DOCUMENT_TOKEN_TO_BE_REPLACED