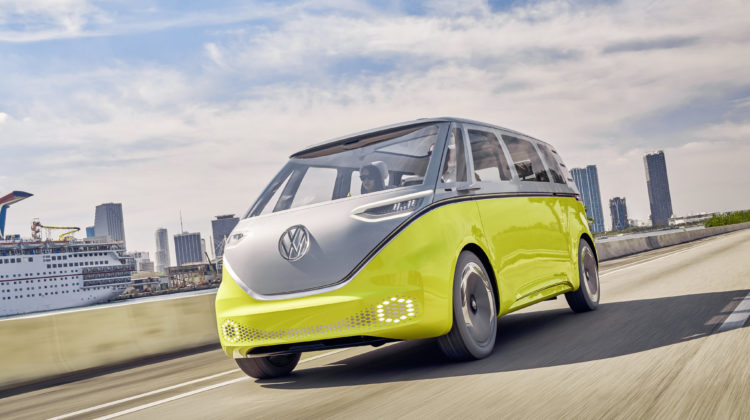 Volkswagen is accelerating its plans for all-electric vehicles in a bid to become “the world’s most desirable brand for sustainable mobility,” a title arguably already owned by Tesla.

The German automaker Friday morning said more than 70% of its Volkswagen brand’s European sales will be EVs by 2030, up from a previous target of 35%. In the U.S. and China, it expects half of its sales to be EVs by that time frame.

“We are stepping up the pace,” Ralf Brandstaetter, who leads the Volkswagen brand, said in a statement. “In the coming years, we will change Volkswagen as never before.” The company also owns Audi, Lamborghini, Porsche and several other luxury brands, but Friday’s announcement applies to VW-branded vehicles, which include the Passat and Jetta.

Volkswagen said it plans to spend about 16 billion euros ($19 billion) for investment in the future trends such as “e-mobility, hybridization and digitalization” by 2025. The automaker also plans to make autonomous driving features widely available by 2030.

Volkswagen is the latest automaker to accelerate or announce a shift away from vehicles with traditional internal combustion engines to all-electric motors. Volvo earlier this week said it will only offer EVs by the end of the decade, while General Motors has said it plans to become a fully electric automaker by 2035. Stellantis, the product of the merger between Fiat Chrysler and PSA Groupe, plans to have fully electric or hybrid versions of all of its vehicles in Europe by 2025.

While such targets may seem far off, it traditionally takes automakers five to seven years to develop and launch a new vehicle. EVs are expected to cut down on that time frame since they require fewer components than traditional gas-powered cars and have some of the same parts that can be used to build either.

The announcements follow optimism by investors in EV start-ups as well as a surge in Tesla’s stock last year that made the California company the world’s most valued automaker by market cap.

Government incentives and tightening CO2 emissions targets are driving automakers to release EVs more than customers are demanding them. IHS Markit reports EVs accounted for about 3.3% of the 76.5 million vehicles sold globally in 2020. The research firm expects sales of EVs to rise to 12.2 million in 2025, indicating annual growth of nearly 52%.

After ‘The Voice’ and BET, two Mississippians give one last concert before heading to L.A. Published 6:45 am Monday, January 30, 2023 … END_OF_DOCUMENT_TOKEN_TO_BE_REPLACED