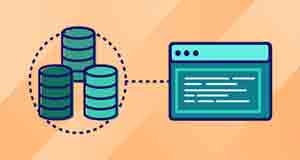 Today, distributed computing is ingrained in both our professional and personal lives.

Cloud computing leverages distributed computing to deliver highly scalable and cost-effective infrastructures and platforms to customers. Cloud providers typically make their resources available via hosted services that are accessible via the internet. Numerous distinct service models have emerged on the market:

Grid computing is based on the concept of a massively parallel supercomputer. However, computing tasks are distributed across multiple instances rather than being performed by a single instance. As a result, servers and computers can carry out distinct tasks independently of one another. Grid computing enables extremely flexible resource access when performing tasks. Typically, participants allocate specific resources to an entire project during the evening hours, when the technical infrastructure is less heavily used. One advantage is that effective systems are used quickly, and the computing power can be scaled up or down as needed. There is no reason to replace or upgrade an expensive supercomputer with a more expensive one to boost performance. Grid computing is specialized in solving computationally intensive problems due to its ability to create a virtual supercomputer from a cluster of loosely connected computers. This technique is frequently used for large-scale scientific endeavors and decrypting cryptographic codes. When a computer sends a resource request to the control node, the control node grants the user access to the network’s resources. When not in use, it should ideally contribute to the network’s resources. As a result, a typical computer on a node can switch between users and providers depending on their requirements. Nodes may be machines with similar platforms running the same operating system, referred to as homogeneous networks, or devices with disparate platforms running disparate operating systems, referred to as heterogeneous networks. This is the aspect of grid computing that distinguishes it from other distributed computing architectures.

Cluster computing is indistinguishable from cloud and grid computing. It is a broader term encompassing all the different ways individual computers and their computing power are combined in clusters. Server clusters, clusters in big data and cloud environments, database clusters, and application clusters are all examples of this. Additionally, computer networks are increasingly being used in high-performance computing, which can solve challenging computing problems. Different types of distributed computing are defined by examining a distributed infrastructure’s system architectures and interaction models. Due to the complexity of distributed computing’s system architectures, the term distributed systems is more frequently used.

[ad_1] Superconducting quantum computers are huge and incredibly finicky machines at this point. They need to be isolated from anything that might … END_OF_DOCUMENT_TOKEN_TO_BE_REPLACED