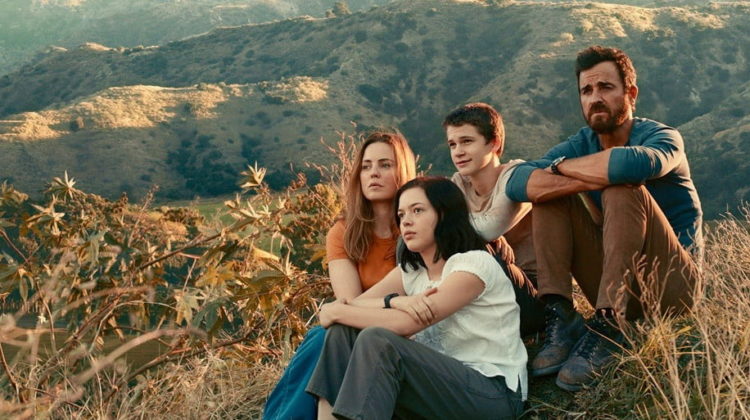 Apple TV+ is still a relative newcomer when it comes to streaming platforms, and so far, the service has not disappointed. Featuring a high-quality pantheon of cinematic and episodic content, the $5 monthly subscription fee is worth its weight in gold. Each month, Apple TV+ continues to expand its library, and we’re right on top of the latest releases (and news of releases yet to come). To help you vet through Apple TV+’s selections, we’ve put together this guide of the best movies and shows landing on Apple TV+ this month and what you can expect to see on the platform in the future.

Our top picks for April

Based on the 1981 Paul Theroux novel of the same name, The Mosquito Coast stars Justin Theroux as idealist and inventor Allie Fox. On the run from the U.S. government, Allie decides to move his family from the States to Mexico to elude militant forces. The seven-episode series premieres on April 30, with Edward L. McDonnell. Alan Gasmer, Peter Jaysen, and Bob Bookman all cast in supporting roles.

Narrated by David Attenborough, this Apple TV+ documentary examines 2020 from nature’s vantage point. With much of the world consumed by pandemic-heavy hardships, Earth — its land, waters, and creatures — adapted accordingly. From exhibiting birdsong in barren city streets to exploring new forms of whale song, the one-hour special explores man’s impact on the wild and untamed world and how we can reel in our behaviors and expectations to better appreciate the planet on which we live. The Year Earth Changed premieres on April 16 along with the second seasons of Tiny World and Earth at Night in Color, just in time for Earth Day 2021.

Everything new on Apple TV+ in April

Our top picks from March

From R.J. Cutler (Belushi, If I Stay) comes this deep-dive doc on the life and career of renowned singer-songwriter Billie Eilish. Chronicling the pop star’s rise to international fame, the doc explores Eilish’s writing process, family life, and experiences on the road. When Cutler met with Eilish to discuss initial ideas for the film, the artist told him she wanted the doc to resemble the talking-head stylings of The Office. Fans of the pop star will also be glad to know that the film’s original score was composed by both Eilish and her brother, Finneas. This all-new doc drops on February 26.

Looking ahead for Apple TV+

Apple released a two-minute teaser of all the movies and shows set to premiere and return to Apple TV+ in spring and summer 2021. Among the highlights, fans of the platform can expect second seasons from The Morning Show (TBA), the British comedy series Trying (May 14), and a second season of the Rob McElhenney-led comedy series Mythic Quest (May 7). We’re especially pumped for the Rose Byrne-led dramedy series Physical, a 10-episode character study of one Sheila Rubin, a housewife turned aerobics guru. You can watch the Apple reel below.

What kind of nexus is substantial enough to allow a state to tax a business’s sales in interstate commerce? In its 2018 decision in , the U.S. Supreme … END_OF_DOCUMENT_TOKEN_TO_BE_REPLACED