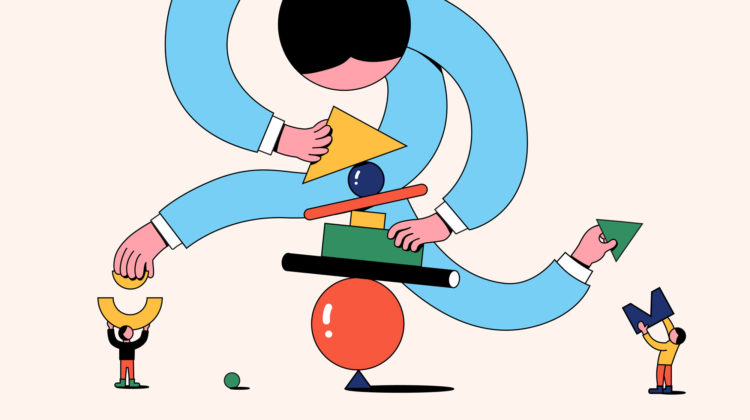 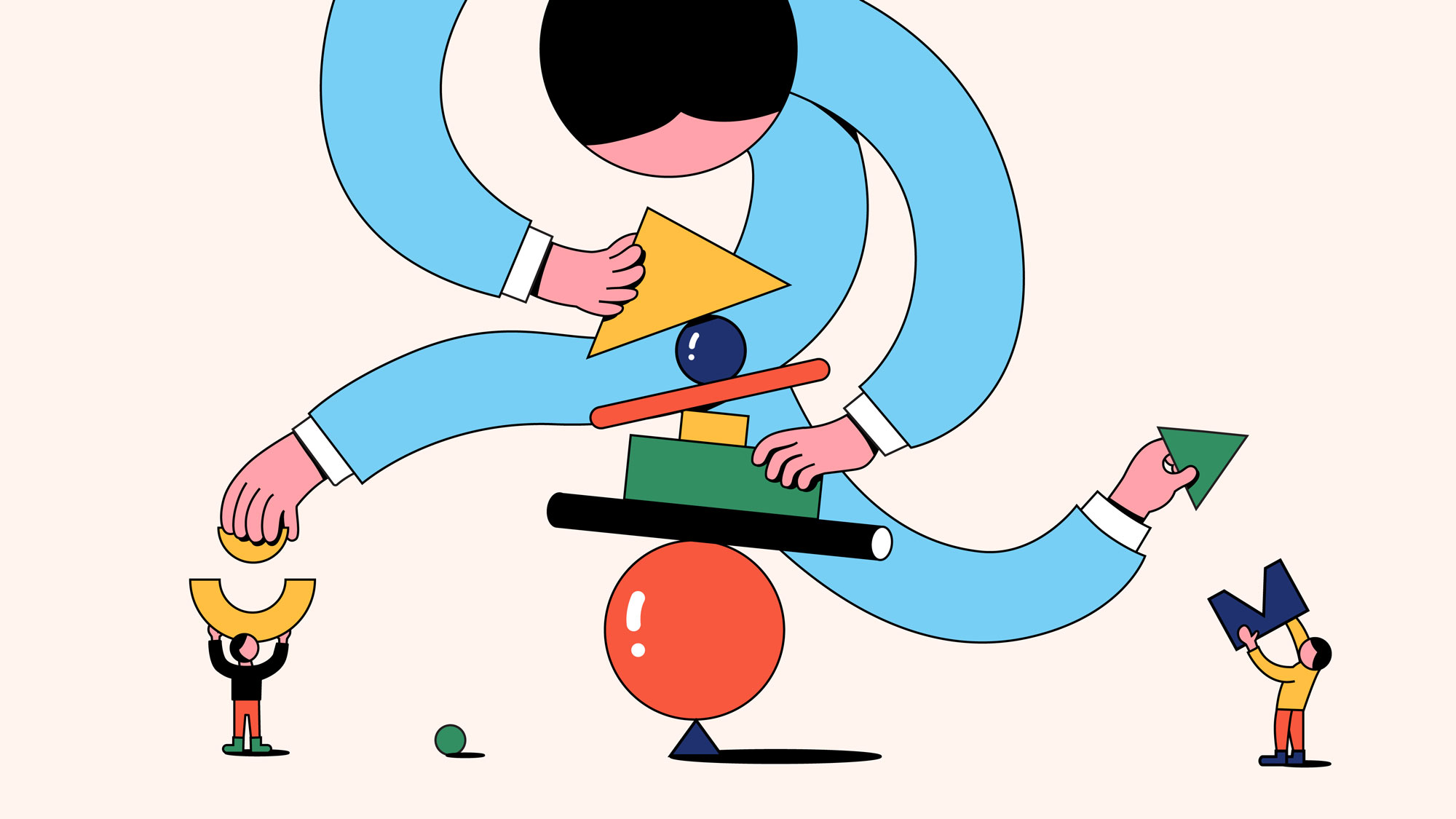 Employees are often praised for taking on more projects and working with a variety of people across the company. But while there is a lot of good that comes from collaboration, when we “help” too much we can boomerang into dysfunctional relationships and stalled work. Over-participating and taking on too much within a team can stifle group collaboration by sapping the oxygen in the room and making team members feel unheard and excluded. To avoid overtaking the group, follow these tips. First, find your unique contribution. Second, redefine what it means to be “helpful” by considering what the group needs. Third, stay quiet; mute before you refute to see how the discussion goes. Finally, negotiate a realistic timeline with the team in how work will proceed so you don’t become a bottleneck.

With global crises, increasing complexity, and the accelerated pace of change, the need for collaboration is on the rise. Employees are regularly lauded in their performance reviews for being helpful collaborators. But there is such a thing as too much.

Collaboration carries specific assumptions about what it means to work well together: Individuals contribute, generate ideas, and are helpful to fellow colleagues. They do as much as possible and even exceed expectations. But while there is a lot of good that comes from collaboration, when we “help” too much we can boomerang into dysfunctional relationships and stalled work.

Consider Oliver, the CTO of a healthcare company, who loved to participate in all conversations at the C-suite level, regardless of topic. He was often the first to raise his hand for a project, appeared to have infinite capacity to get high-quality work done, and offered to assist his peers and direct reports. Oliver seemed to be all-in: optimistic, energetic, supportive, and someone who contributed to everyone.

But the more Oliver participated, the more others around him were diminished. Instead of igniting creativity in others, his ideas outshone everyone else’s. He consumed time speaking in meetings, depleting the oxygen level in the room. He outpaced Jeopardy champions when raising his hand to help, leaving colleagues with emptier slates. Oliver felt pumped by how many of his ideas had been deployed but frustrated by other’s lack of initiative and proportionate effort.

While the CEO appreciated Oliver’s yield, she recognized he had to change his approach to keep the rest of the team productive. In response, Oliver and I worked out a plan to help address his collaboration challenges using techniques many other executives I coach have deployed.

Many teams have an Oliver. You might be able to recognize one on your own team — or perhaps Oliver’s behaviors sound similar to your own habits. Based on my work with Oliver and other executive coaching clients, here are four strategies you can use to participate better on a collaborative team and foster more balanced discussions.

The beauty of a team is the unique and diverse contributions of each of its members. While Oliver was talented in many ways, when he engaged on all cylinders, his team didn’t benefit. To help, we explored his superpowers — where his greatest strengths were most distinctive from those of the rest of the team. One of Oliver’s superpowers was seeing across job boundaries and making connections between seemingly disparate items. He could spot challenges across customer success and development and propose a single solution to address both. Oliver decided to focus more on finding connected solutions rather than over-involving himself in other parts of the process. When you home in on what you’re uniquely qualified to do, you bring added value to the project and allow your collaborators to do the same. You then free up more time to invest in other high-yield activities.

When we over-participate, we believe that we’re being helpful. However, “helpfulness” is defined by the recipient, not the giver. Instead of fortifying his relationships with colleagues, Oliver robbed them of fulfillment by furnishing the bulk of the ideas. They felt thwarted, interrupted, and excluded. To fix the issue, Oliver learned the value of asking two specific questions before offering his own ideas: “What have you thought of?” and “What would be most helpful for you at this point?” Executive coach Marshall Goldsmith says that in improving a team member’s content idea by 5% we risk displacing ownership and reducing their commitment by 50%. Polling others to understand what’s helpful illuminates better avenues for our contribution: directly through our ideas, through coaching colleagues to create their own, or by building on what someone else has generated.

Mute before you refute.

The litmus for ideas is oxygen. Oliver often didn’t give his colleagues a chance to breathe, let alone air their ideas. He interjected reasons why something wouldn’t work before anyone else could complete a first sentence — and he was almost always right. However, by interrupting and rebuffing, he suffocated the throughput of contributions and was often the only one left suggesting novel insights. This made him appear smart in the short term, but over time, he ran out of diverse ideas. Instead, Oliver learned to be the last to offer up suggestions and mute himself until others had spoken. By pushing the mute button during a video call, he could speak as he desired but no one else heard him. Oliver was surprised to observe how one person would strengthen a weak signal initiated by someone else, or how the team selected the strongest ideas. There were even a few meetings with his direct reports that Oliver no longer needed to attend. If you tend to use up all the oxygen, placing yourself on mute gives space to others and prevents mishaps when you can’t refrain from speaking up. And you might improve your listening skills.

When Oliver contributed to a project’s many details, he became a bottleneck. Meetings had to be scheduled weeks in advance, and documents awaiting his review clogged his inbox and others’ workflow. When you attempt more than your fair share in collaborative projects, you’re likely to run behind. It’s easy to agree to a timeline that works for others, but hard to execute on it. Instead, evaluate the portfolio of your commitments and provide realistic estimates of what you can do. Oliver’s peers sometimes wanted him to move faster, but by understanding his realistic timing they could now choose to wait for his contributions or proceed without him. Letting your colleagues know up front when you can deliver allows for better decision making and delegation with the luxury of time, rather than at the last minute. A realistic time estimate will also help you take on less and do more with it.

Collaboration is as essential in our world of work. We can make our collaborative efforts more effective by focusing on the entire team, rather than our own individual efforts. By taking time to understand the opportunities our coworkers need to also thrive, we distribute effort appropriately and increase the fruits of our work exponentially.

After ‘The Voice’ and BET, two Mississippians give one last concert before heading to L.A. Published 6:45 am Monday, January 30, 2023 … END_OF_DOCUMENT_TOKEN_TO_BE_REPLACED

Despite increasing layoffs across the country, demand for IT pros remains high, especially for software developers and senior software … END_OF_DOCUMENT_TOKEN_TO_BE_REPLACED