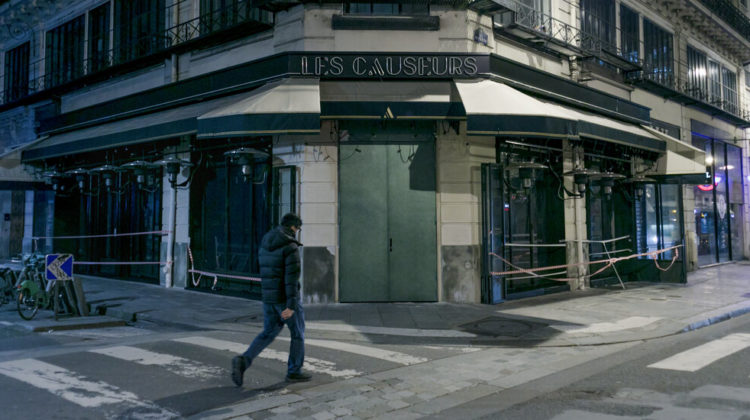 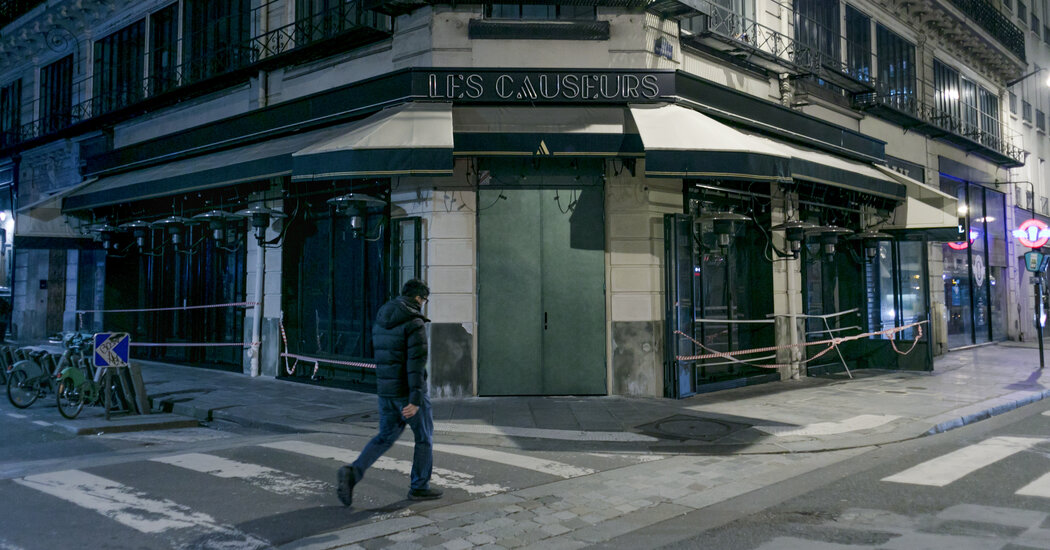 PARIS — For nearly six months, Philippe Boreal and 120 of his fellow workers have been paid to stay home from their jobs at a Cannes luxury hotel that was forced to close for the pandemic.

Mr. Boreal, a janitor for 20 years, is grateful for the aid, which is bankrolled by the French government under a sweeping plan to rescue people and businesses from economic calamity. But as the Covid-19 crisis drags on, he wonders how long the largess can last.

“At some point you ask yourself, ‘How are we going to pay for all this?’” asked Mr. Boreal, who is collecting more than 80 percent of his paycheck, allowing him to pay essential bills and buy food for his wife and teenage daughter. Most every other hotel along the Cannes waterfront is also keeping staff on state-funded furloughs — as are countless businesses across Europe.

“The bill just seems so big,” Mr. Boreal said. “And it keeps on growing.”

For households trying to balance their budget each month, the fact that European countries are incurring trillion-euro debts is dizzying. In France alone, the national debt has topped 2.7 trillion euros ($3.2 trillion) and will soon exceed 120 percent of the economy.

But governments are far from worried about piling up debt right now, as rock-bottom interest rates empower them to spare no expense to shield their economies from the pandemic.

And spend they do.

Billions of euros are being deployed to nationalize payrolls, suppress bankruptcies and avoid mass unemployment. Trillions more are being earmarked for future stimulus to stoke a desperately needed recovery.

The European Union has upended its policies to finance the largess, breaking with decades of strict limits on deficits, and overcoming visceral German resistance to high debt.

Austerity mantras led by Germany dominated Europe during the 2010 debt crisis, when profligate spending in Greece, Italy and other southern eurozone countries pushed the currency bloc toward a breakup.

The pandemic, which has killed over 450,000 people in Europe, is seen as a different animal altogether — a threat ravaging all the world’s economies simultaneously. While German officials initially warned about runaway spending on the pandemic, European policymakers agree it would be folly to cut spending or raise taxes now to pay debts incurred to counter the economic fallout.

Those debts are surging to levels not seen since World War II. In some European countries, debt is growing so fast that it is outpacing the size of national economies.

But interest rates for many rich nations are around zero because of years of low inflation. While the amount of debt that countries have taken on has grown, the amount that governments pay to service the debt has not.

So can there be such a thing as a free lunch after all? In the current unusual zero-interest world, maybe yes.

Governments are borrowing heavily, issuing an ever growing pile of bonds. The European Central Bank is helping by buying large chunks of that debt, pushing already low interest rates lower still, and creating a mountain of cheap money for countries to tap.

In the United States, President Biden is pursuing an aggressive strategy to combat the pandemic’s toll with a $1.9 trillion economic aid plan. While the national debt is now almost as large as the economy, supporters say the benefits of spending big now outweigh the costs of higher debt.

In Europe, pandemic spending has so far largely focused on floating people and businesses through the crisis. For Mr. Boreal and millions like him around Europe, the support has been vital for surviving through a sputtering recovery that now threatens to turn into a double-dip recession.

“Without the aid, things would be much worse,” said Mr. Boreal, who receives an after-tax salary of €1,700 (about $2,050) a month while on furlough, financed by the state. “It’s allowing us to ride out the pandemic and hopefully get back to work soon.”

For now, such spending is affordable. And government debt may never have to be fully paid back if central banks keep buying it. Countries can essentially roll over their debt at low interest rates, an operation akin to refinancing a mortgage.

The European Central Bank effectively lent eurozone governments around €1.2 trillion last year, and pledged to continue through summer. Public debt in the euro area could rise as much as €4 trillion by the end of 2023, according to the Institut Montaigne, an independent think tank in Paris.

“If there’s no risk of a return of inflation, then the sky’s the limit for debt,” said Nicolas Véron, a senior fellow at the Peterson Institute for International Economics in Washington.

And that points to the risk in this strategy. Some economists worry that inflation and interest rates could rise if stimulus investment revives growth too rapidly, forcing central banks to put a brake on easy-money policies. If borrowing costs rise, weaker countries could fall into a debt trap, struggling to pay down what they owe.

“If inflation starts to return but there’s no growth, then the situation gets a lot trickier,” said Simon Tilford, director of the Oracle Partnership, a strategic planning firm in London.

And if debt piles up year after year, governments will have a harder time stimulating their economy when the next recession rolls around.

To people in charge of steering their economies through the pandemic, those troubles seem far away.

“We need to reimburse the debt, of course, and to work out a strategy for paying down the debt,” Bruno Le Maire said in an interview with a small group of journalists. “But we won’t do anything before growth returns — that would be crazy.”

For the strategy to work, Europe must act quickly to ensure a robust recovery, economists warn. While leaders approved a €750 billion ($857 billion) stimulus deal last year, countries haven’t been unleashing stimulus spending nearly as rapidly as the United States has to kick-start a revival and create jobs.

“With interest rates at historic lows, the smartest thing we can do is act big,” the new Treasury secretary, Janet L. Yellen, told senators during her confirmation hearing, adding that failing to do so would risk muddling a recovery.

By contrast, “most of what’s been done in Europe is survival support,” said Holger Schmieding, chief economist at Berenberg Bank in London. “The current policies on their own will not bring back growth.”

The International Monetary Fund expects growth to bounce back this year to 5.1 percent in the United States, where Congress authorized a $900 billion package in late December. Europe will lag with a rebound of 4.2 percent, the fund said.

As a more contagious variant of the virus races through Europe, triggering new lockdowns, recoveries that were expected as early as summer may be delayed, with implications for national finances. The halting rollout of vaccines adds a further complication to hopes for economic expansion.

Thomas Flammang, 28, a materials engineer at an aerospace consulting company in Rouen, is under no illusions about the weakness of the recovery.

During his first months on furlough, he kept expecting things to return to normal. Stuck at home, he went for long walks and caught up on his reading. But as weeks stretched into months, the company’s order books never picked up enough for him to return to the job.

Without a full reopening of the economy, things are likely to get worse. “For now, my company has saved our jobs,” Mr. Flammang said. But if things don’t perk up, he said, layoffs may be inevitable.

He sees little light at the end of the tunnel.

“Our generation will have to pay for many things: the baby boomers who retire, the cost of the climate crisis,” Mr. Flammang said.

“And now we are using the printing press for the pandemic, and we will have to pay back all this aid,” he said. “It’s maddening when you think about it.”

After ‘The Voice’ and BET, two Mississippians give one last concert before heading to L.A. Published 6:45 am Monday, January 30, 2023 … END_OF_DOCUMENT_TOKEN_TO_BE_REPLACED