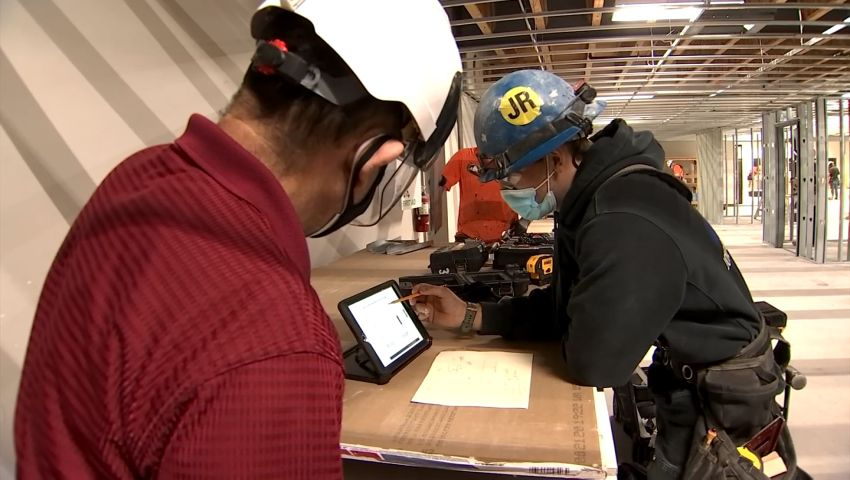 Everett, WA — In the race to recover from the Covid19 Pandemic and recession some industries are leading the charge. KIRO 7 TV is committed to helping our region recover and spotlighting the industries that are offering jobs now – and have the best chance for long term growth and stability.

The Pandemic created an unprecedented recession: four years of economic growth lost, according to a state economist.

But some sectors are recovering faster than others, even looking for more workers. Economist Anneliese Vance-Sherman with Washington’s Employment Security Department says certain companies that don’t have a heavy face-to-face component are hiring.

“I expect to see sectors that have already had a fair amount of stability to continue to have that stability and growth,” says Vance-Sherman.

The shutdown of Washington last year saw restaurants boarded up and hotels empty. Vance-Sherman says jobs connected to leisure and hospitality are still lagging. But there is hope.

“Most industries are on an upward trajectory right now. We are seeing recovery in most sectors,” she says.

Sectors like healthcare, technology, and construction are where the jobs are right now.

Cindy Gaudio is the apprenticeship coordinator for the carpenter’s union and and their program is growing.

She remembers the 2008 recession and says now the situation is flipped. She’s recruiting and wants more people, especially women and minorities.

“In 2008, we ended up having about 250 students because the economy just stalled. And now we have about 850 students,” says Gaudio.

In manufacturing, though, some jobs may never come back. Companies like Boeing consolidated during the pandemic as demand for aircraft and travel collapsed.

Restaurants may not be hiring in larger numbers for months.

Despite that, job numbers for the last few months in western Washington and the north sound region have been good.

“If these last two months are an indicator of what’s to come, then we’re looking at a good turning point,” says Vance-Sherman.

Information technology businesses continue to hire, driven by remote work. Brick and mortar stores shifted sales online so work connected to that is also robust and is where jobs could be located.

Hiring is happening but in some fields, it could take time.

“Statewide, from March to April of last year we lost about 378,000 jobs. And since April we have recovered about 164,000 jobs,” says Vance-Sherman.

So, she says, trending in the right direction.

Find more information about training programs and get help with your job search here.

The excellent 20-year collaboration between FC Bayern and Deutsche Telekom (DT) has been extended to 2027. The two partners will keep delighting … END_OF_DOCUMENT_TOKEN_TO_BE_REPLACED