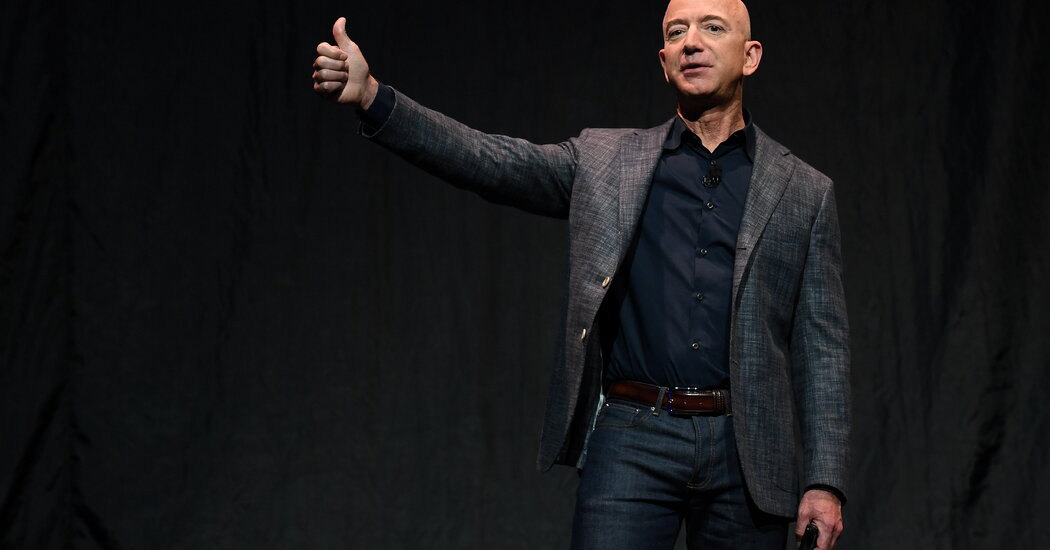 Separating myth from reality in assessing Amazon’s methods has taken on a new urgency, both inside and outside the company, as it contemplates the future without Mr. Bezos at the helm. He announced this month that he would step down as chief executive this summer. So it is timely that two former Amazon executives, Colin Bryar and Bill Carr, have promised to pull back the curtain in their new book, “Working Backwards: Insights, Stories and Secrets from Inside Amazon.”

The authors say they interviewed “many Amazonians both past and present” and, based on the glowing cover blurb, appear to have had at least the tacit consent of current management. That “Working Backwards” is a lot closer to an authorized corporate profile than a tell-all, however, does not necessarily detract from its interest. Mr. Bryar and Mr. Carr each played important roles at the company during critical periods: One as a kind of chief of staff for Mr. Bezos when the Kindle and Amazon Web Services were getting off the ground, and the other started and ran Prime Video. Their portrait of Amazon’s culture and processes is fascinating and revealing, although not always in the ways they intend.

First, the authors aim to reveal the operating philosophies responsible for Amazon’s monumental achievements. Rather than offering a dull catalog of the company’s 14 leadership principles and three implementation mechanisms, Mr. Bryar and Mr. Carr provide concrete and accessible examples of how these are put into practice across a range of functions, from hiring and communications to organizational and product design. Mr. Bezos was clearly not joking when, in his first shareholder letter, he said that at Amazon, employees are not free to choose whether to work “long, hard or smart.” (It has to be all three.)

“Working Backwards” conveys the company’s exhausting focus on customer satisfaction. Many of the individual business practices described, however, are not fundamentally original. Although these often have acquired catchy Amazon-specific labels, many are simply variations on well-known Six Sigma processes and management theories, or practices developed by other companies like Toyota or Microsoft. For example, as the authors put it:

When Amazon teams come across a surprise or a perplexing problem with data, they are relentless until they discover the root cause. Perhaps the most widely used technique at Amazon is the Correction of Errors Process (COE) process, based on the ‘Five Whys’ method developed at Toyota and used by many companies worldwide. When you see an anomaly, ask why it happened and iterate with another ‘Why?’ until you get to the underlying factor that was the real culprit.

This post was contributed by a community member. The views expressed here are the author's own.Are you interested in a career in the growing field of … END_OF_DOCUMENT_TOKEN_TO_BE_REPLACED

After ‘The Voice’ and BET, two Mississippians give one last concert before heading to L.A. Published 6:45 am Monday, January 30, 2023 … END_OF_DOCUMENT_TOKEN_TO_BE_REPLACED